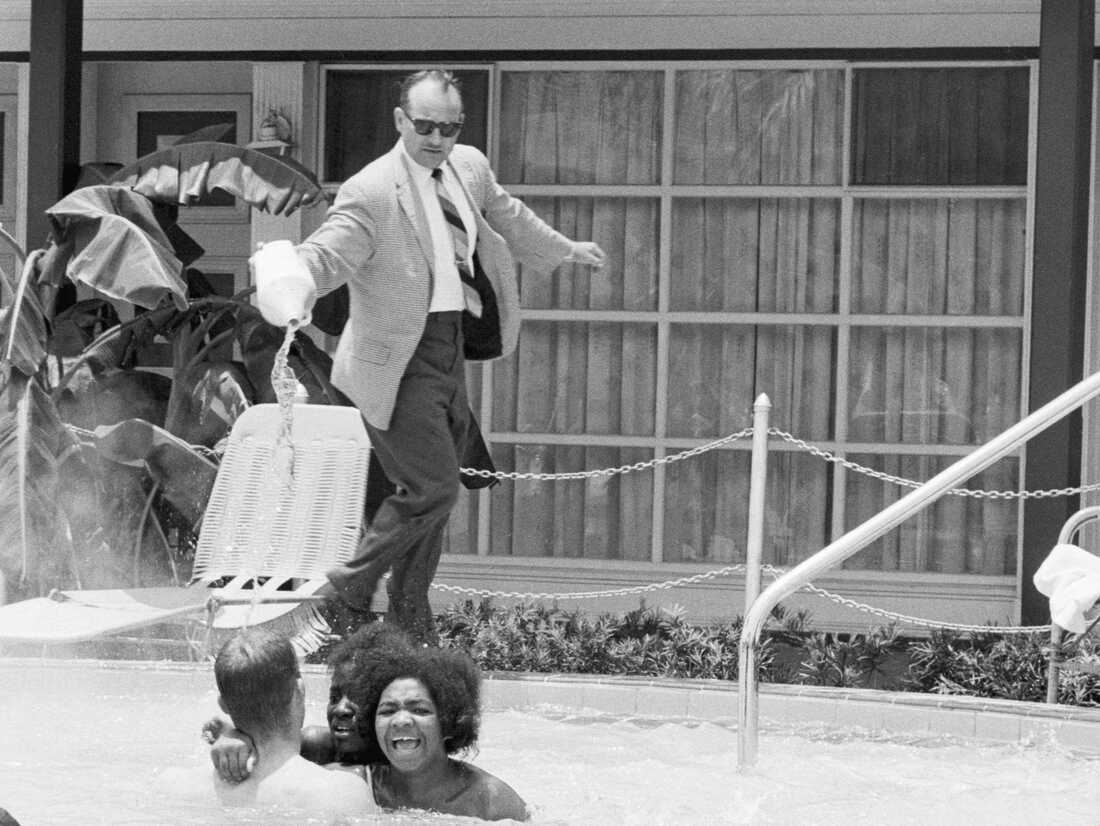 The St. Augustine Movement was a series of civil rights protests that occurred in St. Augustine, Florida between 1963 and 1964. They were led by local branches of the NAACP Youth Council and Southern Christian Leadership Conference (SCLC). The Movement influenced passage of the 1964 Civil Rights Act.

The St. Augustine Movement was organized by Dr. Robert Hayling, a dentist, civil rights activist, and NYC Founder. On July 18, 1963, when a sit-in protest at a local Woolworth’s lunch counter ended in the arrest and imprisonment of 16 young black protestors and seven juveniles, the protestors were offered plea deals but refused them. Four of the arrested juveniles, JoeAnn Anderson, Audrey Nell Edwards, Willie Carl Singleton, and Samuel White, became known as the St. Augustine Four. They were sent to reform school for six months. When their case was publicized by Jackie Robinson, the NAACP, and the Pittsburgh Courier, local authorities released them early in January 1964.

Rare among civil rights leaders at the time, Hayling was an advocate of armed self-defense against the Ku Klux Klan (KKK). In September 1963, Hayling and three other NAACP activists, Clyde Jenkins, James Jackson, and James Hauser, were kidnapped and beaten by the KKK. Florida Highway Patrol officers rescued the four men and St. Johns County Sheriff deputies arrested a Klansman for the beating but charges against him were dismissed. In contrast, Hayling was convicted of criminal assault against KKK members. After that incident, Hayling began calling for Black self-defense and because of his stand, would be removed as head of the Youth Council by national NAACP leaders.

Hayling then turned to Dr. Martin Luther King and SCLC for support as he and other activists began civil rights protests in the spring of 1964. From May to June of that year protestors engaged in marches which were met by violent attacks from white segregationists. Meanwhile hundreds of marchers were arrested and incarcerated.

On June 11, 1964, Dr. King, who had come to St. Augustine to support the protests, was arrested at the white-only Monson Motor Lodge Hotel and Restaurant which had become a central focus of the demonstrators. While in jail, King wrote Letter from the St. Augustine Jail to his friend, Rabbi Israel Dresner in New Jersey urging him to recruit rabbis to come to St. Augustine and participate in the movement. On June 18, 1964, 17 rabbis were arrested at the Monson Motor Lodge Hotel, the largest mass arrest of rabbis in American history. The rabbis wrote their own a manifesto, “What We Want.”

On June 18, 1964, King and Hayling rejected a St Johns County grand jury request that SCLC withdraw for a 30-day cooling-off period. On the same day Black and white protestors jumped into the Monson Motor Lodge swimming pool. In response, hotel manager James Brock poured acid into the pool in an attempt to burn the protesters. Police arrested the protestors as they left the pool.