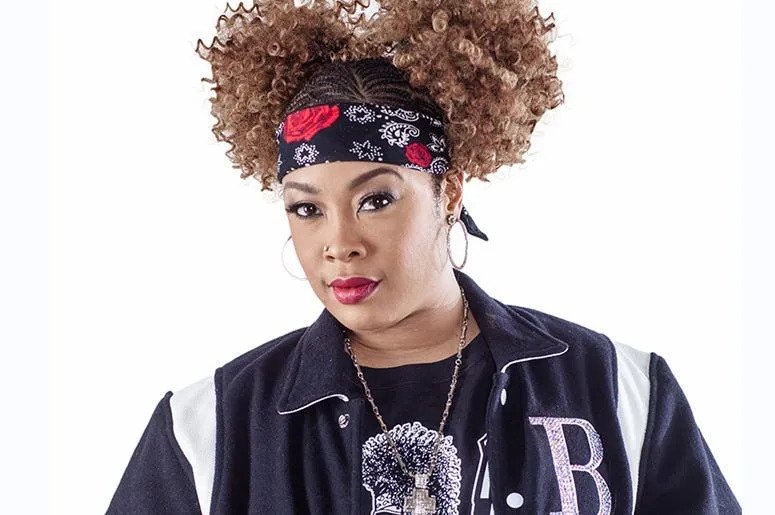 Shawntae “Da Brat” Harris is a rapper and actress. Harris was born on April 14, 1974, to David Ray McCoy, a businessman, and Beverly Calloway, a city bus driver, in Chicago, Illinois. She is the half-sister of actress LisaRaye McCoy. Growing up, Harris lived with her mother and grandmother and attended an Aposlitic church four times a week, where she sang in the choir. Harris attended Kenwood Academy, where she ran track and played basketball. She then transferred to the Academy of Scholastic Achievement, a charter school in Chicago, Illinois, graduating from that institution in 1992.

After graduating, Harris participated in a local rap contest sponsored by Yo! MTV Raps. She won the contest and had the opportunity to meet the hip-hop group, Kris Kross who in turn introduced her to producer Jermaine Dupri Mauldin who signed her to his label, So So Def. Harris adopted the name “Da Brat” because it represented her persona as a spoiled only child growing up.

In 1994, Harris released her debut album, Funkdafied which feature the singles “Funkdafied,” “Fa All Y’all,” and “Give It 2 You.” The album sold a million units and was certified platinum, making her the first female solo rapper to go platinum on her debut album. In 1996, Harris released her second album, Anuthatantrum which featured the singles “Sittin on Top of the World” and “Ghetto Love.” That album sold 500,000 copies and was certified gold.

In 2000, she released her third album, Unrestricted which included the singles, “What’chu Like” and “That’s What I’m Looking For.” This album sold a million units and was certified platinum.  Her fourth album, Limelite, Luv & Niteclubz, released in 2003, with the singles, “In Love with Chu” and “Boom” was not as successful. The album did not sell 500,000 units.

During her career, Harris had worked with artists Marah Carey, Melissa Arnette “Missy Elliot” Elliot, and Shad Gregory “Bow Wow” Moss. She also had an acting career, appearing in the movies Kazaam (1996), Glitter (2001), Carmen: A Hip Hipora (2001), and Civil Brand (2002). She was in the VH1 TV series The Surreal Life in 2005 and in 2007, she was a contestant on Celebrity Fit Club. Since 2015 she has been a co-host of The Rickey Smiley Morning Show, a nationally syndicated radio show. In 2017, Harris became a cast member of the reality TV series, Growing Up Hip Hop in Atlanta. 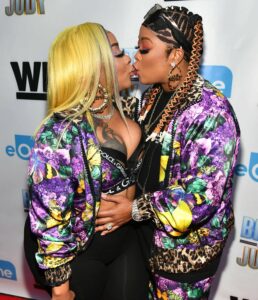 During her career Harris was nominated for two Grammys (1998 and 2004) and two BET Awards (2001 and 2004). She won three Billboard Awards between 1994 and 1995. Harris has also been involved in controversies and legal disputes. In 2001, Harris pleaded guilty to misdemeanor reckless conduct after she battered a woman with a gun in an Atlanta nightclub in 2000. Harris served a year’s probation, performed 80 hours of community service, and paid a $1,000 fine. In 2007, Harris assaulted a hostess, ex-NFL Cheerleader Shayla Stevens, with a rum bottle in an Atlanta nightclub. She pleaded guilty to aggravated assault charges and was sentenced to three years in prison. In 2011, she was released from prison but in 2014 in a civil trial, she was required to pay Stevens, $6.4 million to cover her injuries and past and future earnings losses. In 2020, Harris began a relationship with hair product mogul Jesseca Dupart; The couple married in Georgia in 2022.