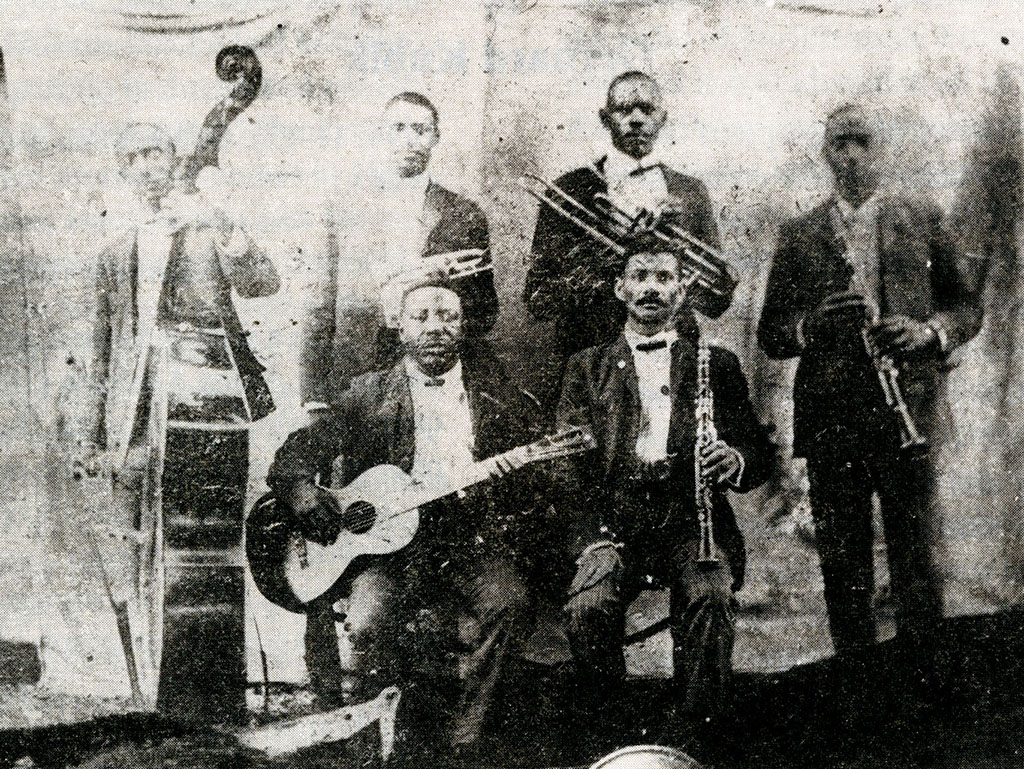 Charles “Buddy” Bolden is said to be the first musician to play jazz music. While this is debatable, it is clear that Bolden’s music helped form the jazz movement. Bolden was born on September 6, 1877 in New Orleans, Louisiana. At the age of six, Bolden’s father died of pneumonia, leaving behind wife, Alice, daughter Cara and young Bolden.  The father’s death led the family to remain close for the rest of their lives.

Bolden began playing the coronet as a teenager.  He joined a small New Orleans dance band led by Charlie Galloway. It was at Galloway’s barber salon that Buddy honed his technical skills as a musician.  By the age of 20 he left the band to begin his own group.

Buddy Bolden’s Band was formed with Bolden as the coronet player, two clarinet players, one guitarist, one bass player and a drummer.  No one in the band could read sheet music so all compositions played were either copied from other bands or created on the spot, helping to generate the spontaneous improvisation that would become a hallmark of jazz.  At one of the band’s first public performances in 1898, Bolden chose to play Home Sweet Home at a send off of American troops bound for Cuba during the Spanish American War. The sentimental song nearly sparked a mutiny by the troops who were reminded of their destination and the fact that some of them would never return to the United States.  From that point Home Sweet Home was banned as a performance at any military war zone send-off.

With the notoriety of that incident, Buddy Bolden’s Band soon became enormously popular in New Orleans and across the South by the beginning of the 20th Century.  Band members became noted for their improvised performances.  Fame and wealth, however, began to take a toll on band members and in particular on Bolden.  He became an alcoholic and acquired numerous “girlfriends” across the country.  Bolden also began to exhibit bizarre, often violent behavior reflective of his growing mental illness, schizophrenia.  He lost his position as bandleader after alienating both the performers and many fans.  In 1907, Bolden, only 29, was confined to the East Louisiana State Hospital in Jackson.  Charles “Buddy” Bolden died at that institution 24 years later on November 4, 1931 at the age of 54.