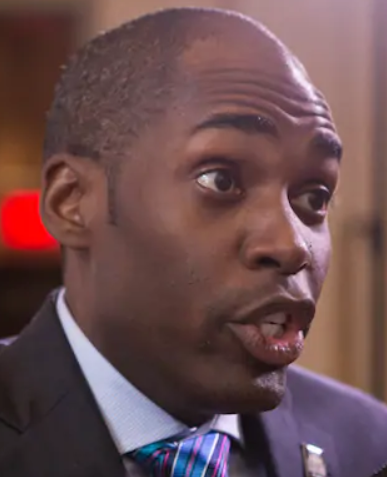 Paris Dennard is a prominent conservative Republican strategist and political commentator. He contributes regularly to CNN and NPR, and worked in the White House for George W. Bush’s administration. In addition, he works as Director of Strategic Communications for the Thurgood Marshall College Fund, a non-partisan organization that supports historically black colleges.

Raised in Phoenix, Arizona, by a single mother, Dennard first became involved with politics as a teenager. While attending an all-boys Jesuit high school, he joined Teen Age Republicans (TAR), the GOP’s youth wing. At age 17, he represented TAR in a speech to the 2000 Republican National Convention.

In 2005, Dennard earned a double degree in Political Science and Public Relations from Pepperdine University. While at school, he served as Freshman Class President in the Student Government Association and was involved with numerous student organizations. During his last year of university, he started an internship in the White House.

His internship led to a staff position in the administration, spending nearly two years in the Office of Political Affairs. In mid-2007, he became the Black Outreach Director, responsible for maintaining relationships between the White House and the African American community. He also worked with the Office for Legislative Affairs, coordinating meetings between President Bush’s staff and House of Representatives members.

After Bush left office, Dennard worked in outreach and communications for the Republican National Committee (RNC), a private law firm, and the McCain Institute for International Leadership. In 2015, he began working with the Thurgood Marshall College Fund (TMCF), eventually taking on his current role as Director of Strategic Communications in mid-2016.

Dennard is a vocal supporter of President Donald Trump, who is very unpopular with African Americans. As a result, some black activists have questioned his ability to separate his politics from his work with historically black colleges. However, he considers his political views an asset, stating that he can effectively advocate for TMCF in Republican circles.

In addition, Dennard has engaged in heated public debates while on air. Many of his arguments with liberal African Americans have resulted in clashes over race. In a December 2017 appearance with A. Scott Bolden, a Democratic Partly consultant, the two fiercely debated Dennard’s political views “as a black man” while discussing Donald Trump’s visit to the Mississippi Civil Rights Museum.