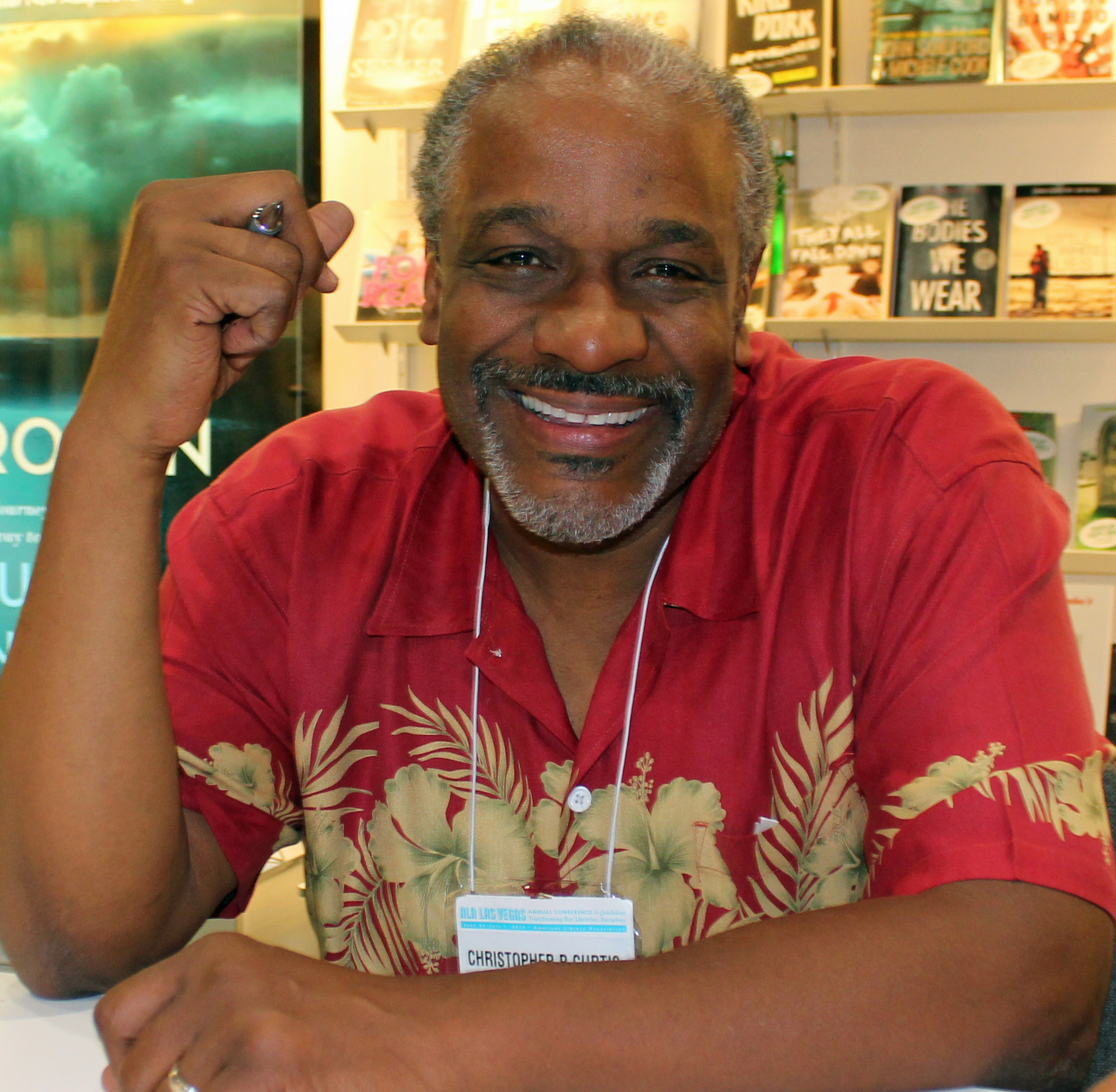 Christopher Paul Curtis is an American children’s book author. He was born on May 10, 1953, in Flint, Michigan, and the city serves a setting in some of his books. His parents were Dr. Herman E. Curtis, a chiropodist, and Leslie Curtis, an educator. He had four siblings: an older sister named Lindsey, and younger siblings Cydney, David, and Sarah. After graduating high school, he worked in an automobile factory and took night classes in the meantime. He went to the University of Michigan-Flint full-time, after working for several years, and graduated in 2000.

His first book, The Watsons Go to Birmingham–1963, was created after he quit his thirteen-year job at the Flint Fisher Body plant and dedicated a year to writing. It was the first children’s book to win both the prestigious Newbery Medal and the Coretta Scott King Prize. His second book, Bud, Not Buddy, was another hit, winning the aforementioned awards, as well. The story is a partially fictional account around the life of Curtis’s grandfather, who was the leader of the band Herman Curtis and the Dusky Devastators of the Depression during the 1930s. Curtis has been awarded dozens of other accolades for his eight published works. His latest book, Elijah of Buxton, won the Newbery, the Coretta Scott King Author Award, and the Scott O’Dell Award for Historical Fiction in 2008.

In 2009 Curtis launched a project called “Writing Adventures” hosted at UM-Flint. The program, geared toward Flint’s fourth graders, has students attend a talk by Curtis about his life and writing career and how young people can get started in creative writing. Then he gives two prompts for students to write a narrative essay, which then is submitted for a citywide competition.

Curtis currently resides in Windsor, Canada, with his wife Kaysandra Sookram Curtis and two children, Steven, born in 1978 and Cydney born in 1992.