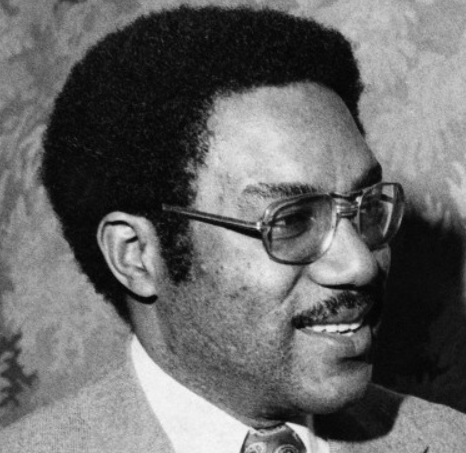 Julius LeVonne Chambers was a twentieth century African-American civil rights activist and lawyer. Born October 6, 1936, to William and Matilda Chambers in Mt. Gilead, a small town in Montgomery County, North Carolina, he faced segregationist laws from birth. Opportunities for young black people such as Julius and his three siblings in Montgomery County were scarce; the white school board allocated almost no resources to the few local black schools. As a result, nearly half of black students in the area did not complete the eighth grade.

In 1948 Julius’s father was cheated by a white customer at his auto repair shop, but due to institutional discrimination, he could not press charges. Consequently, the family suffered a financial setback and had to send Julius to the local black high school instead of the vastly superior Laurinburg Institute, which his older siblings had attended. Chambers did well in school, but due to the low quality of his education, he graduated unprepared for college. Despite poor test scores, he was admitted to North Carolina College in 1954.

Chambers earned a second master’s degree in law from New York’s Columbia University in 1964. While at Columbia, he was selected to intern for the National Association for the Advancement of Colored People Legal Defense Fund (NAACP-LDF) by Thurgood Marshall, who would later become the first African-American justice on the Supreme Court. After finishing at Columbia, Chambers returned to North Carolina to start a law practice in Charlotte.

With the recruitment of other lawyers, both black and white, Chambers’s firm became the first integrated law practice in North Carolina. The firm took on civil rights cases, making Chambers the target of white supremacists. In 1965 his car and home were bombed, followed by his office in 1971. Over twenty years of practice and several major cases, Chambers’s firm became a leader in the legal campaign for civil rights.

From 1984 to 1993, Chambers served the NAACP-LDF as their third director-counsel. Under his leadership, the NAACP-LDF successfully defended affirmative action and other civil rights laws. In 1993 he returned to North Carolina College, now called North Carolina Central University, to serve as the institution’s chancellor (president). He remained in this role until 2001, at which point he resumed his law practice.