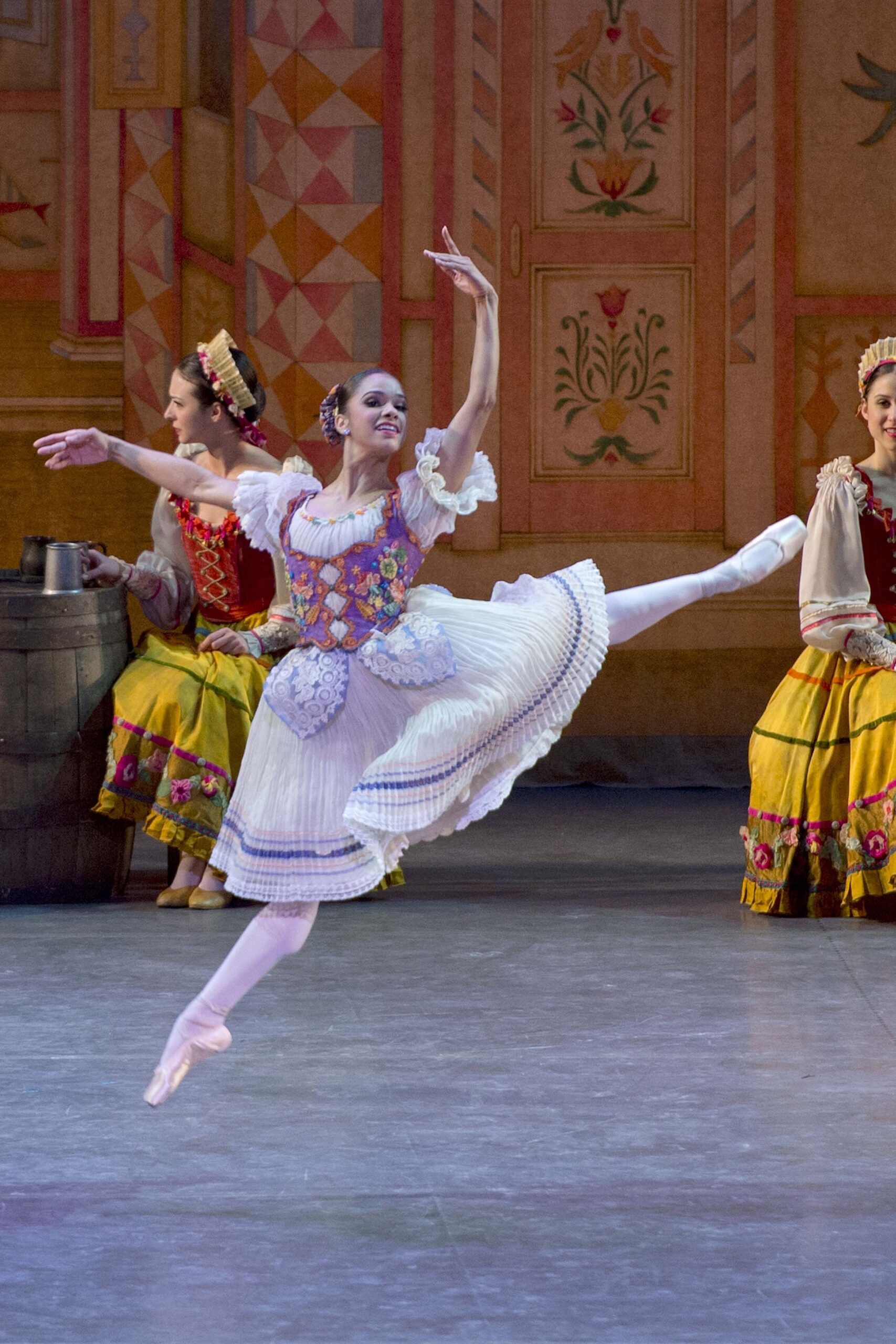 Born on September 10, 1982 in Kansas City, Missouri, the youngest of Sylvia DelaCerna’s four children from DelaCerna’s second marriage, Copeland also has two younger half siblings.  After her second marriage failed, DelaCerna moved her family to San Pedro, a port district of the city of Los Angeles.

At San Pedro’s Dana Middle School, when she was 13 years old, Copeland came to the attention of her drill team coach, who noticed her talent and encouraged Copeland to take her first ballet lessons on a basketball court at the local Boys and Girls Club.  There, her first ballet teacher, Cynthia Bradley, observed Copeland’s classical ballet dancer’s physique, an extremely supple back, arched feet, and hyper-extended legs, and offered to drive Copeland to attend classes at the San Pedro Dance Center, where Copeland’s more serious ballet training began.

Even though Copeland began ballet lessons at a late age, after only eight months of dance lessons she performed the role of Clara in The Nutcracker.  A bigger role in Don Quixote soon followed, as well as the starring role in The Chocolate Nutcracker, an African American take on the tale, narrated by Debbie Allen.  By age 15 Copeland won first place at the prestigious Los Angeles Music Center Spotlight Awards.  In 1998 Copeland received a full scholarship to attend The San Francisco Ballet’s Summer Intensive Program.  In 2000 Copeland again received a full scholarship, this time with ABT’s Summer Intensive Program.  Of the 150 dancers in the program, Copeland was chosen as one of the six to join ABT’s Studio Company.

The next year, in 2001, Copeland joined ABT as a member of the corps de ballet, and in August 2007 she became ABT’s first African American soloist in nearly 30 years, and the third ever since ABT’s inception in 1940.

Copeland has performed as the Mazurka Lady in Coppélia, Odalisque in Le Corsaire, the Saracen Dancer in Raymonda, the lead gypsy in Don Quixote, and the title role in a new choreography of Firebird.

In 2008 Copeland won the 2008 Leonore Annenberg Fellowship in the Arts. In the spring of 2012 Copeland was inducted into the Boys & Girls Club National Hall of Fame, the organization where Copeland, as a 13-year-old, took her first ballet lessons.