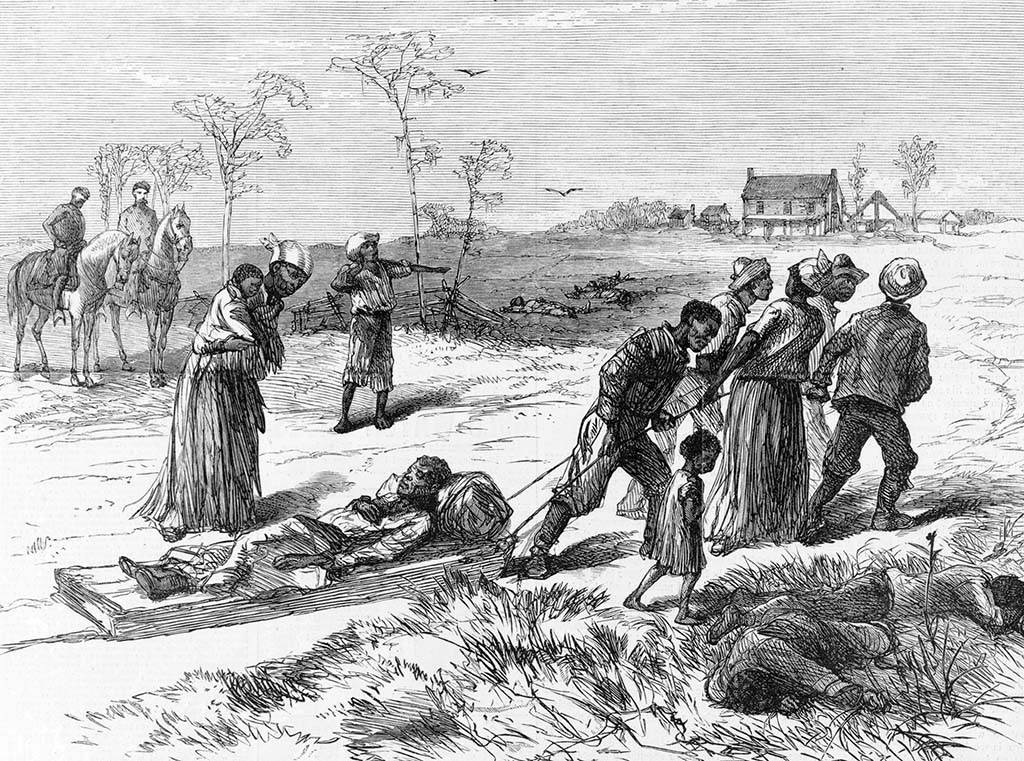 The Colfax Massacre occurred on April 13, 1873. The battle-turned-massacre took place in the small town of Colfax, Louisiana as a clash between blacks and whites.  Three whites and an estimated 150 blacks died in the conflict.

The massacre took place against the backdrop of racial tensions following the hotly contested Louisiana governor’s race of 1872.  While the Republicans narrowly won the contest and retained control of the state, white Democrats, angry over the defeat, vowed revenge.  In Colfax Parish (county) as in other areas of the state, they organized a white militia to directly challenge the mostly black state militia under the control of the governor.

Colfax Parish reflected the political and racial divide in Louisiana.  Its 4,600 voters in the 1872 election were split between approximately 2,400 hundred mostly black Republican voters and 2,200 white Democratic voters.  One incident however, touched off the Colfax Massacre.  On March 28, local white Democratic leaders called for armed supporters to help them take the Colfax Parish Courthouse from the black and white GOP officeholders on April 1.  The Republicans responded by urging their mostly black supporters to defend them.  Although nothing happened on April 1, the next day fighting erupted between the two groups.

On April 13, Easter Sunday, more than 300 armed white men, including members of white supremacist organizations such as the Knights of White Camellia and the Ku Klux Klan, attacked the courthouse.  When the militia maneuvered a cannon to fire on the courthouse, some of the sixty black defenders fled while others surrendered.  When the leader of the attackers, James Hadnot, was accidentally shot by one of his own men, the white militia responded by shooting the black prisoners.  Those who were wounded in the earlier battle, particularly black militia members, were singled out for execution.  The indiscriminate killing spread to African Americans who had not been at the courthouse and continued into the night.

All told, approximately 150 African Americans were killed, including 48 who were murdered after the battle. Only three whites were killed, and few were injured in the largely one-sided battle of Colfax.

On April 14, the state militia under the control of Republican Governor William Kellogg arrived at the scene and recorded the carnage.  New Orleans police and federal troops also arrived in the next few days to reestablish order.  A total of 97 white militia men were arrested and charged with violation of the U.S. Enforcement Act of 1870 (also known as the Ku Klux Klan Act).  A handful of them were convicted but were eventually released in 1875 when the U.S. Supreme Court in United States v. Cruikshank ruled the Enforcement Act was unconstitutional.  No one was ever arrested by the state of Louisiana or by intimidated local officials.