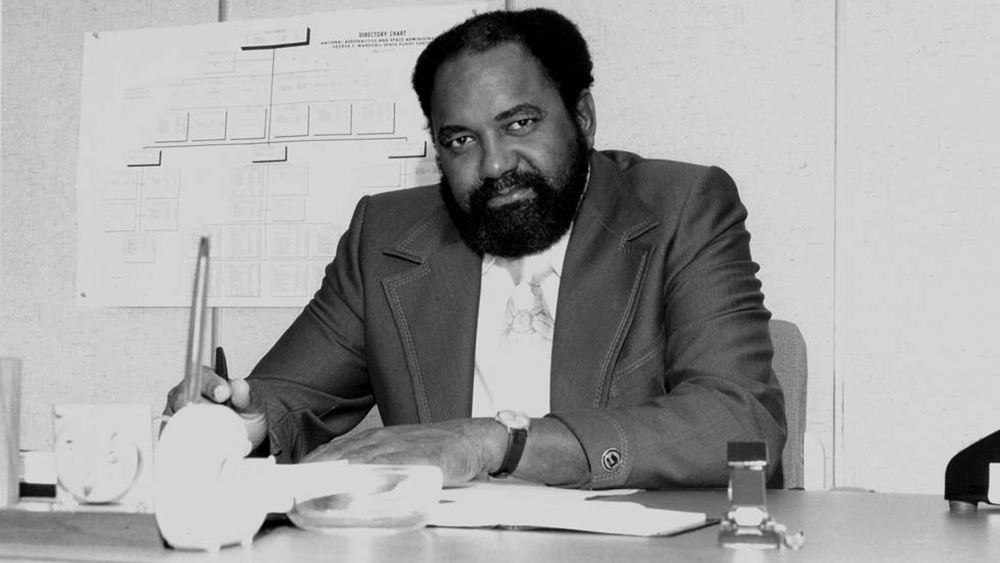 Clyde Foster, scientist and mathematician, was a significant figure who worked for the National Aeronautics and Space Administration (NASA). His calculations helped launch rockets into space and throughout his career he was an advocate for African Americans in Science.

Foster was born in Birmingham, Alabama on November 21, 1931. He received a Bachelor of Science degree in mathematics and chemistry at the Alabama A&M University in 1954 and then completed his graduate studies at the same institution. Foster first taught science in the Dallas County, Alabama school system for a year and then joined the Army as a mathematician technician in 1957. Foster and a team of mathematicians calculated data generated by gauges inside missiles and rocket engines during test flights.

His work led him to join NASA in 1960, working at its Redstone Arsenal facility (now the Marshall Space Flight Center in Huntsville, Alabama. There he envisioned a promising future doing the work that interested him. Still, he faced discrimination as one of the handful of African Americans who worked for the space agency and on one occasion brought an official complaint against a white co-worker to higher-ranking NASA officials about the mistreatment of black workers there. His voice for equal treatment allowed him to become a recruiter for NASA, traveling to colleges around the country calling on African Americans to acquire training in science and thus become able to work for NASA as he did.

Foster’s work in recruitment of African American workers to NASA developed into a Computer Science program at his undergraduate institution, Alabama A&M. In developing the program, Foster faced challenges with getting cooperation from Alabama A&M because of the Jim Crow restrictions across the state and the South. The University was concerned that the program would not be useful for jobs in fields such as teaching, nursing, and farming that it felt were more acceptable for African Americans in the region. Eventually, Foster convinced them of the value of his program. Foster continued his efforts in 1970 in his new position with the newly created NASA Equal Employment Opportunity Office.

Foster was also involved in his community. He was appointed mayor of Tirana, Alabama in 1964, becoming one of the first African Americans to hold that position in the state. While there he was able to make improvements in housing and employment in the small community. In 1974 Foster was appointed to the Alabama Commission of Higher Education.