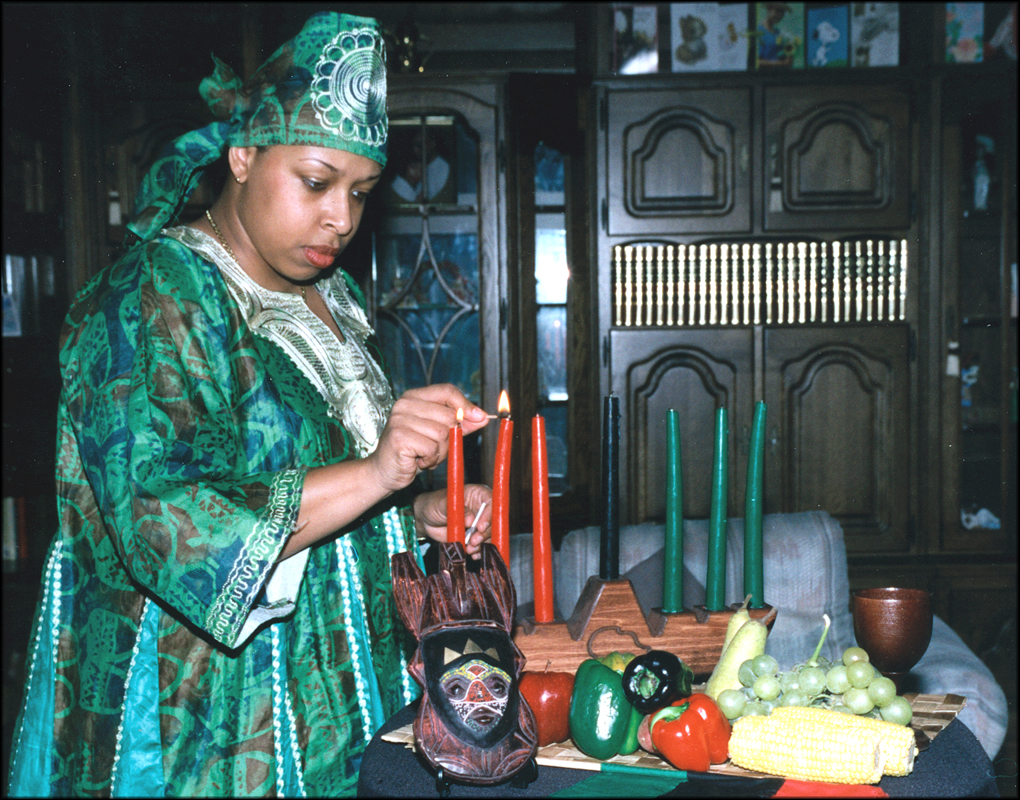 Kwanzaa is an annual African American celebration of history, pride, and culture. It is observed between December 26 and January 1 of each year. The celebration was created in 1966 by Maulana Karenga, in the wake of the 1965 Watts Rebellion and based on African harvest festival traditions and the Swahili language. Karenga was a major figure in the Black Power Movement of the 1960s, and his goal in creating celebration was to give black people an alternative to the highly commercialized Christmas holiday and provide an opportunity to instill pride, create a sense of identity, purpose, and direction for people of African ancestry. In his 1997 book Kwanzaa: A Celebration of Family, Community, and Culture, he clarified earlier misconceptions stating that “Kwanzaa was not created to give people an alternative to their own religion or religious holidays, but in addition to them.” The clarification was felt necessary so as to not offend or alienate practicing Christians or people of other religious faiths.

Kwanzaa derives from the Swahili phrase “Matunda ya kwanza,” which means “first fruits.” He also borrowed from the first fruit festivals held in Southern Africa in December and January, in conjunction with the southern solstice. The celebration based on seven principles called Nguzo Saba, with one celebrated each of the seven days:

Families who celebrate Kwanzaa normally decorate their homes with objects of African art, and colorful kente cloth and display fresh fruits. During Kwanzaa celebrations, libations may be shared through a community cup and also poured in remembrance of ancestors. Often a drum circle is formed, there is a reading of the African pledge and the Principles of Blackness, a candle lighting ritual and finally, a feast of faith. The greeting for each day is Habari Gani, the Swahili for “How are you?”. A communal feast called Karamu is usually held on the 6th day of Kwanzaa.