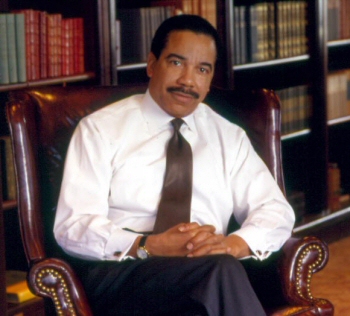 Paul Chiles is the youngest of three children, born to Ruth and Raymond Chiles in Spokane, Washington on April 11, 1949. Raised in Seattle, he graduated from Garfield High School. Chiles was drawn to civil rights at an early age and founded the Black Student Union at Seattle University.  After graduation in 1972, Chiles earned a masters degree from the Graduate School of Public Affairs at the University of Washington in 1974.

In 1990 Chiles founded Chiles & Company, Inc., a commercial real estate services firm, specializing in all phases of acquisition, disposition, leasing decisions and property management for non-profit and some profit companies.  He remains President of the firm.

In 1974, Chiles was hired by Coldwell Banker Commercial (currently known as CB/Richard Ellis) in the Seattle office. At that time when Coldwell Banker had 8,800 employees nationally, Chiles was the first African American employed. Initially shunned by his colleagues, Chiles went on to become the top broker in earnings and eventually became Vice President for Investments.

Chiles has taught courses in commercial real estate at the University of Washington and other institutions of higher learning.  He is also President of the 4500-member Commercial Brokers Association (CBA), a member owned cooperative committed to its mission of helping members increase their productivity with up-to-date commercial real estate listing information. Chiles first served as president of the CBA in 2000.  Chiles has served four Governors on the Washington State Real Estate Commission since 1992, longer than anyone in Washington State history.

Chiles, a Counselor of Real Estate, one of 1100 worldwide to hold that designation, has led teams to seek real estate solutions to economic challenges without compensation, at Tougaloo College in Jackson, Mississippi and the University of Texas at El Paso, predominately black and Latino institutions, respectively.

Chiles has also served for 10 years as the Board Chair of the Urban League of Metropolitan Seattle and has used his real estate expertise to facilitate and oversee the development of the Northwest African American Museum together with 36 apartment units on behalf of the Urban League.