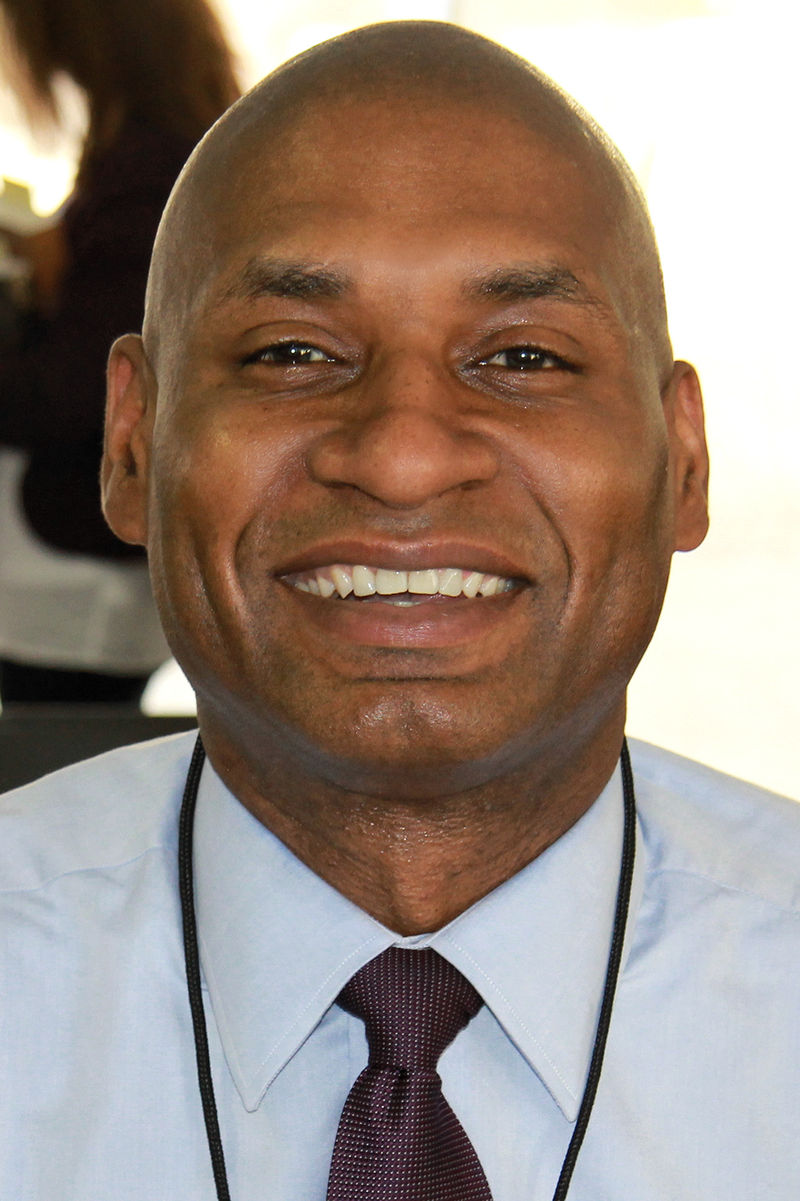 Charles Blow is an American journalist, commentator, and op-ed columnist for The New York Times. Born to Spinner and Billie Blow on August 11, 1970, Charles McRay Blow grew up the fifth of five sons in Gibsland, a town in Bienville Parish in northern Louisiana known primarily for the killing of the notorious criminal couple, Bonnie and Clyde in 1934.

Blow grew up with a gambling, hard-drinking, peripatetic father and a doting mother. A teacher and school administrator, Billie Blow raised her sons on her own in their small, predominantly African American town.

Looking to his mother for inspiration and guidance, Blow founded his high school newspaper, writing letters to the editor of the Shreveport Times in between his studies. He graduated as valedictorian from Gibsland Coleman High School in 1988.

A star athlete and the recipient of several scholarships, he attended Grambling State University where he served as a president of the Grambling chapter of Kappa Alpha Psi Fraternity. Honing his love of language and writing skills while working part time at the Shreveport Times and as editor-in-chief of the student paper, The Gramblinite led to an internship at the New York Times.

In 1991, Blow graduated magna cum laude with a bachelor’s degree in mass communications. After graduation and marriage to his college sweetheart, he worked as a graphic artist at the Detroit News before taking a job as The New York Times Graphics Editor in 1994, a position he would hold for nine years. As the youngest department head in the New York Times’s history, he helped the newspaper win “best of show” from the Society of News Design for the paper’s information graphics coverage of 9/11. It was the first time the award had been given for graphics coverage. Under Blow’s stewardship, the paper also won its first two “best in show” awards from the Malofiej International Infographics Summit.

Blow was Design Director for News until 2006 when he left for a position as the Art Director of National Geographic Magazine. He wedded the visual to the written word when he was made the first ever Visual Op-ed columnist for The New York Times in the spring of 2008. The widely read column, which employs words plus graphs and charts, began as a bi-monthly but became a bi-weekly feature in 2014.

Primarily known for regularly sharing his passionate, sometimes controversial opinions on race and politics on CNN, MSNBC, and Al Jazeera among other media outlets, Blow’s public got a different view of the writer in 2014 when he released his memoir.

Fire Shut Up In My Bones reveals how raised in poverty and often left to his own devices, Blow was molested by an older cousin for the first time at the age of seven and then again, barely in his teens, by an uncle. He credits this early trauma with setting him on the path of questioning his character and sexual identity. Blow and his wife, whom he calls Greta in his memoir, divorced in 2000 and he subsequently came out to his children and the public as bi-sexual.