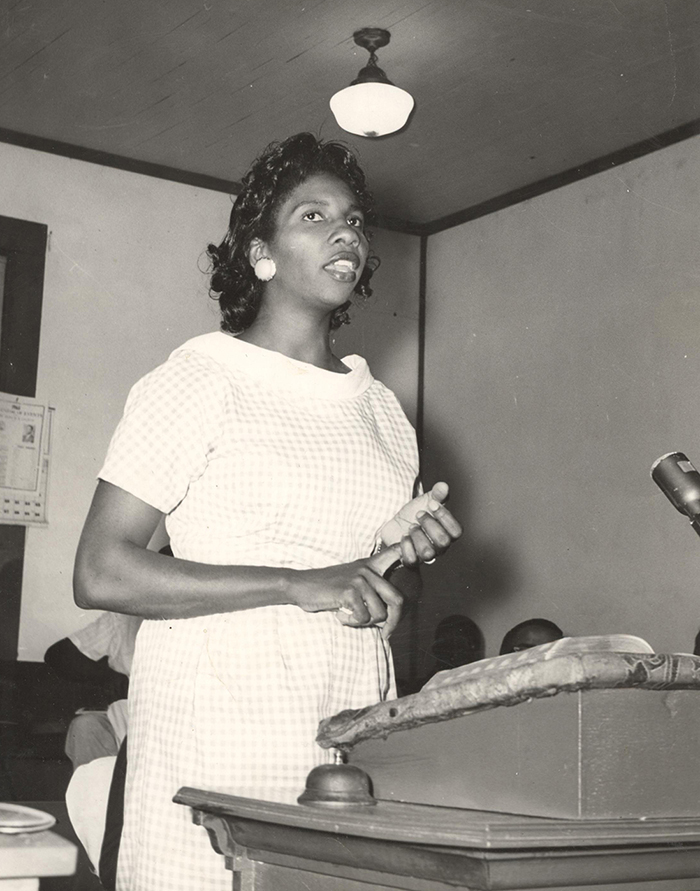 Viola Harris continued her education at Jackson State Community College and Memphis State University and later became a registered cosmetologist. When her husband, John McFerren, started participating in the voting registration drives for African Americans in Fayette County in the summer of 1959, she initially advised him not to get involved fearing for his safety. As McFerren and the other activists registered more voters, she changed her mind and supported his efforts. Since many of the new voters were sharecroppers, Fayette County white landowners retaliated by evicting the sharecroppers from their farms and plantations. John McFerren and two black farmers, Shepard Towles and Gertrude Beasley, set up homes on their land for evicted families in surplus army tents. The encampments became known as Tent City.

In 1959, Viola Harris McFerren founded the Fayette County Civic and Welfare League Inc., later renamed the Original Fayette County Civic and Welfare League Inc. In 1964, she drafted the first proposal for a Head Start program in Fayette County. Her proposal received federal funding for kindergarten and adult basic education programs. In 1965, Viola Harris was a plaintiff in the Fayette County School desegregation case that was filed on behalf of her son, John McFerren Jr. The McFerrens were represented by Nashville civil rights attorney Avon N. Williams Jr. In 1970, Viola Harris and other plaintiffs filed suit when the Fayette County School board fired 13 teachers for their civil rights activities. After the federal court ruled in favor of the dismissed teachers, blacks began to serve on the board of education, and new school facilities were constructed.

In 1966, Viola Harris McFerren was appointed by President Lyndon B. Johnson to serve as a member of the National Advisory Committee of the U.S. Office of Economic Opportunity. She was also a charter member of the Fayette County Economic Development Commission and later received a Certificate of Commendation from President Richard Nixon. In 1989, she was one of 50 West Tennessee Volunteers honored by President George H.W. Bush. In 1992, she received the 1992 Women of Achievement in Heroism Award from the Women of Achievement organization.

Viola Harris McFerren died on April 22, 2013, from natural causes in Fayette County, Tennessee at the age of 81.