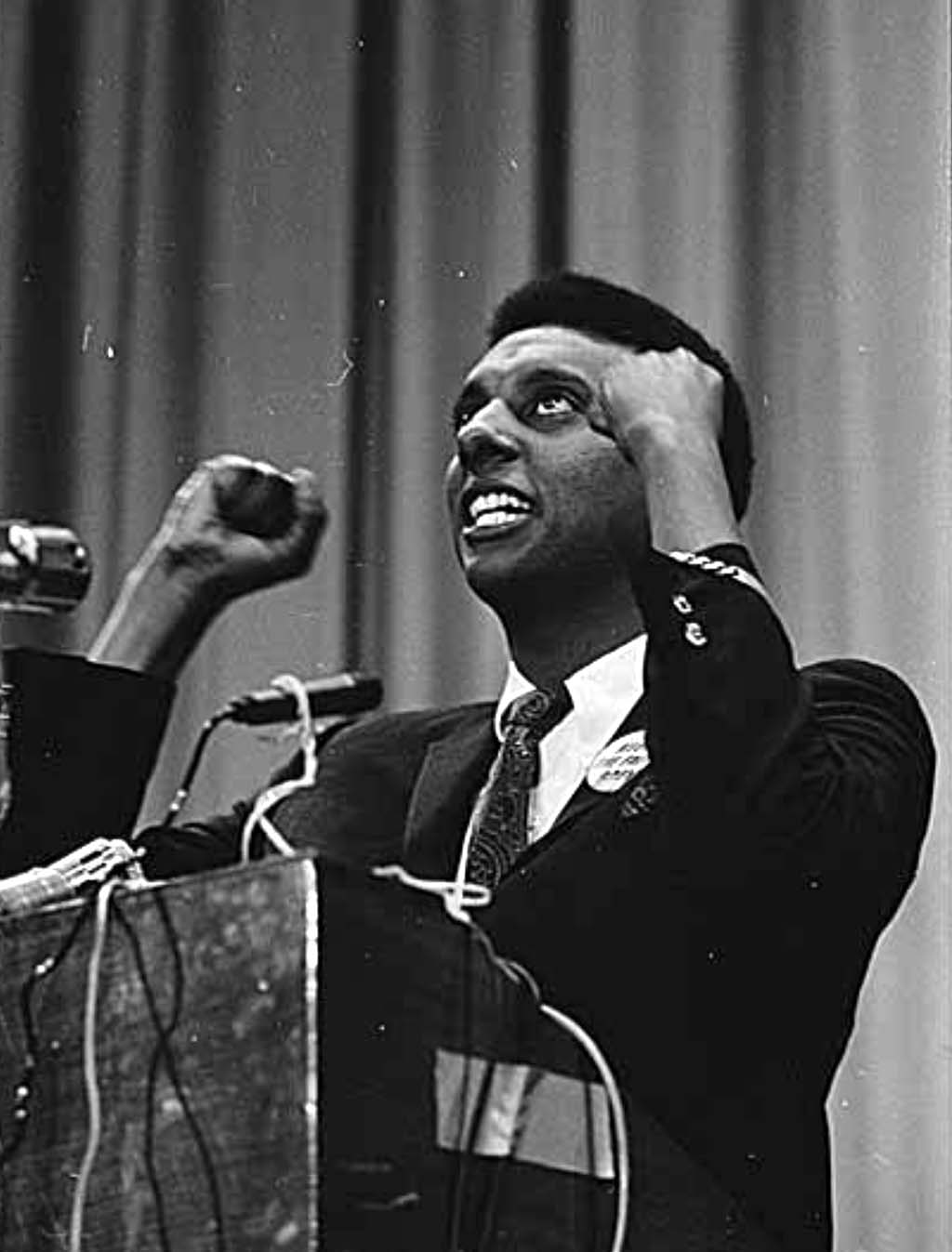 A civil rights leader, antiwar activist, and Pan-African revolutionary, Stokely Carmichael is best known for popularizing the slogan “Black Power,” which in the mid-1960s galvanized a movement toward more militant and separatist assertions of black identity, nationalism, and empowerment and away from the liberal, interracial pacifism of Martin Luther King and the Southern Christian Leadership Conference (SCLC).

Carmichael was born on June 29, 1941 in Port of Spain, Trinidad. His family moved to New York City, New York when he was eleven. He showed promise as a young student and was accepted into the mostly white Bronx High School of Science in 1956. He attended Howard University and joined the newly formed Student Non-Violent Coordinating Committee (SNCC) in 1960. He participated in SNCC sit-ins and Freedom Rides throughout the Deep South, and when SNCC turned its attention to voter registration, Carmichael led the campaign that established the Lowndes County Freedom Organization, a symbolic forerunner to the Black Panther Party.

In 1964, Carmichael graduated from Howard and, along with other young SNCC activists, became increasingly frustrated with the movement’s reliance on white liberals and its advocacy of non-violent reform, especially in the wake of the Democratic Party’s betrayal of the Mississippi Freedom Democratic Party. In May 1965, Carmichael was elected to replace John Lewis as SNCC chairman, formalizing the shift in SNCC’s ideology. During a 1966 march in Mississippi, Carmichael first proclaimed “Black Power.” The slogan, and Carmichael’s subsequent efforts to both define it and put it into practice, turned him into a media celebrity and a lightning rod for white criticism and government repression. “Black Power” fragmented the liberal civil rights coalition of the 1950s and early 1960s but inspired subsequent groups such as the Black Panther Party, which, despite ideological disagreements, named Carmichael as its Honorary Prime Minister in 1968.

Carmichael spent the last decades of his life abroad, denouncing U.S. racism and imperialism while working to build the All African Peoples Revolutionary Party. He changed his name to Kwame Ture in 1968, in honor of his friends and political allies, Pan-African leaders Sekou Touré and Kwame Nkrumah. In 1969, Ture settled permanently in Conakry, Guinea where he died of prostate cancer in 1998.