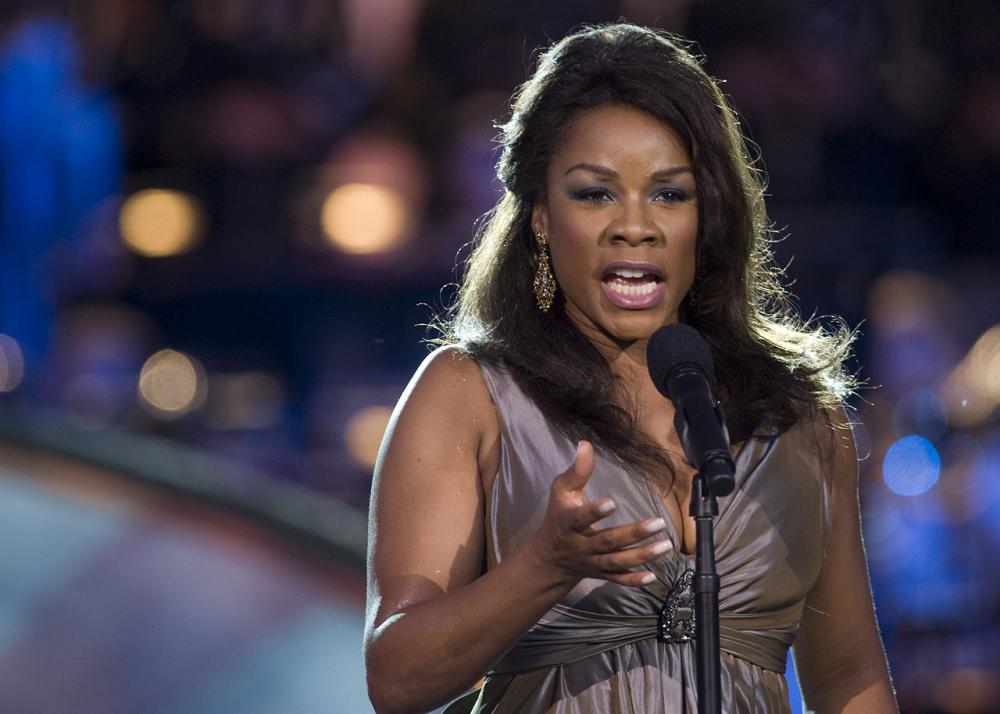 Denyce Graves is a renowned mezzo-soprano opera singer. She has performed at opera houses around the world and is best known for her roles in Carmen and Samson et Dalila.

Denyce Graves was born on March 7, 1964 to parents Charles Graves and Dorothy Graves-Kenner in Washington D.C. She was raised by her mother in Southeast Washington, the middle child of three. For her education she attended the Duke Ellington School of the Arts from which she graduated in 1981. Graves then studied voice at the Oberlin Conservatory of Music and the New England Conservatory. In 1998, Graves received an honorary doctorate from Oberlin in Ohio for her accomplishments in music.

After continuing her training once she graduated from college, Graves’ major career break came in 1995 when she performed at the Metropolitan Opera in New York City, New York in the role of Carmen. She was hailed by opera critics and her audience and subsequently she has performed at venues all over the world including Covent Garden in London, UK; the San Francisco (California) Opera; the Washington National Opera, and the Théâtre Musical de Paris in France among other venues.

Graves has become well known outside of the world of opera as well and expanded her musical range to include gospeland patriotic music. Graves has been invited to perform at the White House numerous times and often gives performances to raise funds for charitable causes, with the most notable being a series of performances after the tragic events that took place on September 11th, 2001.

In 2003, Graves became a Cultural Ambassador for the United States and traveled to Poland, Venezuela, and Romania for the State Department. In addition, Graves has frequently appeared on popular television shows like The Oprah Winfrey Show, Larry King Live, and Sesame Street, and in 1996 she was the subject of an award-winning profile on 60 Minutes. Most recently in September of 2016, Graves helped to open the new National Museum of African American History and Culture. She sang “Lift Every Voice and Sing” with the Voices of Tomorrow Choir at the dedication ceremony in Washington, D.C.

Although Graves’ has been incredibly successful professionally, she faced multiple health and personal obstacles in order to continue working and performing. In 2000, Graves’ vocal chords became injured and started bleeding, causing her to undergo surgery and cancel months of performances. She married David Perry, a classical guitarist who also became her business partner, in 1990 and the couple divorced in 2001. Graves has one child, a daughter, Ella, who was born in 2004. Graves met her current husband, Robert Montgomery, a doctor at Johns Hopkins University Hospital, in 2006. The couple married on June 29, 2009 and have been together since then. Denyce Graves is currently an instructor at the Johns Hopkins Peabody Institute in Baltimore, Maryland where she is a voice teacher. She resides in Bethesda, Maryland with her husband and daughter.