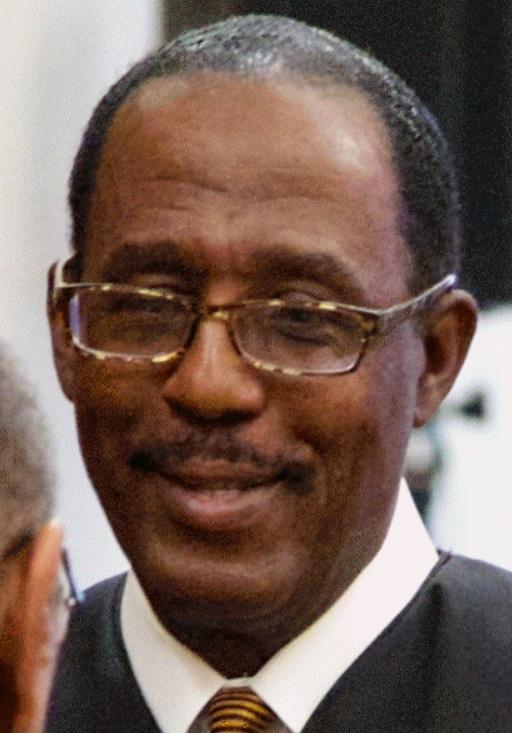 Born in Oklahoma City, Oklahoma on December 30, 1949, Tom Colbert was the first African American Chief Justice of the Oklahoma Supreme Court. Raised by his single mother, Edith Colbert, with four other siblings, he grew up in Sapulpa, Oklahoma, a small town near Oklahoma City, and graduated from Sapulpa High School.

In 1970, Colbert earned his associate’s degree from Eastern Oklahoma State College, and in 1973, he earned his bachelor’s degree from Kentucky State University. Colbert then served in the United States Army, was honorably discharged in 1975, and enrolled at Eastern Kentucky University where he earned a master’s degree in health education in 1976. With the master’s, he moved to Chicago, Illinois to teach in the public schools. Six years later in 1982, he received his Juris Doctorate (J.D.) from University of Oklahoma and soon after was named the assistant dean of Marquette University Law School in Milwaukee, Wisconsin (1982-1984). From 1984 to 1986 Colbert served as Assistant District Attorney in Oklahoma County.

From 1986 to 2000, Colbert worked for the private law practice Miles-LaGrange & Colbert in Oklahoma City which was renamed to Colbert and Associates in 1989. Colbert’s law practice partner, Vicki Miles-LaGrange, is now the chief judge of the U.S. District Court for the Western District of Oklahoma.  From 1988 to 1989 and 1999 to 2000 Colbert also worked for the Oklahoma Department of Human Services as the assistant general counsel.

Colbert is a member of the Tulsa Bar Association, the Oklahoma Bar Association, the American Bar Association and the National Bar Association. As well as being a frequent speaker at schools, a mentor for young men, a part of a summer reading program for children, and a participant in the Track & Field Masters Level, he has also been honored with many awards. He received the Tulsa Community College Service award in 2004. In 2005, he received the Eastern Oklahoma State College Hall of Fame, the Thurgood Marshall Award of Excellence and the OU Black Alumni Society—Trailblazer Award. In 2006, he was inducted into the Kentucky State University Athletic Hall of Fame. In 2013, he received an HBCU Award for Male Alumnus of the Year, the Oklahoma City/ County Historical Society – Pathmaker Award and the Ada Lois Sipuel Fisher Diversity Award.

After his two-year term as Chief Justice, Tom Colbert continues to serve on the Supreme Court for the 6th judicial district. Tom Colbert is married to Doretha Guion and they have three grown children together.