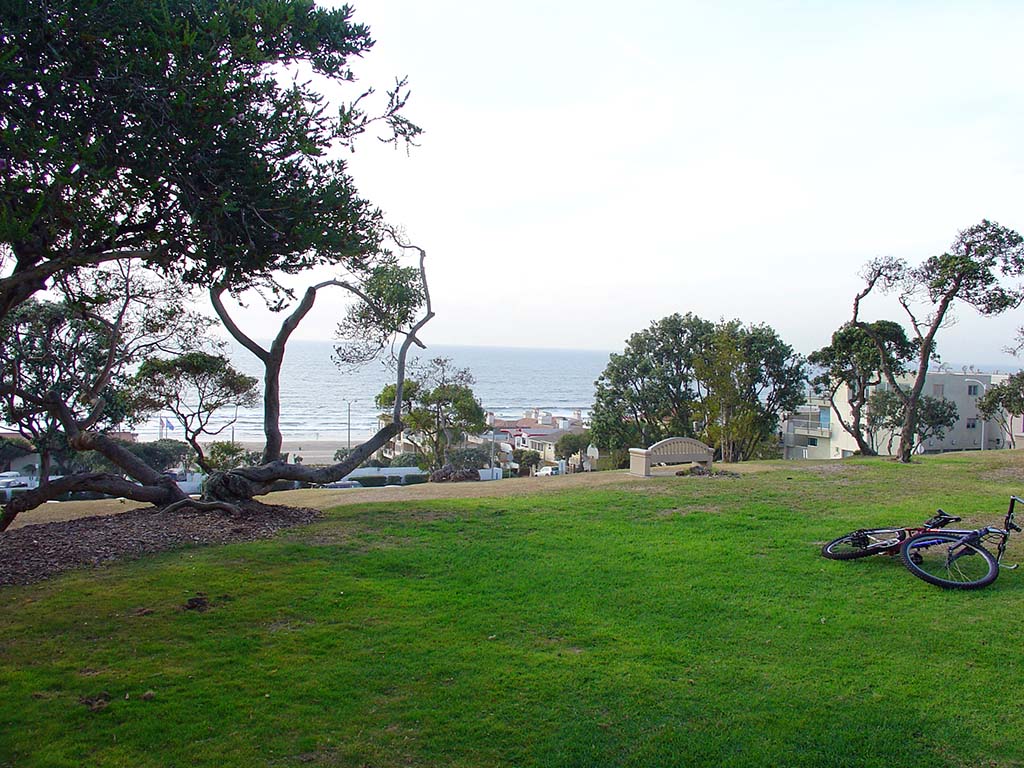 When incorporated in 1912, George H. Peck (1856-1940), one of the founders of Manhattan Beach, rejected the practice of racial exclusion. A clause written into the city’s deed stipulated that two city blocks of beach-front property would be set aside for African Americans to purchase. This allowed Charles and Willa Bruce, entrepreneurs and new settlers in the community, to purchase the property for $1,225 in 1912. Later adding three additional lots, they built Southern California’s first black beach resort. The admiration for Southern California’s good life and the vision of the new owners encouraged the building of new homes and cottages that would cater exclusively to African American vacationers, many of whom craved the ocean breezes, bathhouses, outdoor sports, dining, and dancing.

As more coastal land became affordable and available for purchase, and the African American population in Los Angeles increased, this brought more black vacationers to Bruce’s Beach, which also meant more white opposition in the white community and resentment towards the black beachfront resort. By the early 1920s, the Ku Klux Klan had garnered a local following who declared the African Americans who frequented Bruce’s Beach were no longer welcome. The city condemned Bruce’s Beach, and some residents pressured black property owners to sell their land at prices below fair market value.  Other properties were seized through eminent domain proceedings commenced in 1924.  These actions forced both the black landholders and most black beachgoers to relocate to the newly established blacks-only section of Santa Monica Beach known as “The Inkwell.”

Manhattan Beach tried to lease the Bruce’s Beach land to a private individual as a whites-only beach but relented in the face of a civil disobedience campaign organized by the NAACP in 1927.  Over time the beach area was called City Park or Beach Front Park.  In 2006, the ownership changed again. In response the Manhattan Beach City Council renamed the area Bruce’s Beach, and it was officially designated as such during a public ceremony on March 31, 2007.

The park sits on a slope overlooking the ocean. It includes rolling grassy terraces with benches and small trees, and is located a few blocks from the beach between 26th and 27th street, and runs west from Highland Avenue to Manhattan Avenue.

On September 30, 2021, California Governor Gavin Newsom officially returned the prime beachfront property to the descendants of  Charles and Willa Bruce.  The ceremony was the result of a law unanimously passed by the California legislature earlier in the month authorizing the return of the property to the Bruce family.