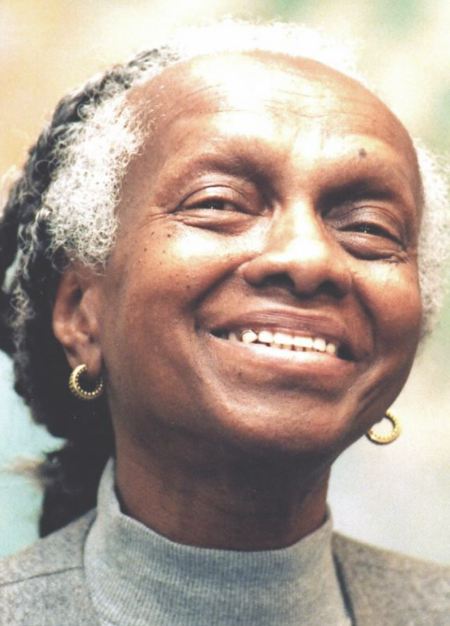 Rosemarie Florence Freeney Harding was a tireless teacher, social worker, civil rights leader, and healer. She was especially known for her deep spirituality and commitment to nonviolence. The youngest of nine siblings, Harding was born in Chicago, Illinois on July 24, 1930 to Dock Freeney, Jr. and Ella Lee Harris Freeney. Both parents and her large, extended family haled from Southwest Georgia. She married Vincent G. Harding in 1960 in Chicago. The couple had two children, Rachel and Jonathan.

Rosemarie Freeney graduated from Goshen College in Goshen, Indiana in 1955. After her marriage she earned a master’s degree in history and women’s studies at Goddard College in 1978 and then a Master of Social Work at the University of Denver in the 1980s. The Hardings moved to the U.S. South in 1961 for direct involvement in the black freedom struggle. As representatives of the Mennonite Service Committee, they founded Mennonite House in Atlanta, Georgia and worked closely with Martin Luther King, Jr. and his family. The House provided hospitality and a place for organizing. Well-known persons they served include Howard Zinn, Fannie Lou Hamer, and Bernice Johnson Reagon.

The Hardings relocated to Pennsylvania in 1974. From 1979-81, they worked at the Pendle Hill Quaker Study Center in Wallingford, Pennsylvania. While there, they created a series of courses on the interconnections between spirituality and social justice. They widened the audience for this content when Vincent accepted a professorship at Iliff School of Theology in Denver, Colorado in 1981. Rosemarie often co-taught with him. They organized the first multiracial delegation to Nicaragua in 1983 through Witness for Peace. In 1986, Rosemarie and Vincent were advisors for the Public Broadcasting System (PBS) television series, “Eyes on the Prize,” documenting the civil rights movement.

Rosemarie Harding traveled to Dharamsala, India in 1990 where she studied Tibetan Buddhism with the Dalia Lama. The next year she returned to India for further study of the Gandhian nonviolence movement. She and daughter Rachel joined a 1993 delegation to Ghana sponsored by the Interdenominational Theological Center. In 2000, Jonathan joined the mother-daughter team on a trip to Brazil. They led a study group on the religion, culture, and activism of Afro-Brazilians. In 2002, mother and daughter went to Benin. They accompanied a group of Brazilian healers for a conference on West African traditional medicine.

The Hardings established the Gandhi-Hamer-King Center for the Study of Religion and Democratic Renewal (now Veterans of Hope Project) in Denver in 1997, an educational initiative bringing together religion, culture, and participatory democracy.

Rosemarie Harding died following complications from diabetes in Denver in 2004.  She was 74.