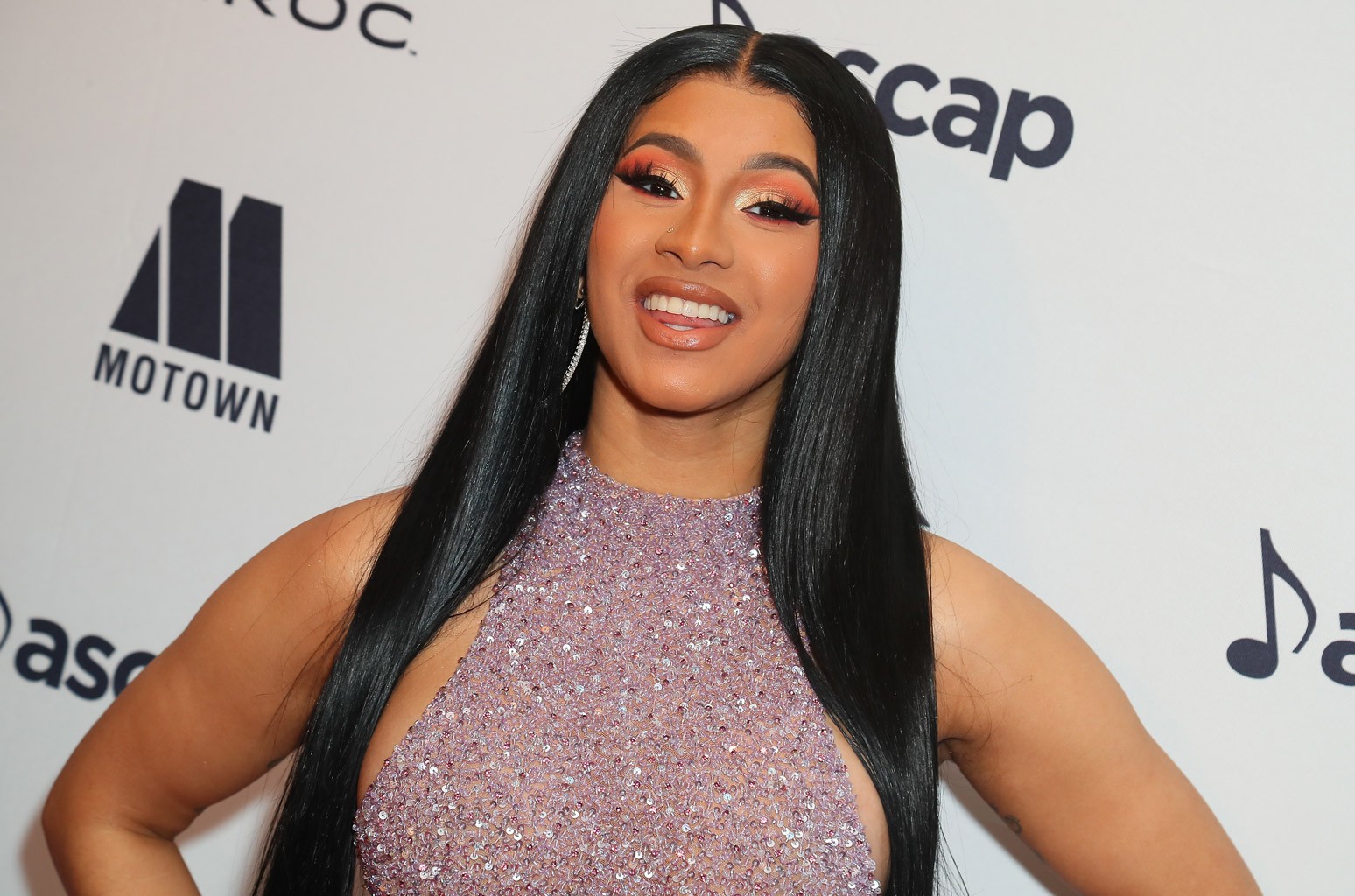 Rapper and songwriter Cardi B was born Belcalis Marlenis Almanzar in the Washington Heights section of Manhattan, New York, on October 11, 1992. Her mother, Carla, is from Trinidad, and worked as a cashier, and her father Carlos, is from the Dominican Republic and worked as a taxi driver. Almanzar was raised in the Highbridge area of the South Bronx, a Latino majority neighborhood, and her first language was Spanish. She was involved with the gang the Bloods in her youth, which caused a great deal of trouble with her parents. She attended Renaissance High School for Musical Theater & Technology, graduating in 2010 and worked at an Amish deli in the Tribeca area. Almanzar was kicked out of her home after graduation and moved in with her boyfriend. She was fired from her job due to tardiness and became a stripper, which she accredits to “saving her life” because she became focused more on her future. She enrolled in the Borough of Manhattan Community College but later dropped out to focus on her career.

By 2013, Almanzar was a budding social media star. She had thousands of followers on her Instagram and Vine accounts, and her trending videos led to her being offered a job as a reality television star, on the VH1 series Love & Hip Hop: New York. Almanzar made her debut in the 2015 sixth season of the show and made her musical debut the same year on Reggae star Shaggy’s remix of his single “Boom Boom. She released her first mixtape Gangsta Bitch Music Vol.1 in March 2016 and left the reality show in December to focus on her musical career. She was heavily involved in the 2016 presidential primaries, using her social media platforms to highlight then Republican candidate Donald Trump’s policies on immigration and she endorsed Vermont Senator and presidential candidate Bernie Sanders.

Almanzar released her second mixtape, Gangsta Bitch Music Vol.2 in 2017, and signed a contract with Atlantic Records later in the year. She released her single “Bodak Yellow” from her forthcoming debut album Invasion of Privacy, in 2018. The single topped the US Billboard Hot 100 list for three weeks, marking Almanzar as the first person of Dominican descent to do so, and the first female rapper to have a song certified Diamond, after selling more than 10 million units. Her Tom Ford Cardi-B inspired lipstick sold out within 24 hours of its release in September 2018, and in 2019 she released her own flavors in collaboration with the potato chips, Rap Snacks. She has been recognized by Forbes magazine as one of the most influential female rappers of all time and is the highest certified female rapper of all time by RIAA’s (Recording Industry Association of America) Top Artists rankings.

Almanzar made her film debut in the 9th installment of The Fast and The Furious movie series, F9 (2021)