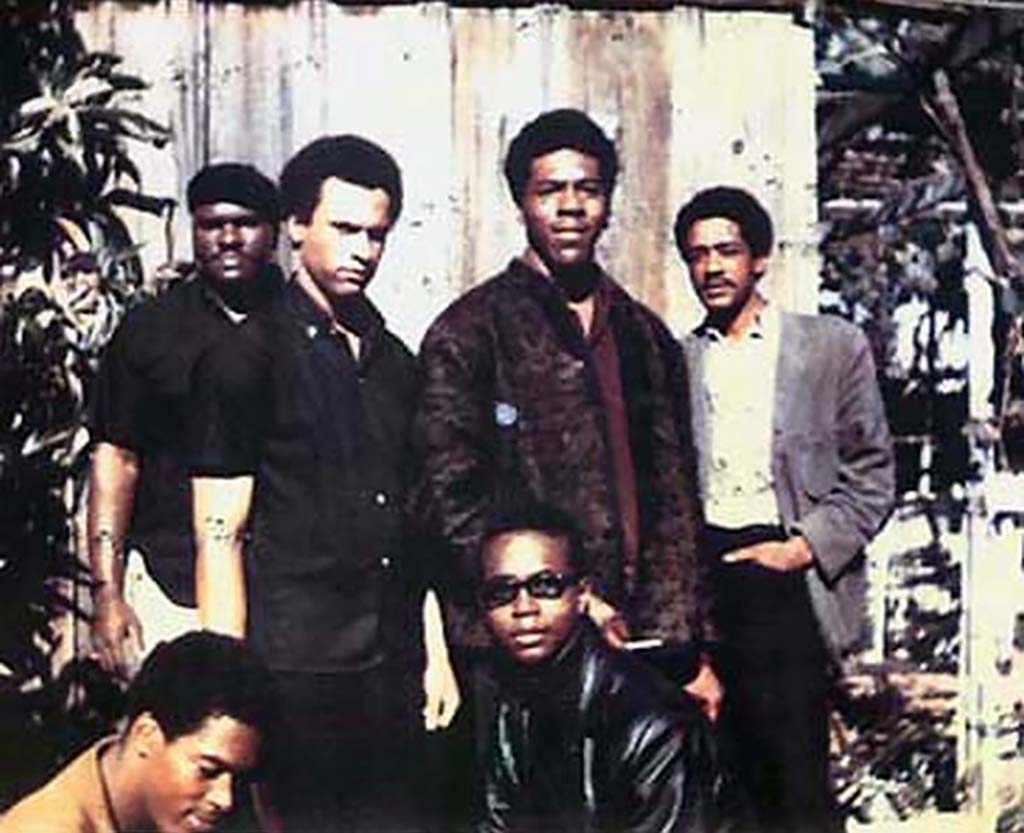 Founded in October of 1966 in Oakland, California by Huey Newton and Bobby Seale, the Black Panther Party for Self Defense (BPP) became the most famous black power organization of the late 1960s.  Newton and Seale met in 1965 at Merritt College where they were exposed to a burgeoning wave of Black Nationalism, inspired in part by the Afro-American Association, established by Don Warden at the University of California, Berkeley in 1962.  Within this group and on their own, they read and discussed an eclectic group of authors including political strategist Frantz Fanon, Latin American revolutionary Che Guevara, Mao Zedong, the leader of Communist China, the sociologist E. Franklin Frazier, and  the author James Baldwin.  Inspired by these thinkers, Newton and Seale developed an intellectual orientation that viewed the black community as a colony exploited by white businessmen, the government, and the police.  Eventually, Newton adopted a more Marxist perspective where the liberation of oppressed peoples depended upon their gaining control of their own communities.  This Marxist outlook led the Panthers to form alliances with radical whites, Chicanos and other Third World groups.

The founding document of the Black Panther Party, the Ten-Point program, addressed the major issues facing urban black communities with demands for full employment and adequate housing.  The final demand summarized the goals of the Party:  “We want land, bread, housing, education, clothing, justice, and peace.”

The Panthers adopted two main programs.  First, they organized armed patrols that followed the police around the black community.  On these patrols they wore leather jackets and berets as uniforms to signify the military discipline of the Panthers as well as a new black power identity.  The Panthers also engaged in community service work.  They set up free breakfast programs, medical clinics, and after-school programs.  These activities won the support of much of the black community.

By 1970, the BPP had over 30 national chapters in major cities including Los Angeles, Chicago, Illinois, New York, and Seattle, Washington.  Their growing national prominence drew the attention of FBI Director J. Edgar Hoover, who in August of 1967 began a counter-intelligence program (officially known as COINTELPRO) to “neutralize” the Black Panthers and other “Black Nationalist Hate Groups.”  Using informers, false propaganda, and harassment, the FBI sought to foster conflict within the Black Panther Party and between the Party and rival groups.

Fueled in part by the COINTELPRO campaign, the strength of the Party declined precipitously in the early 1970s, particularly after founder Huey Newton began purging the organization of leaders he believed disloyal.  The most famous purge divided the Party into rival factions in 1971 when he expelled Eldridge Cleaver in what was called the Newton-Cleaver split.