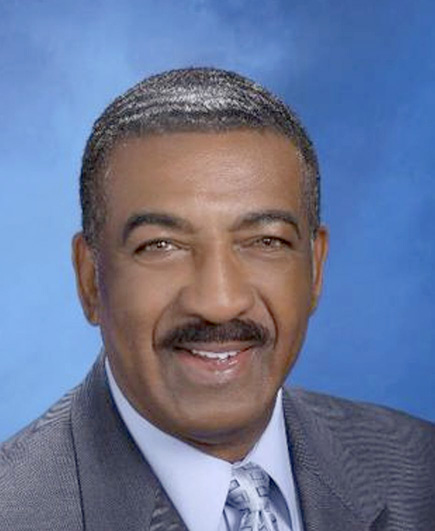 Ron Oden is the first African American and the first openly gay man to hold the office of Mayor of Palm Springs, California. Born on March 21, 1950 in Detroit, Michigan, Oden attended Oakwood College (now University) in Huntsville, Alabama where he received a Bachelor of Arts in History, Sociology and Theology. He continued his studies in Family Life and Counselling at Andrews University in Berrien Springs, Michigan, earning a Master of Arts Degree in Theology. Oden continued his education at the State University of New York in Albany, completing a Master of Arts Degree in Ethnic Studies. He has also pursued post-graduate courses in Marriage, Family and Child Counselling Studies at Loma Linda University in Loma Linda, California.

Oden began his career in community and political involvement in 1990 when he moved to Palm Springs and began teaching as an adjunct Sociology instructor at College of the Desert. Oden also worked at Desert Career College, Chapman University and has served as pastoral care consultant at the Betty Ford Center.

Concern about educational and social issues led Oden to enter local politics. In 1995 he was elected to Palm Springs City Council only five years after he arrived in the city. While on the council he advocated for social causes.

In 2003, Oden was elected Mayor of Palm Springs, a city of approximately 40,000 residents known primarily as a resort and retirement destination in the Southern California desert. His election was significant because of both his race and his sexual orientation. Oden was the first openly gay African American elected to lead a California city. Although blacks comprise only 3% of the city’s population, the gay and lesbian population, an estimated 30 % of the total, is proportionately one of the largest of any California city.

Oden, who served as mayor until 2007 brought international recognition to the city of Palm Springs as a top destination resort. During his term the city’s budget doubled as it experienced more growth than in its entire history. In recognition of his success as a humanitarian and civic leader Oden was honoured with the 300th golden star on the Palm Springs Walk of Stars, in December 2007. Ron Oden lives in Palm Springs and continues to work in the public sector.