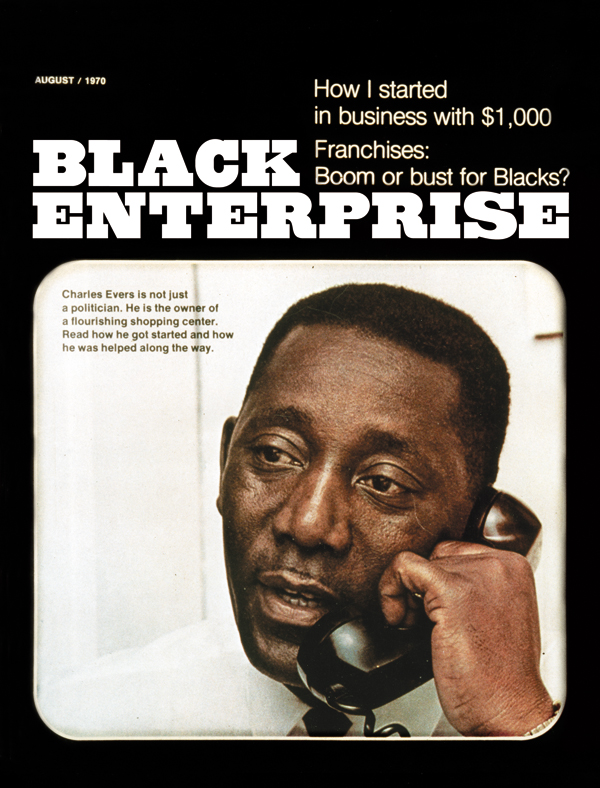 Black Enterprise (BE) is a bi-monthly publication that is now the premier source for investing, wealth-building, and business information for African Americans. In 1969, founder Earl Gilbert Graves Sr. recognized that the then major publications being targeted towards black audiences were focusing on fashion and beauty, and he decided to create a magazine with a focus on educating readers in business and economic development, and to inspire them to thrive professionally.  In August 1970, Graves Sr. published the first issue of Black Enterprise magazine, and the magazine has been turning a profit since it’s tenth issue. The initial Board of Advisors included Shirley Chisholm, John Lewis, and Julian Bond.

In 1973, Black Enterprise published its first annual list of the largest African American owned companies in the country called “B.E. 100s.” Many individuals, such as Robert L. Johnson, founder of Black Entertainment Television (BET), have been consistently highlighted multiple times throughout their careers. Black Enterprise has since produced other notable lists such as the Most Powerful Women in Business, Entrepreneurial All Stars, and the Top 40 (Business Leaders) Under 40.  Monthly, the publication highlights the journeys of African Americans who have risen to the top positions of power and influence in their specific organizations and corporations. Throughout his tenure, founder Graves Sr. often wrote editorials that focused on a range of issues, from health care as a fundamental right for all Americans, to the need for black representation in corporate boardrooms.

Black Enterprise has won numerous awards for its work, and the magazine has also created several awards that are honored annually, such as the Small Business Award and the A.G. Gaston Lifetime Achievement Award.  It has also sponsored and organized conventions such as the Black Enterprise Entrepreneurs Conference and Expo, and its forthcoming Diversity, Equity & Inclusion Summit (2022). The birth of the internet and multimedia gave Black Enterprise an additional platform to diversify its mission through print, digital, broadcast, and live platforms, that have led to more than 6 million monthly subscriptions.

Earl Graves Jr., son of the founder, became President and COO of the magazine in 1998, after joining the company in 1988. He was named CEO in 2006. As the magazine was preparing to celebrate its 50-year anniversary, its founder, Earl Graves Sr. passed away on April 6, 2020 at the age of 85. The magazine then launched a year-long multimedia tribute to the founder entitled “BE: Celebrating 50 Years of Excellence,” that included a special limited-edition issue celebrating the life and legacy its founder and leader.