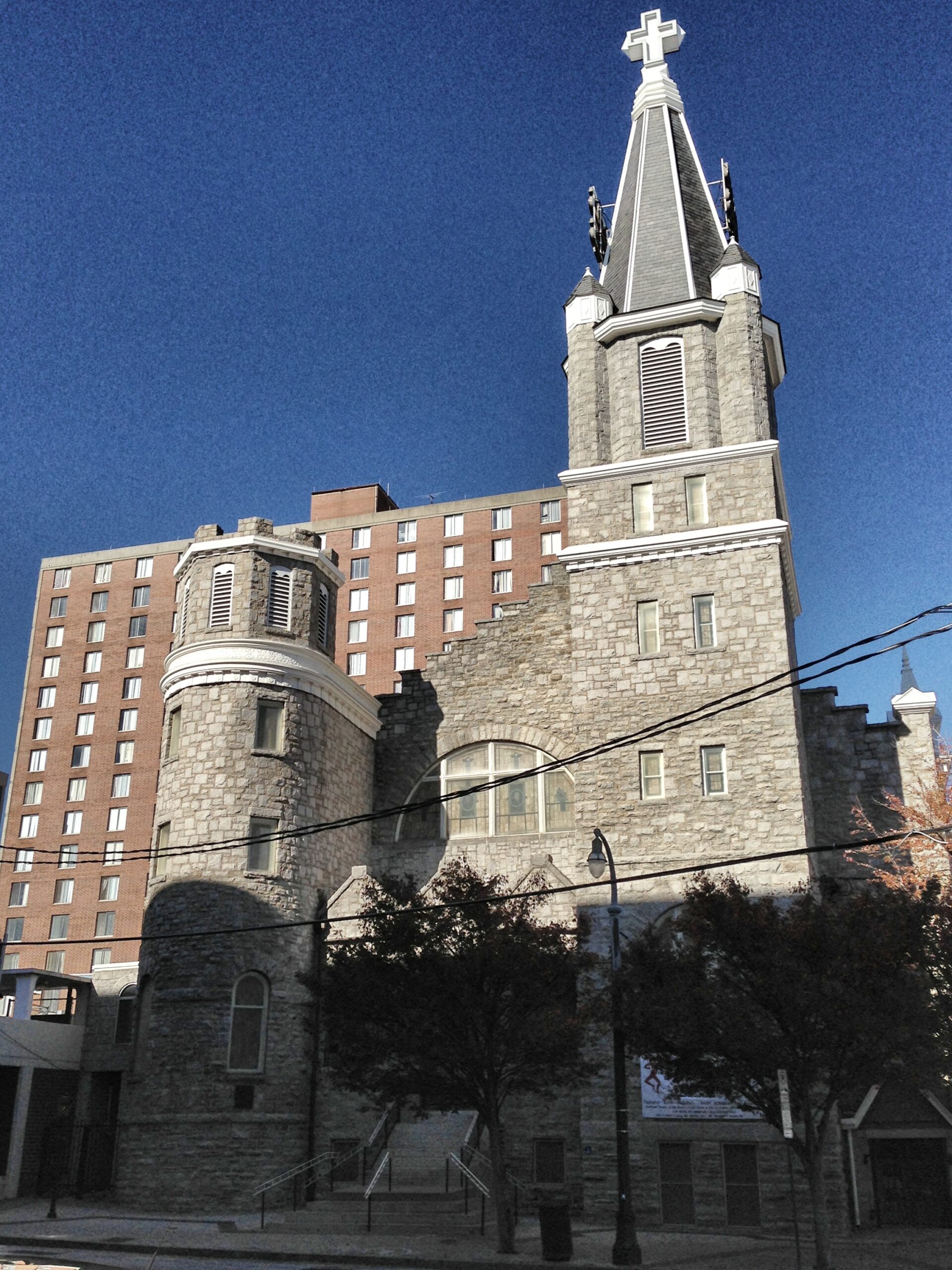 After facing segregation in the white Union Church, enslaved African Americans formed Big Bethel in 1847. Originally called Bethel Tabernacle, among other names, the Methodist congregation secured its first building in 1855. During the Civil War, its church on Jenkins Street served as a Confederate hospital until it was damaged by Union troops.

After the Civil War, the congregation joined the A.M.E. denomination, appointing Rev. Joseph Woods as its pastor in 1866. The Church moved to Auburn Street (then called Wheat Street) after the Civil War, and has occupied its current site since the late 1880s. In the early 1920s, a fire destroyed Bethel’s building just one day after the church’s insurance lapsed, bringing financial hardship to the congregation.

Like many churches in the African American community, Big Bethel has taken on a social mission over its years. In 1879, the basement of the church became home to Gate City Colored School, the first public school for African Americans in Atlanta. Morris Brown College also held classes in the church’s basement when it began in 1885. After the Civil War, the church served as an employment bureau for female domestic laborers.

During the Progressive Era, women in the Bethel congregation formed the Daughters of Bethel Benevolent Society, which W.E.B. DuBois cited as a forerunner in mutual aid. The church was active during the Civil Rights Movement, hosting a weekly radio broadcast and providing space for civil rights rallies. Dr. Martin Luther King, Jr. appeared at Big Bethel for a National Association for the Advancement of Colored People (NAACP) rally shortly after the Montgomery Bus Boycott of 1957. During the 1970s, Big Bethel opened its own low-income housing complex.

The arts have also been a source of recognition for Big Bethel. The church is known internationally for its play “Heaven Bound,” which has been performed there since 1930. Bethel choirs performed at the world premiere of Gone with the Wind and for President Franklin D. Roosevelt when he visited Warm Springs, Georgia.

Big Bethel, located at 220 Auburn Avenue, continues to be an active force in trying to restore a once economically vibrant street, and Atlanta’s Sweet Auburn Historic District, even purchasing and holding land to spur redevelopment.