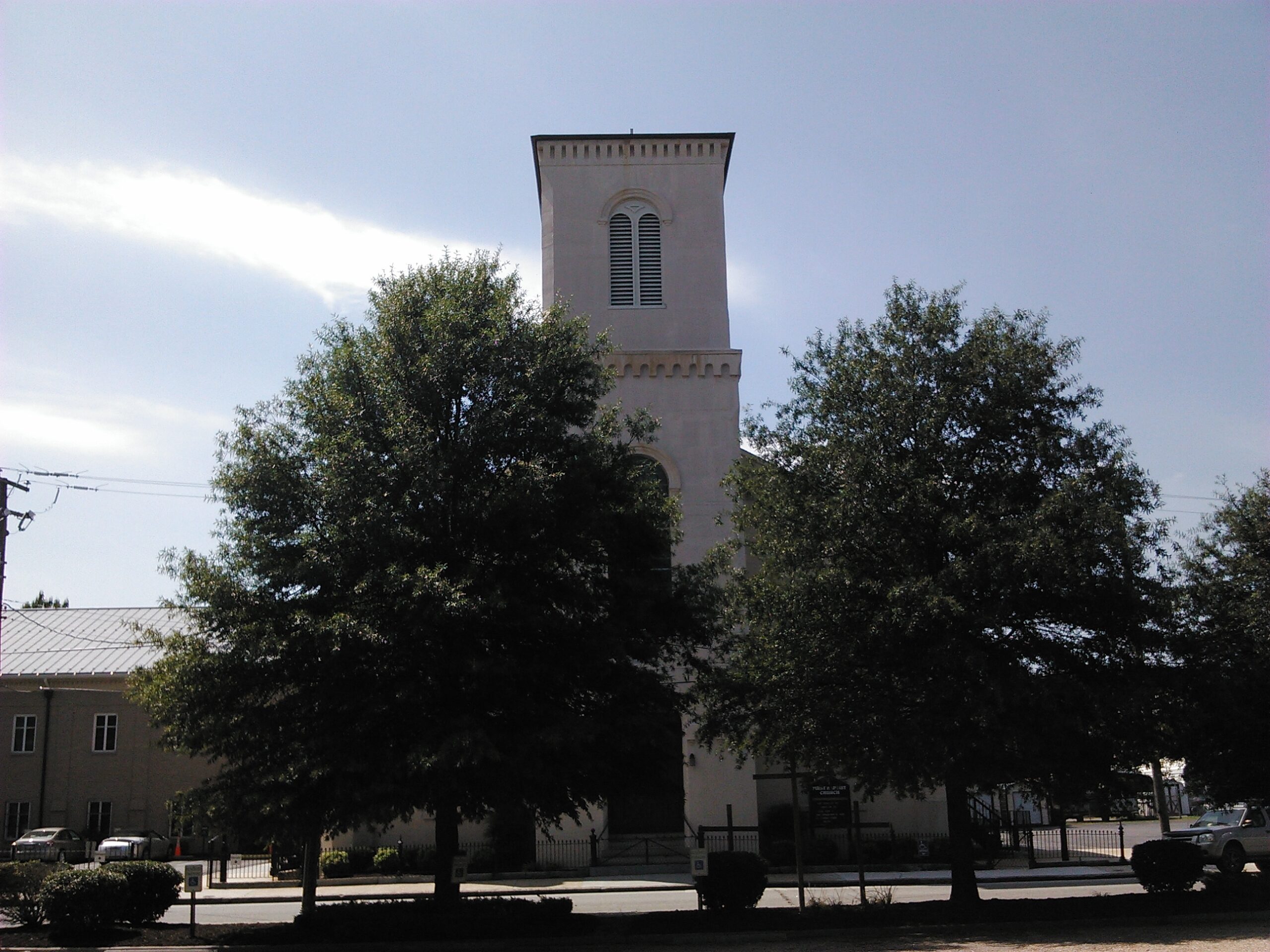 First Baptist Church of Petersburg, Virginia, originally known as the First African Baptist Church, is the oldest continuously operating black church in the state and is the mother church of numerous Baptist congregations in Virginia.  The evangelical anti-slavery message of the equality of all men who were made in God’s image preached by Baptist missionaries after the Great Awakening in the 1730s and 1740s led to the conversion of large numbers of African slaves and freepersons who then began worshipping together in the Baptist tradition in Prince George County, Virginia by 1756. They use that year as the founding year of their church.

It was these energetic young black members of the New Lights, as they were called, who assumed leadership roles and formally established First African Baptist Church in 1774 near Lunenburg, Virginia, on the William Byrd III plantation.  Free members of the congregation later moved to Petersburg and changed the name to the First Baptist Church when the Byrd plantation meetinghouse succumbed to flames.

In Petersburg, they joined a growing community of free persons of color, which became the largest free black population in the South by 1860 numbering 3,224 free people.  The First Baptist congregation valued education highly and soon created a school shortly after the church’s founding.  That school is considered the oldest educational institution specifically created for blacks in the United States.  Traditionally shepherded by a black pastor, the church was forced to accept the imposition of a white pastor by the slaveholding community which feared slave insurrections especially after the Nat Turner Revolt in 1831.

After the Civil War the black congregation regained control of the pulpit and by the 1870s its now 3,600 members made it one of the largest black churches in the nation.  During this period the church thrived under the leadership of Reverend Leonard A. Black, who in 1847 published a memoir titled The Life and Sufferings of Leonard Black, a Fugitive from Slavery.  During Reconstruction, First Baptist ministered to the needs of the new freedmen and women who gravitated to Petersburg from surrounding plantations.

In the twentieth century Civil Rights era of the 1950s and 1960s, First Baptist became the center of community organization.  It was the site of mass protest meetings, the origination point for civil rights marches, and the center for voter registration activities. Today the church is led by Reverend Jeremiah Tillman and remains one of the largest black churches in the state.  First Baptist’s many services to the congregation and surrounding community include: A Prayer Ministry, Quarterly Family Night Fellowship, Marriage Enrichment Retreats, Leadership Prayer Breakfasts, Children’s Church, Boy Scout/Girl Scout Programs, the After School Tutorial Program, a Computer Lab, Young Adult and Youth Rap Sessions, and a Spring Break Camp.