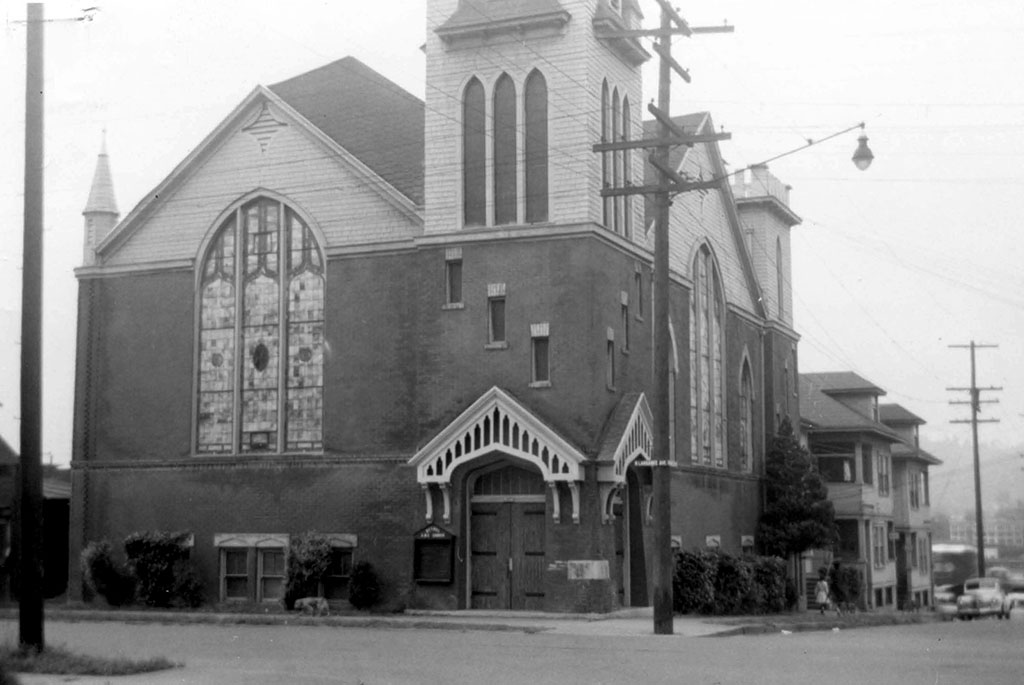 Bethel African Methodist Episcopal (AME) Church is the oldest continuously operating black church in Portland, Oregon. It was founded by 20 people in 1889 in the home of Phillip Jenkins and organized under its current name.  Its first pastor was Reverend S.S. Freeman who was appointed later that year. The original church site was a building at the corner of Southwest 6th Avenue and Stark in Portland. Bethelites worshiped there for nearly 24 years.

In 1912 Bethel moved to a site on Larrabee Street in the Albina District of Northeast Portland. The first meeting place was a basement at that site but in 1922 the main floor of the building was used and a second story sanctuary was eventually added.

In 1958, the Larrabee site was purchased by the city of Portland to build the Memorial Coliseum. One year later in 1959, the edifice at the present location, 5828 Northeast 8th Avenue, was completed under the leadership of Rev. Harley Akers who served as pastor from 1959 to 1962. Akers was one of 37 pastors of the church over its 125 year history.

AME Bishop H. Hartford Brookins appointed Rev. Matthew A. Watley in 1981. With his appointment Bethel began a period of activism.  Under Rev. Watley the church sponsored the Bethel Community Care Food Program and the Matthew Watley Scholarship Fund. The Community Care Food Program, which continues to this day, serves food to impoverished people in the surrounding community three times a week.

Upon the death of Rev. Watley in 1987, Rev. Milton Green became the pastor.  He initiated two bible study classes, the church’s President’s Council, and a fraternal organization, the Sons of Allen. Church records were computerized and the church edifice underwent renovation.  The Bethel Economic Development Fund was created to promote economic development in the surrounding area that was increasingly affected by urban deterioration.

In 1991, two years after the church’s centennial, Bishop Vinton R. Anderson appointed Rev. Dorsey McCullough as pastor of Bethel. Under Rev. McCullough’s leadership the church became increasingly involved in community outreach. Bethel became active in the Walnut Park Neighborhood Association.  It also became a sponsor of an educational facility for the Oregon Outreach program, which is an alternative educational program for youth at risk. The Bethel Busy Bees Auxiliary spearheaded the stained glass window project designed to preserve and in some instances replace all of the windows in the church.

Since 1998 Bethel has placed a strong emphasis on youth ministries. It increased the number of young people participating in Sunday morning worship and Wednesday night Bible Study. By reaching out to these young people, Bethel ensured the support of the next generation that would become the heart of its present congregation.  At the other end of the age spectrum, it created “Singles over Sixty” which focuses on the activities of the oldest members of the church. In 2000 a prison ministry was established in the Oregon State Penitentiary. Special worship services were created in the prison and incarcerated men and women became church members in a program called “Bethel on the Inside.”