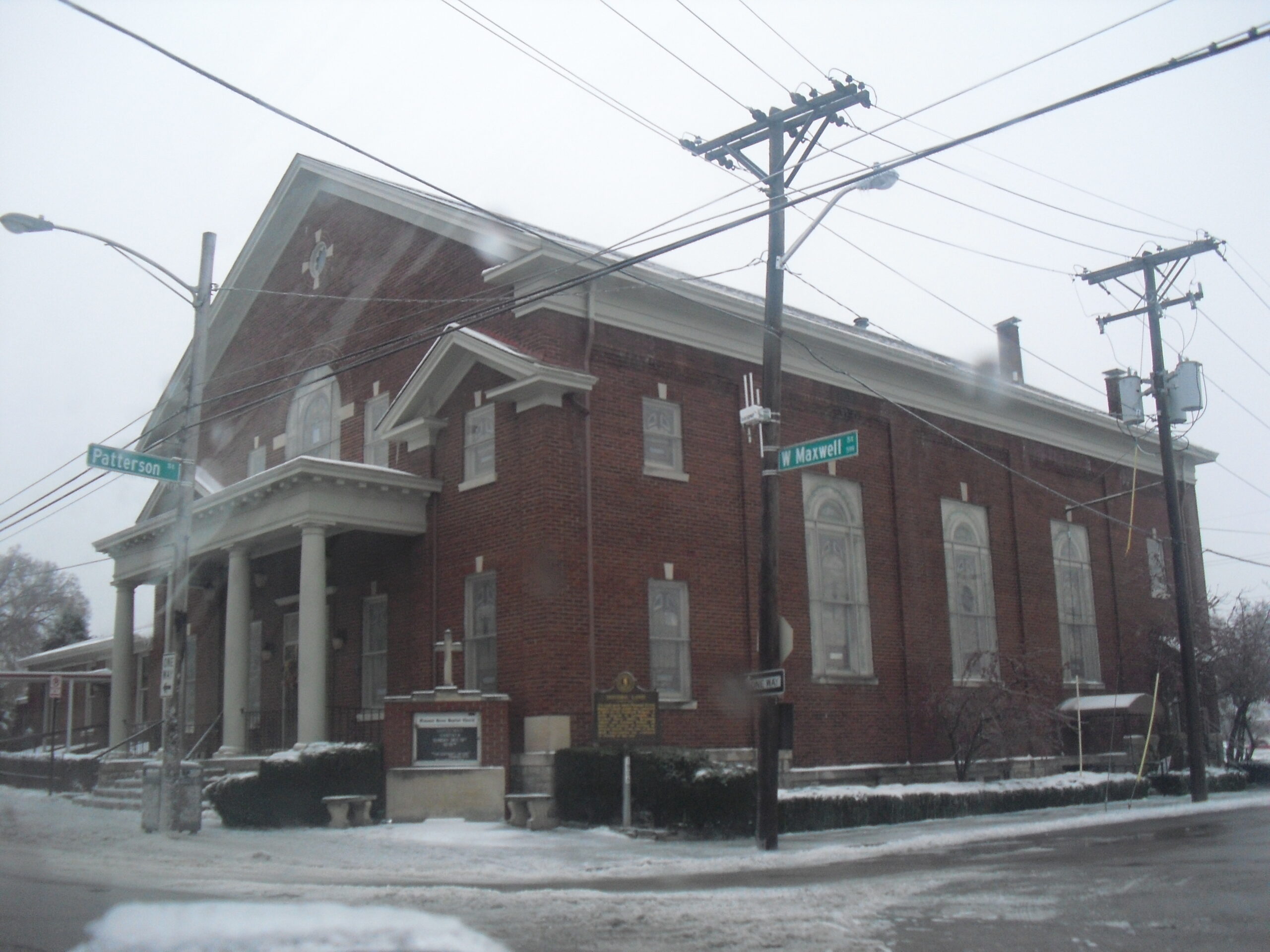 Although the church has been located at the same site since its founding in 1822, in 1931 the present day edifice was erected while Reverend E.T. Offutt served as pastor. During his twenty-six year tenure Rev. Offutt served as Chairman of the Emancipation Executive Committee, a sub-committee of the Colored League and Board of Parks, a community organization focused on preserving black cultural identity in Lexington.

In 1940, the church Historic Pleasant Green Missionary Baptist Church celebrated its sesqui-centennial, and under the Reverend Dr. William A. Jones, Sr. paid off its debts and engaged in several church renovations.  In addition to his pastoral responsibilities, Reverend Jones by the early 1960s served as an advisor to the Lexington branch of the Congress of Racial Equality (CORE) during the Civil Rights era. Under his leadership Historic Pleasant Green participated in the local campaign to desegregate the public schools and public accommodations.

Reverend Thomas H. Peebles, Jr. is the eighteenth pastor of the Church.  In 1991 under his leadership the church extended its activities into economic development by purchasing nearby downtown property and rehabilitating it. The church used some of the property as a training academy for area children.

Historic Pleasant Green Missionary Baptist Church continues to grow and today boasts a congregation of more than one thousand members.