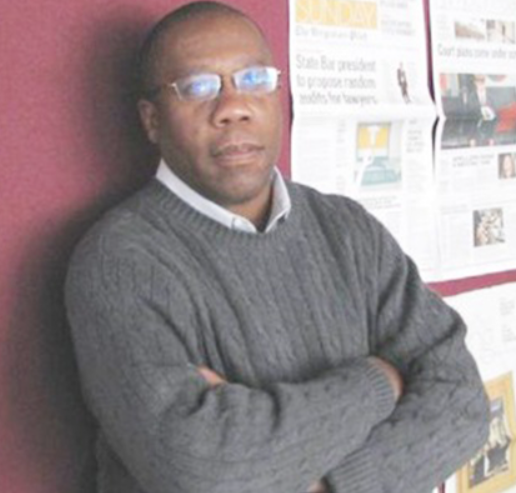 Barry Cooper is a journalist, technology entrepreneur, and CEO who founded BlackVoices.com, a groundbreaking website in the early days of the Internet. Cooper graduated from the University of North Carolina at Wilmington. He began working as a sportswriter for the Orlando Sentinel in 1993. Cooper focused on African American athletes and the culture of sports, and he was nominated for a Pulitzer Prize for a series about disadvantaged athletes.

In 1995 Cooper launched Black Voices, a site dedicated to African American news and culture hosted by the Orlando Sentinel on its own webpage. The site included “Black Wall,” a suite of message boards on topics of interest to like-minded people. The site helped pioneer the use of user-generated content, including photos and blogs, and it functioned as one of the first dating sites on the Internet. Black Voices also partnered with the Thurgood Marshall Scholarship Fund to host the first Black College Virtual Job Fair. In 1997, with a $5 million investment by the Tribune Company, the Orlando newspaper’s parent company, Cooper moved Black Voices to its own, independent site. Within a few years it had 400,000 registered users, nearly one million total users, and 14 million page views.

AOL-Time Warner bought Black Voices in 2004, and the site was eventually moved to the Huffington Post, the company’s news, entertainment, and culture site. Although Black Voices was never Black-owned and came under criticism for its corporatization, Cooper defended the site by pointing out that at its peak in the early 2000s, 90 percent of its staff was Black. He also noted that corporate ownership mattered less than editorial autonomy, which he maintained the site enjoyed under his leadership.

Cooper received the MOBE IT Award in 1999 and 2000, which recognizes African American technology entrepreneurship.