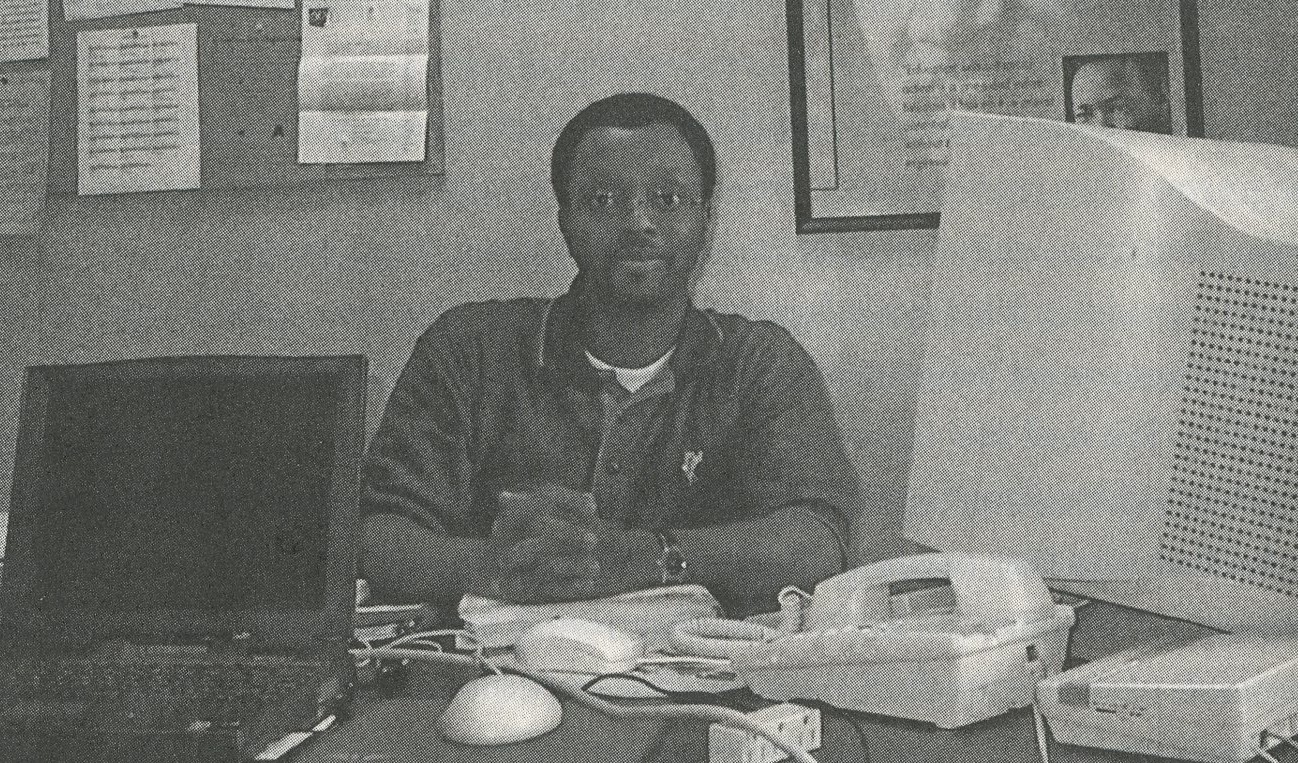 Derrick Brown is a computer scientist, engineer, and technology entrepreneur who pioneered Black-related websites and search engines in the 1990s. Born in Ellorree, South Carolina, in 1969, Brown grew up playing baseball and writing essays. In the fifth grade he won a statewide essay writing competition and he began asking his mother for a typewriter. She eventually purchased an Apple IIe computer and told her son he could use that instead. While teaching himself how to use the computer, Brown discovered that the AppleWorks software could be used for both word processing and building databases, which he used to track baseball statistics for all his favorite professional players.

As a high schooler in 1985, Brown was admitted to the South Carolina Governor’s School for Academics, a summer program for gifted students, in which he took courses in computer science, code writing, and computer languages such as BASIC. Upon graduating high school in 1987, Brown fielded offers of admission from MIT and Stanford, but enrolled instead at Clemson University. He was recruited to join the newly founded Clemson Career Workshop, a program to help Black and other minority students enter fields in which they were underrepresented. Brown accepted a scholarship to study engineering.

While at Clemson, Brown served as a tutor in Programs for Educational Enrichment and Retention. He was also elected to the Minority Council, a campus civil rights organization. In both roles he discovered a talent for mentorship and helping other Black students succeed, a skill he would further develop in his professional career.

In 1992 Brown enrolled at Georgia Tech to pursue a Masters’ degree in computer engineering. He continued his mentoring and leadership activities by joining the Black Graduate Student Association (BGSA) and starting its Information Resources and Technology Committee, a group dedicated to helping students in different disciplines with their technology needs. Under Brown’s leadership, the BGSA launched its own webpage in 1994, one of the first at the school to do so. He also built Universal Black Pages, an online listing of sites related to the African diaspora that was the first Black-oriented Internet search directory. The site, according to the tagline on its homepage, was “a guide to nearly everything networked and African, Caribbean, African-(North/South) American.”

After completing his graduate studies in 1996, Brown founded BGS Infosystems, a company that assumed the management of Universal Black Pages until it shut down in 2002. Brown became politically active at this time, representing Black technology entrepreneurs at conferences sponsored by the Congressional Black Caucus and the Bill Clinton Administration.