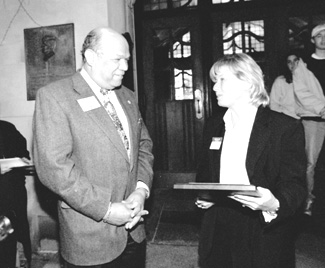 After graduating from Xavier, Baquet became a volunteer for the Peace Corps. From 1965 to 1967, he taught English and Social Science in the Somali Republic.  In 1967, Baquet returned to the United States and joined Volunteers in Service to America (VISTA), which functioned as a domestic version of the Peace Corps.

Baquet entered the U.S. Foreign Service in 1968 and a year later had his first overseas assignment as a consular officer at the U.S. Embassy in Paris, France.  In 1971 he returned to Washington, D.C. and worked at the State Department for the next four years.

From 1975 to 1976, Baquet was a general service officer at the U.S. consulate in Hong Kong, China and from 1976 through 1978 he was Counselor for Administrative Affairs in Beirut, Lebanon.  He returned to Washington, D.C. and from 1979 to 1983, he worked as Acting Deputy Assistant Secretary for Operations of the Bureau of Administration at the Department of State.

Baquet spent the years 1983 to 1987 as Director of the Regional Management Center at the U.S. Embassy in Paris, France. After attending the senior seminar at the Foreign Service Institute in Washington, D.C. for one year, in 1988 he was assigned as consul general at the U.S. Consulate in Cape Town, South Africa.  During his three years in South Africa he witnessed the end of apartheid, the release of Nelson Mandela, and the beginning of South Africa’s first complete democracy.

On March 25, 1991 President George H.W. Bush nominated Baquet to serve as the U.S. Ambassador to the Republic of Djibouti.  After U.S. Senate confirmation, Baquet arrived in Djibouti City, the capital.  As ambassador Baquet had the difficult task of continuing U.S. aid programs for famine relief, healthcare, education, good governance, and regional security against a backdrop of a violent civil war in the country.  He left Djibouti in 1993, one year before the end of that nation’s civil war.

In 1994, President Bill Clinton nominated Baquet to be Deputy Director of the Peace Corps.  In this new position he worked to increase the number of Peace Corps volunteers from colleges and universities.  In 2000 helped persuade the University of California, Davis to establish an international program which offered master’s degrees in horticulture and agronomy, soil science, plant biology, and preventive veterinary medicine designed to attract former and future Peace Corps volunteers.

Baquet also focused much of his effort toward recruiting people of color into the Peace Corps.  With that goal in mind he persuaded UC-Davis to partner with Florida A&M University to establish the only international program available at a Historically Black College/University (HBCU).  The program allowed students in agriculture to earn academic credit for volunteering overseas after completing three semesters of graduate course work. He also helped a program at Texas Southern University for African American and Latino students which allowed them summer volunteer opportunities through the Peace Corps’ Overseas Intern Program.  Baquet resigned from his position as Deputy Director in 2001.

Over his career, Baquet became a member of the American Foreign Service Association, the American Black Ambassadors Association, and Rotary International.  In 2000, he earned an Honorary Doctorate from Hartwich College in New York.