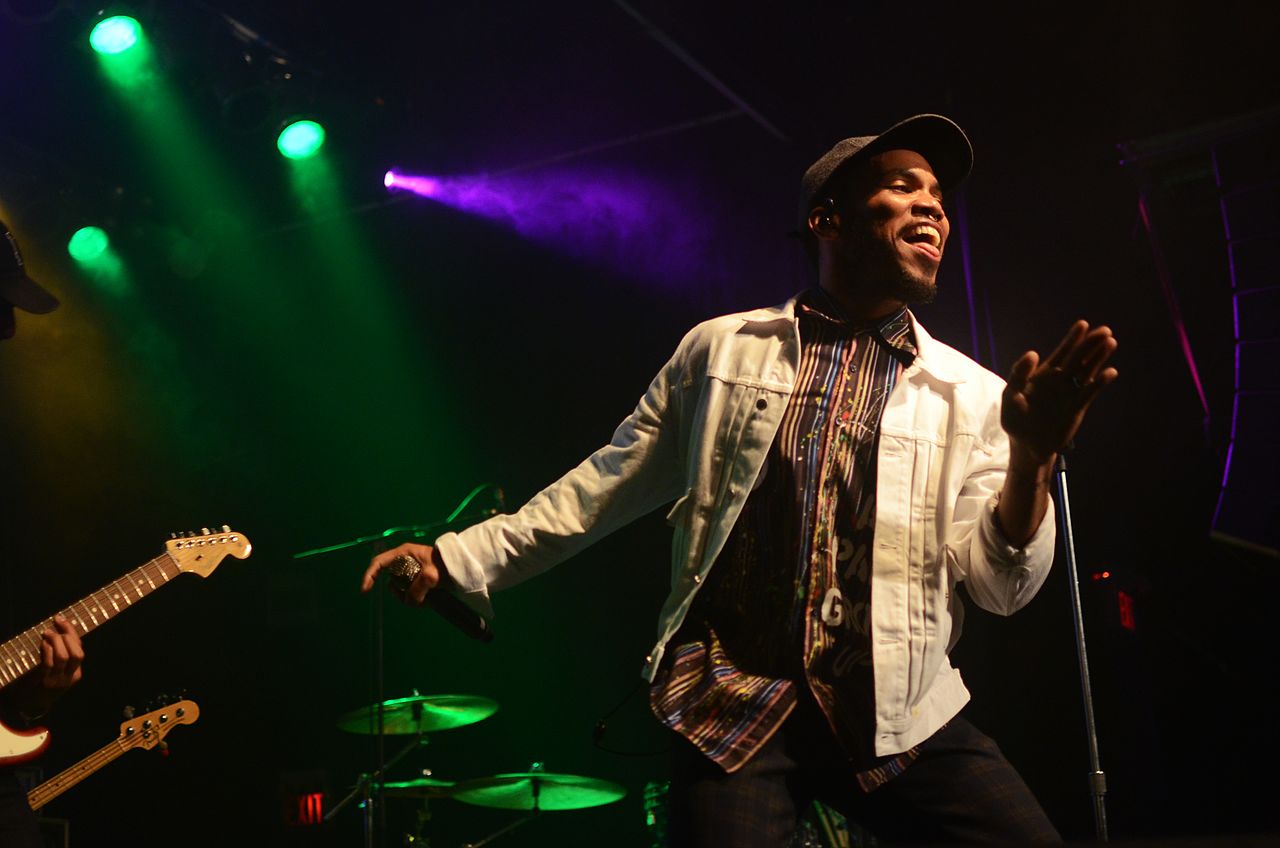 Hear a soundtrack specially chosen to enhance your learning about Anderson .Paak (1986 – )

Brandon Paak Anderson, better known as Anderson .Paak, is an American rapper, songwriter, producer, and drummer. Born on February 8, 1986, in Oxnard, California, Paak has become widely respected in the music industry as a multi-talented, up and coming artist. He is bi-racial, his father is African American and his mother African American and Korean.

Paak overcame great odds to become a successful artist.  Both of his parents were incarcerated during his younger years.  At the age of seven, his father began serving 14 years in prison for domestic violence against Paak’s mother.  In his teen years, his mother was convicted of defrauding investors and began serving seven years in prison. It was at that point in his life, Paak was left to fend for himself. While Paak found employment at a Santa Barbara, California marijuana farm, he was suddenly terminated.  Without a source of income as a teen and a wife and son to care for, Paak was left homeless.

However, Paak drew on his earlier experiences of playing drums in a church band and producing music in his bedroom. Through determination and luck, Paak got his big break and started working for Shafiq Husayn of the group, Sa-Ra as an assistant, videographer, editor, writer, and producer.

In 2012, .Paak released “O.B.E. Vol. 1,” his first significant project. Later in 2012 he became the drummer for American Idol contestant, Haley Reinhart, who would become popular after placing third in the nationally televised competition. Building on his success, in 2013 he released an EP titled “Cover Art,” which would feature a track list of all covers of songs of other artists. October of 2014 would mark the release of his first studio album, Venice. This would be followed by Malibu, in 2016, the second of his studio albums. Malibu drew exceptionally high reviews and featured high profile contributions from the artists 9th Wonder, Kaytranada, and Rapsody. It went gold, selling more than 500,000 units.  Following the success of Malibu he signed with Dr. Dre’s record label, Aftermath Entertainment.

Signing with Aftermath Entertainment led to increased exposure and success for Anderson Paak’s music career. His third studio album, Oxnard, was released in late 2018. Oxnard would peak at #10 on the Billboard charts but was not as successful as Malibu, It featured several more high-profile music artists including Q-Tip, Kendrick Lamar, J. Cole, Snoop Dogg, and Pusha T. Paak released his fourth studio album, Ventura, in April of 2019. This album featured Andre 3000, Brandy, and Nate Dogg. In 2021, Anderson. Paak teamed with Bruno Mars to form the group, Silk Sonic. The duo released “Leave the Door Open” which reached #1 on Billboard and had more than 500,000 units in sales. This single marked Paak’s first number one hit on the charts.

Anderson .Paak was nominated for a Grammy as the Best New Artist and Best Urban Contemporary Album in 2016. He won Best Rap Performance in 2018 for the song “Bubblin” and won Grammy awards in 2019 for Best R&B album for his album, Ventura and Best R&B Performance for his song “Come Home.”