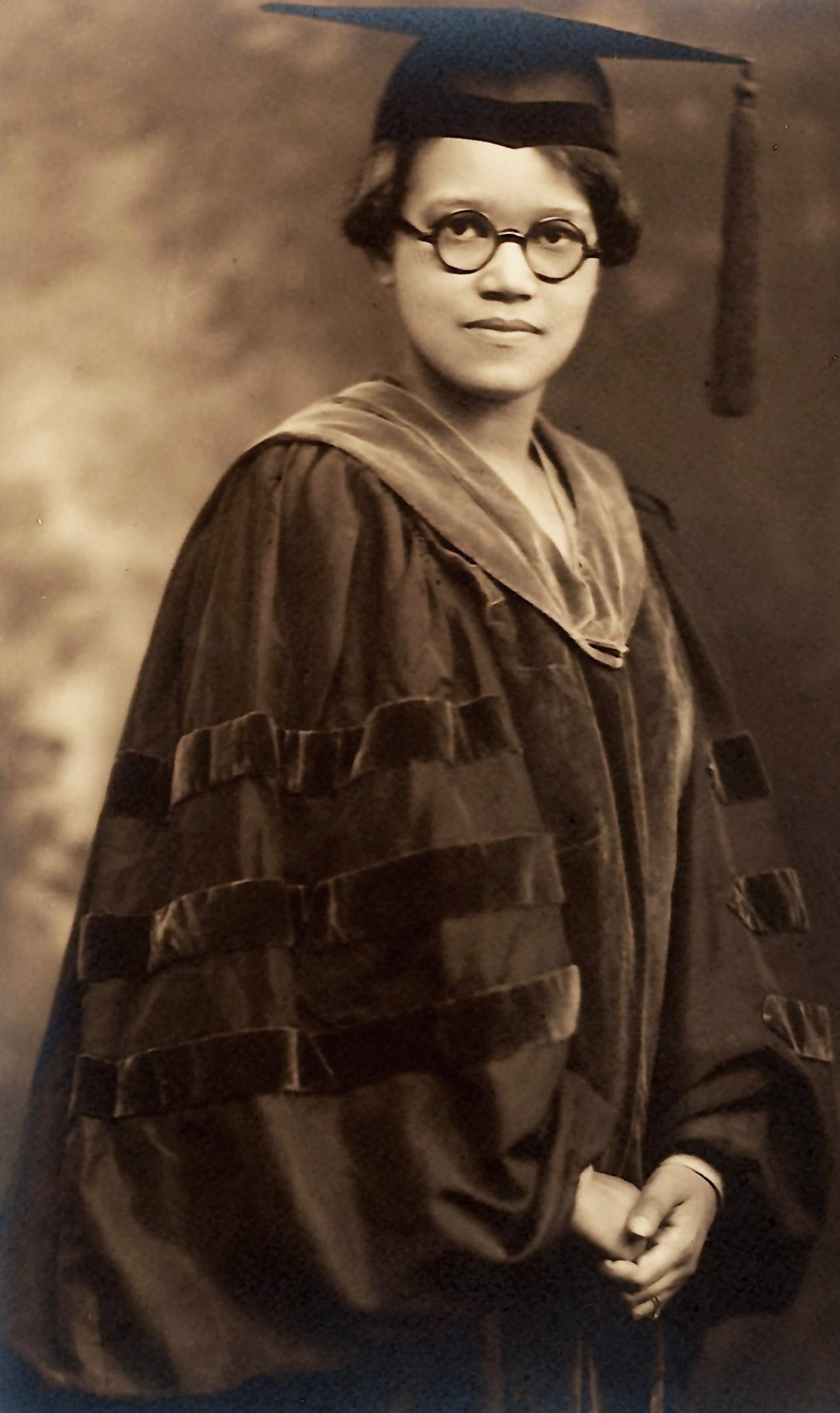 Born two decades before American women won the right to vote, Sadie Tanner Mossell Alexander overcame obstacles as a woman and also as an African American in the elite profession of law. In 1927 she became the first black woman to gain admission to the Pennsylvania bar, beginning a long career advocating for civil and human rights.

Alexander’s father was Aaron Mossell (1863-1951), an attorney who deserted his wife, Mary, and two daughters a year after Sadie’s birth. Suffering from depression, Mary Mossell often traveled to Washington, D.C., where relatives cared for the girls.

Although she earned a scholarship to Howard University, Sadie Alexander was directed by her mother to attend the University of Pennsylvania instead, entering in the fall of 1915. There she struggled with discrimination from students and professors. In 1918, she graduated with honors with a B.S. in education but at the time was denied election into Phi Beta Kappa.

She continued her studies at the University of Pennsylvania, earning an M.A. and then a Ph.D. in economics, becoming the first black woman in the U.S. to earn the degree. Unable to find work as an African American woman in Pennsylvania, she was hired by the black-owned North Carolina Mutual Life Insurance Company in 1921 and stayed there until 1923 when she returned to Philadelphia to marry her college sweetheart, Raymond Pace Alexander (1897-1974), an attorney. They had two daughters, Mary and Rae.

Before entering law school, Alexander served as the first national president of the black women’s sorority, Delta Sigma Theta, from 1919 to 1923. In 1924, she became the first black woman enrolled at the University of Pennsylvania School of Law. She graduated with honors in 1927 and was the first black woman to gain admission into the Pennsylvania bar.  Alexander was the first African American to hold both a Ph.D. and a J.D.  She joined her husband’s law firm, making them one of the earliest husband and wife legal teams in the country. She began working on cases in the Orphans’ Court and later advocated against racial discrimination, segregation, and employment inequality.

From 1928 to 1930 and again from 1934 to 1938, she was Assistant City Solicitor for the City of Philadelphia and formed a legal aid bureau to assist African Americans who could not afford lawyers. She also served as secretary for the National Urban League from 1930 to 1957 and was appointed by U.S. President Harry Truman to serve on his Committee on Human Rights in 1947.

In 1970, Sadie Alexander finally was elected into Phi Beta Kappa. She practiced law until her retirement in 1982. Sadie Tanner Mossell Alexander died from complications of Alzheimer’s disease in Philadelphia in 1989 at the age of 91.