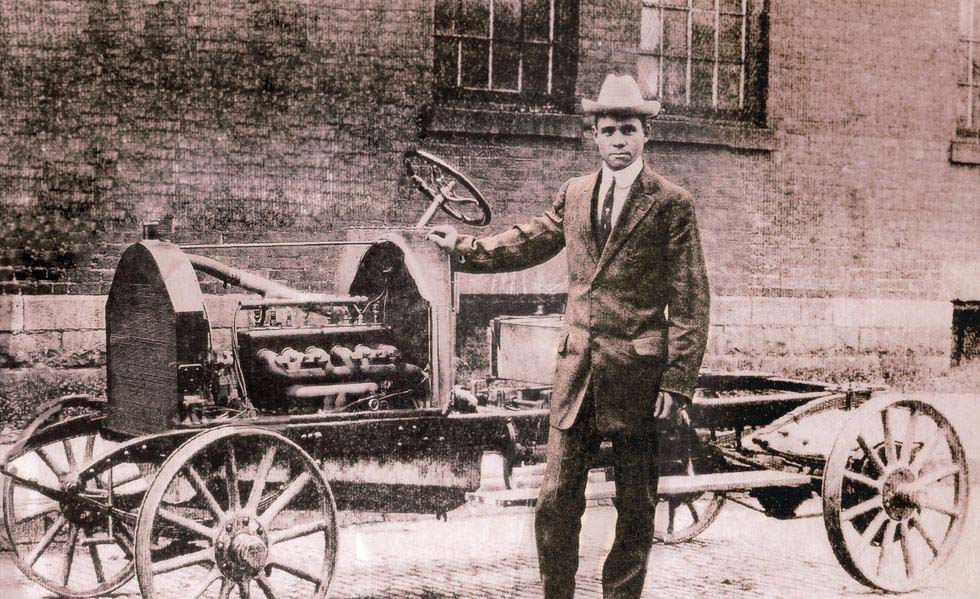 The C.R. Patterson & Sons Company was a carriage building firm, and the first African American-owned automobile manufacturer. The company was founded by Charles Richard Patterson, who was born into slavery in April 1833 on a plantation in Virginia. His parents were Nancy and Charles Patterson. Patterson escaped from slavery in 1861, heading west and settling in Greenfield, Ohio around 1862.

At some point after his arrival in Ohio, Patterson went to work as a blacksmith for the carriage-building business, Dines and Simpson. In 1865 he married Josephine Utz, and had five children from 1866 to 1879. In 1873, Patterson went into partnership with J.P. Lowe, another Greenfield-based carriage manufacturer. Over the next twenty years, Patterson and Lowe developed a highly successful carriage-building business.

In 1893 Patterson bought out J.P. Lowe’s share of the business and reorganized it as C.R. Patterson & Sons Company. The company built 28 types of horse-drawn vehicles and employed approximately 10-15 individuals. While the company managed to successfully market its equine-powered carriages and buggies, the dawn of the automobile was rapidly approaching.

Charles Patterson died in 1910, leaving the successful carriage business to his son Frederick who in turn initiated the conversion of the company from a carriage business into an automobile manufacturer. The first Patterson-Greenfield car debuted in 1915 and was sold for $850. With a four-cylinder Continental engine, the car was comparable to the contemporary Ford Model T. The Patterson-Greenfield car may, in fact, have been more sophisticated than Ford’s car, but C.R. Patterson & Sons never matched Ford’s manufacturing capability.

Estimates of Patterson-Greenfield car production vary, but it is almost certain that no more than 150 vehicles were built. The company soon switched to production of truck, bus, and other utility vehicle bodies which were installed atop chassis made by major auto manufacturers such as Ford and General Motors. Its school bus bodies in particular became popular as Midwestern school districts began to convert from horse-drawn to internal-combustion-fired transportation by 1920.

Around 1920, the company reorganized as the Greenfield Bus Body Company but after ten years of steady, if unspectacular growth, the Great Depression sent the company into a downward spiral. Frederick Patterson died in 1932, and the company began to disintegrate in the late 1930s. Around 1938, the company moved to Gallipolis, Ohio, changing its name again to the Gallia Body Company in an attempt to restart its prior success.  The attempt failed and the company permanently closed its doors in 1939.  Like many other small auto manufacturers, the company was unable to compete with Ford, General Motors, Chrysler, and other large automobile manufacturers.

No Patterson-Greenfield automobiles are known to have survived to the present, but some C.R. Patterson & Sons carriages and buggies are extant.