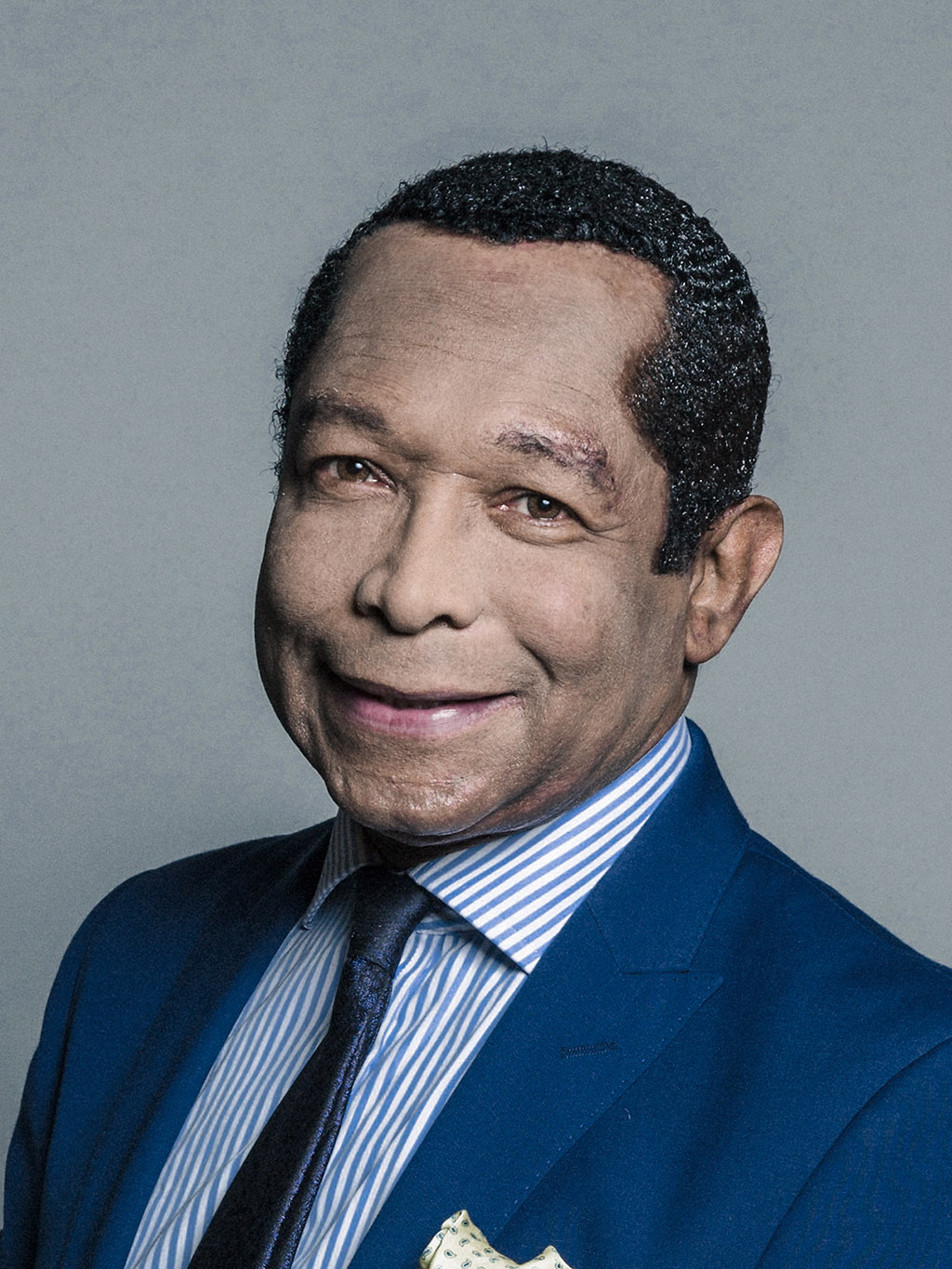 John David Beckett Taylor, the Baron of Warwick, was born on September 21, 1952 in Birmingham, England. His parents, Derief, a professional cricket player, and Enid, a nurse, were originally from Jamaica. Taylor was educated at Moseley Grammar School and later studied English Literature and Law at Keele University before moving to London to pursue a career in Law. He was called to the Bar in 1978 and began a successful career as a Barrister. In 1981 he married his first wife, Jean Katherine Binysh, a pediatrician, with whom he had three children.

Taylor became involved in politics in 1990 when he was named special advisor to the Home Secretary and the Home Office Ministers in the Conservative government of Prime Minister John Major.  In 1992, as the Conservative candidate, he contested but lost the parliamentary seat for Cheltenham.  There was significant opposition to his candidacy from members of his own party because of his race. The notoriety of the election, however, gave Taylor the opportunity to work in television where he was invited to host a national morning show giving viewers legal advice. He later became a producer for the BBC.

In 1996 Taylor was offered and accepted a life peerage from the Government. He was created Baron Taylor of Warwick in the County of Warwickshire by Queen Elizabeth II and became the youngest person and the first person of African ancestry to sit in the House of Lords. In 1997 Taylor introduced a Bill into the House that later became the Criminal Evidence (Amendment) Act of 1997.

Taylor also held several board and committee memberships including: Greater London Further Education Funding Council; Vice-President, British Board of Film Classification; and the Independent Football Commission. Several of his contemporaries found him distant and unwilling to be involved with his fellow Lords. Despite his critics, Taylor also had allies, many of whom believed and publicly asserted that he would become a Cabinet Minister in a future Conservative Government.  In 1997 Taylor was appointed as a Deputy District Judge.

John Taylor has served as a Consultant for Dresdner Kleinwort Benson and Chancellor of Bournemouth University between 2001 and 2006. He is also a Director of Warwick Leadership Foundation Charity and is a patron of Kidscape and Parents for Children.

Taylor and his first wife divorced in 2005 and in 2009 he met his second wife, Yvonne Louise, an Estate Agent and part-time evangelical preacher from Florida. Their marriage lasted only 24 days and was plagued by bizarre publicity. The couple married at the Palace of Westminster and honeymooned at Disneyland Paris (France) where Miss Louise claimed that she slept on the sofa and later in the bath. The marriage was swiftly annulled.

In July 2010 Taylor was charged with six counts of False Accounting during the recent MP’s Expenses Scandal. He was found guilty by majority verdict and could be stripped of his peerage and faces up to four years in prison.  He resigned from his seat in the House of Lords.  Taylor claimed for travel expenses a home in Oxford that he had never visited and a second home at his own address in West London. In his defence he argued that he was acting in good faith and had been advised by friends and colleagues that claiming these kinds of expenses was common practice among Members of Parliament.