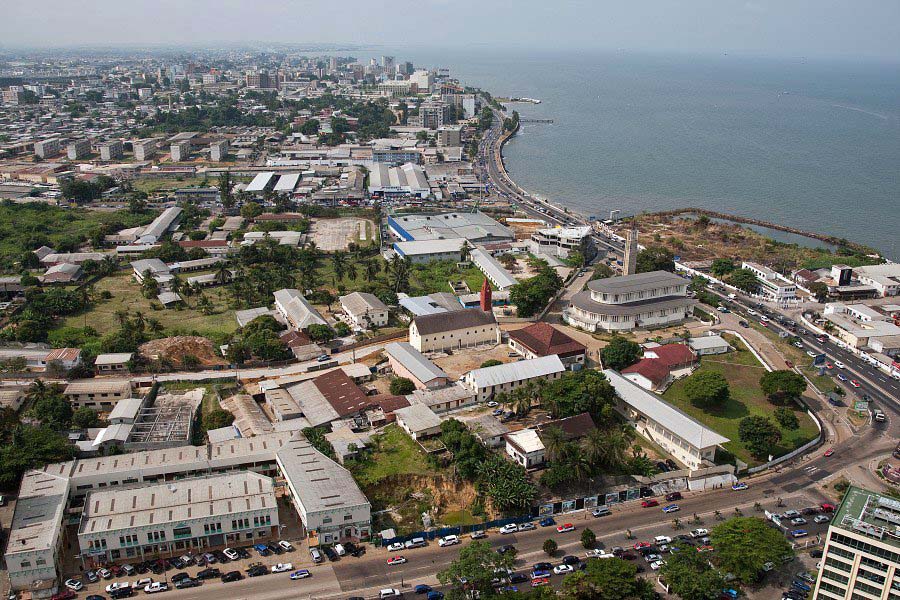 Libreville is the largest city and capital of Gabon, a small country on the western coast of Africa.  In 2005 its population was 578,156.  It is a tropical city that has a port on the Komo River.  The city is the trading center for the nation of Gabon.  Timber, the country’s most important export,  comes through the Libreville port, down the Komo River and then into Gulf of Guinea. The official language in Libreville is French due to its previous colonization by France.

Before the French acquired the land in 1839, Libreville was populated by the oldest indigenous  ethnic group in Gabon, the Mpongwe, who had inhabited the area for about 2,000 years.  In 1839 French traders first acquired control of a coastal strip that now includes the city.  In 1846 the French Navy captured L’Elizia, a Brazilian ship carrying slaves for sale near Loango in present-day Angola.  The slaves were freed in Gabon and in 1848 they founded the city of  Libreville, which literally meant “free town,” naming it as the symbol of their own liberation.

As the French colonial presence grew in central Africa they declared Libreville the capital of their largest colony in the region, French Equatorial Africa in 1888.  It remained the capital until 1904.  Libreville also served as the chief port of the colony from 1934 to 1946 and was the central objective in the Battle of Gabon in 1940, which pitted colonial supporters of Vichy, France against those who allied with the Free French under General Charles DeGaulle.

When Gabon gained its independence from France on August 17, 1960, Libreville was declared the capital.  The city had grown slowly under French colonial administration and at the time of independence had a population of 32,000.  Since its independence, Libreville has grown exponentially. It is the home of the nation’s shipbuilding, brewing, and lumber industries.  It also exports wood, rubber and cocoa through its port.  Libreville is now the education center in Gabon and serves as the home of a number of schools, libraries, and research facilities and Omar Bongo University, which has served as the national university since 1970. With almost 600,000 people, Libreville now has nearly half the population of Gabon.  Libreville International Airport, located eight miles north of the city, is the largest airport in Gabon.