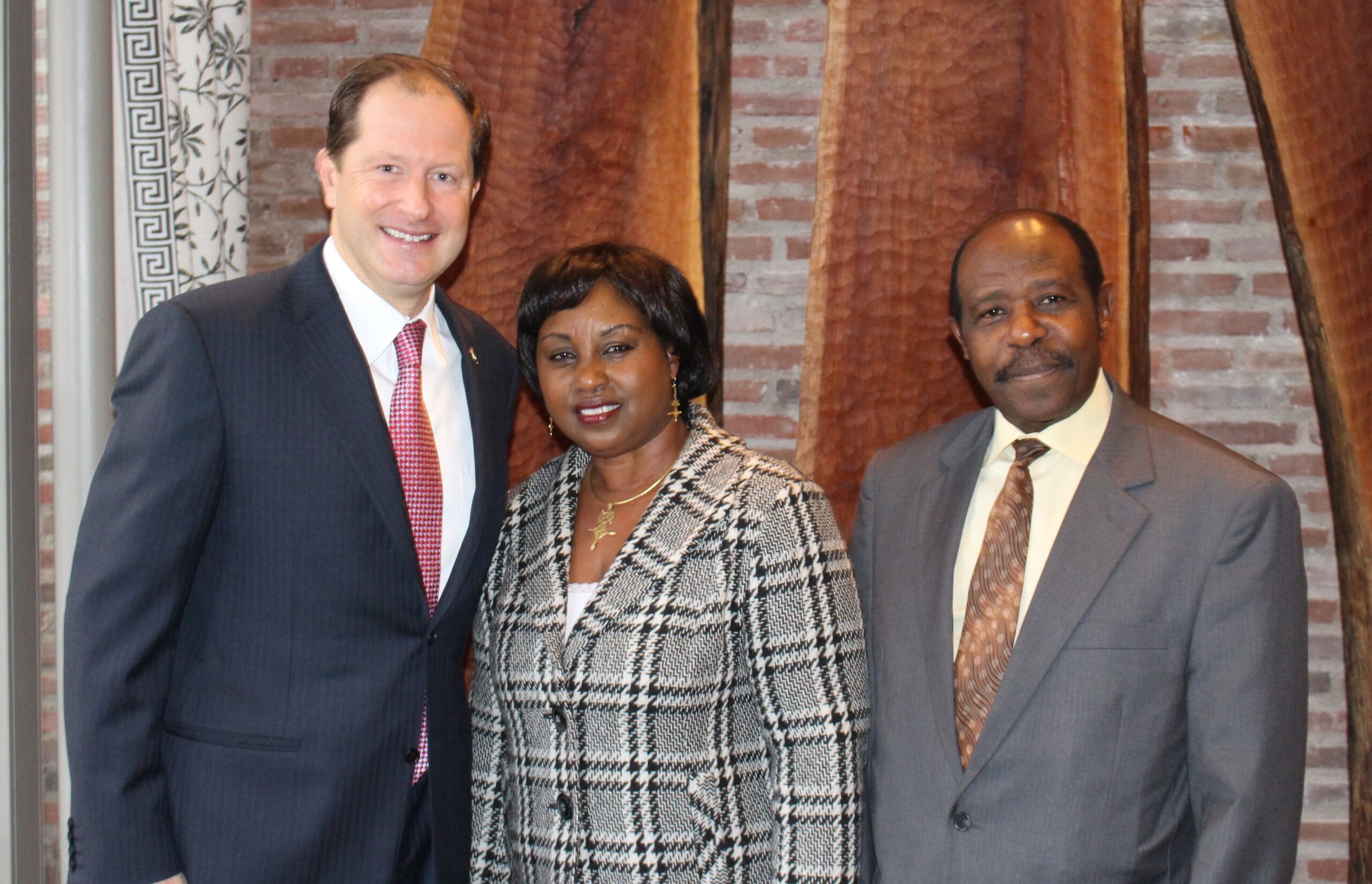 Tatiana Rusesabagina, best known for helping her husband Paul Rusesabagina in protecting 1,268 refugees in the Hotel des Milles Collines during the Rwandan genocide, was born as Tatiana Mukangamije on October 24, 1958 in Butare, Rwanda into a Tutsi family. She studied to become a nurse in the Rwandan city of Ruhengeri where she met her future husband and they married in 1989. Tatiana took over responsibility for raising Paul’s three children from a previous marriage.  They had a son together and they adopted two of her nieces, the daughters of his brother who was killed during the mass killings. Tatiana and Paul Rusesabagina were a rare couple who married across ethnic lines in a nation with a centuries-long rivalry which occasionally flared into violence between Paul’s Hutu and Tatiana’s Tutsi people.

The Rwandan Genocide was one of the largest in modern history.  For a four-month period in 1994, Hutu militants killed nearly one million people in a nation whose total population in 1990 was 7.2 million. The genocide of Tutsi people and Hutu sympathizers of the Tutsi had officially started five days before April 12, 1994 when the Rusesabagina family moved into the Hotel des Milles Collines.  With the agreement of the Belgian hotel owner, Sabena, who controlled both the Hotel des Milles Collines and the Diplomat Hotel, Paul Rusesabagina was made temporary manager when the Belgian manager was evacuated from Kigali (along with other foreign nationals) and allowed to welcome endangered Tutsi and Hutu refugees into the hotel.  Eventually 1,262 people were allowed to stay in this temporary refuge of 113 bedrooms during the four months the massacres continued while Paul negotiated with various local and national authorities to prevent the killing of the people sheltered on the hotel grounds.

Tatiana Rusesabagina was depicted in Hotel Rwanda, the 2005 cinematographic adaptation of her and her husband’s story, as the fundamental pillar enhancing her husband’s decisions and actions while acting to protect their children and many of the other children in the hotel.  Tatiana Rusesabagina today lives in the residential neighborhood of Kraainem, near Brussels, Belgium with her husband. Even though her voice and her account have not had the attention of the public as has her husband’s activities, Tatiana Rusesabagina undeniably played a crucial role in providing protection and support for the refugees in the Hotel des Milles Collines during the Rwandan Genocide.