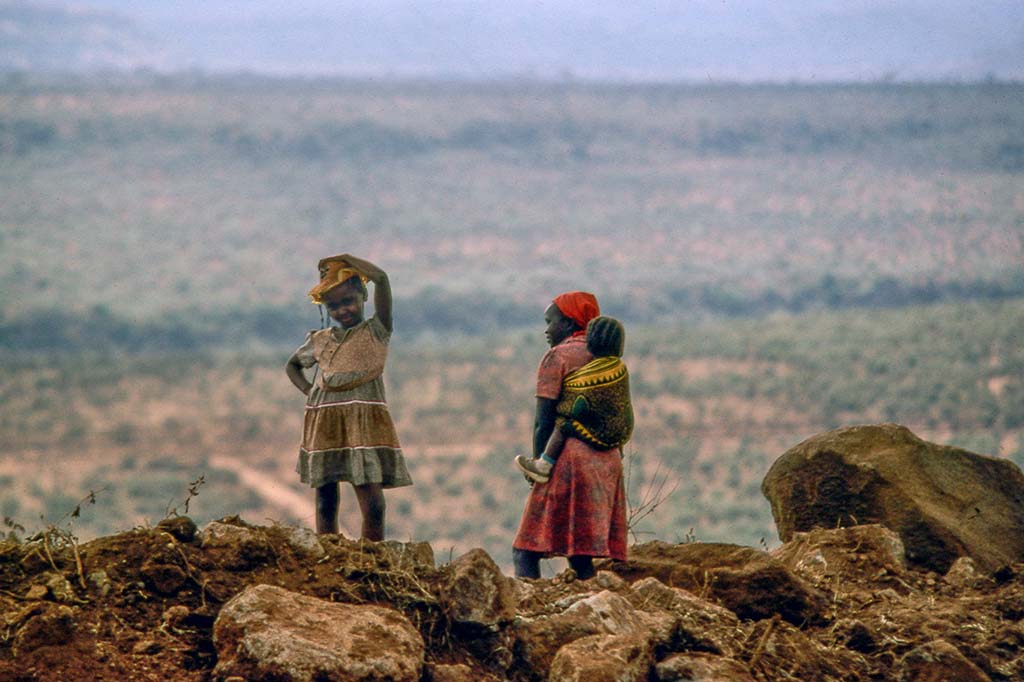 Site of some of the oldest hominid fossils, The Great Rift Valley in East Africa refers to a massive land depression, formed approximately twenty million years ago when two parallel fault lines pulled apart. The rift stretches along East Africa from the Jordan River Valley in southwest Asia to Central Mozambique, and is of such scale that Rift Valley is clearly visible in photographs of earth taken from space.

At a total length of roughly 3,000 miles, the massive depression varies between 25 and 37 miles wide and plummets from 10 feet to an extraordinary 6,000 feet in depth. Along either side of the Rift Valley reside volcanoes both active and dormant. Some of the most impressive peaks include Mount Kenya, and Kilimanjaro, the tallest mountain in Africa. Together with the many steam vents and boiling springs in the Rift Valley, these volcanoes help contribute to an area rich in ash and sodium carbonate, turning many of the lakes in the area heavily alkaline. Despite this alkalinity, these lakes are home to a majority of the world’s flamingos, which have developed the ability to eat algae off the lake without consuming the corrosive liquid.

The Rift Valley is home to the deepest lakes in East Africa, including Lake Turkana in Kenya.

The rapidly eroding highlands have filled the valley with sediments which create a favorable environment for fossil preservation. Consequently the Rift Valley was the locale where some of the earliest human ancestor remains, tools, and weapons have been uncovered.  Mary Leakey’s 1959 discovery of the 1.75 million year old Zinjanthropus cranium at Tanzania‘s Olduvai Gorge, a section of the Rift Valley, drew worldwide attention to the area as a region of discovery in paleoanthropology. The 1974 discovery of 3.2 million year old “Lucy,” a 40% complete Australopithecus skeleton by paleoanthropologist Donald C. Johanson near Hadar, Ethiopia, as well as other subsequent discoveries in Kenya and Tanzania including a 4.4 million year old female named Ardi in the Afar Depression in Ethiopia in 1994, indicate that the Rift Valley is humankind’s ancestral homeland.