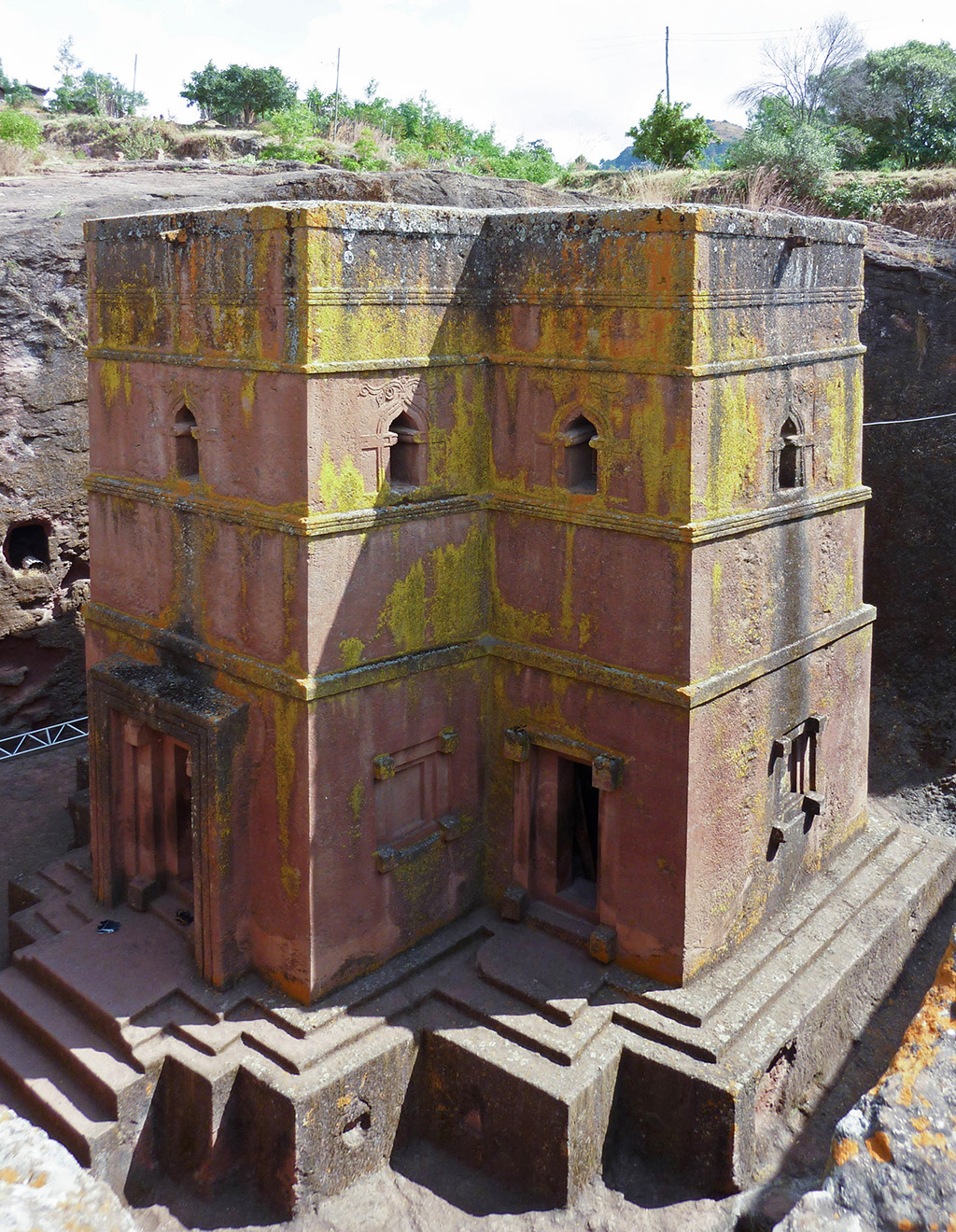 Lalibela, a small city of approximately 15,000 people located in the Wollo Province of the Amhara Region of Northern Ethiopia, is considered one of the nation’s holiest cities and is the destination for pilgrimages by Ethiopian Orthodox Christians from around the nation. It was envisioned to be a “New Jerusalem” in response to the capture of Jerusalem by the Muslims in 1187.

Originally called Roha, the town took the name of Gebra Maskal Lalibela, the Emperor of Ethiopia from 1185 to 1225 and one of the last rulers of the Zagwe Dynasty. According to local history Lalibela, who had visited Jerusalem before its conquest, vowed after its fall to make Roha his new capital and to ensure that it would recall the glory of old Jerusalem. He gave biblical names to many of the town’s features and encouraged architecture that followed established Christian themes. Lalibela remained the capital of Ethiopia for more than a century after the Emperor’s death.

Thirteen unusual churches were built in and around Lalibela. Each church sits below ground level and was cut directly into the rocky terrain. These church buildings are architectural marvels. The floors, columns, windows, doors and even roofs were constructed by carving into enormous pieces of solid rock. Some of these structures are “pure” monolithic churches, meaning the entire edifice is carved from a single rock with only the floor still connected to the terrain. Four of the twelve rock-cut churches are “pure” monolithic churches, Bete Madhane Alam, Bete Maryam, Bete Amanu’el, and Bete Giyorgis, the most finely built and best preserved of the churches.

Abba Libanos, another full rock-cut church, is unique in that it has walkways surrounding the outside of the building. These walkways connect to the landscape at the top of the structure. Bete Madhane Alam, the largest church, houses the Lalibela Cross. Bete Golgotha, known for the art on its walls, is said to contain the tomb of Emperor Lalibela.

Some historians theorize that not all of the thirteen buildings were intended to be churches. Bete Gabriel-Rufael was possibly a royal palace and Bete Merkorios may have been a former prison.

Complementing all of these rock-cut churches is an extensive system of drains, defense trenches, and ceremonial passages all cut out of the volcanic rock common to the region.

There is scholarly debate regarding when and how and why these churches were constructed because of the differing architectural and engineering styles. This debate is ongoing and carbon-14 data has been inconclusive. Nonetheless because of its churches, Lalibela is a World Heritage Site and thousands of tourist mix with Christian Pilgrims to visit the town and its churches each year.