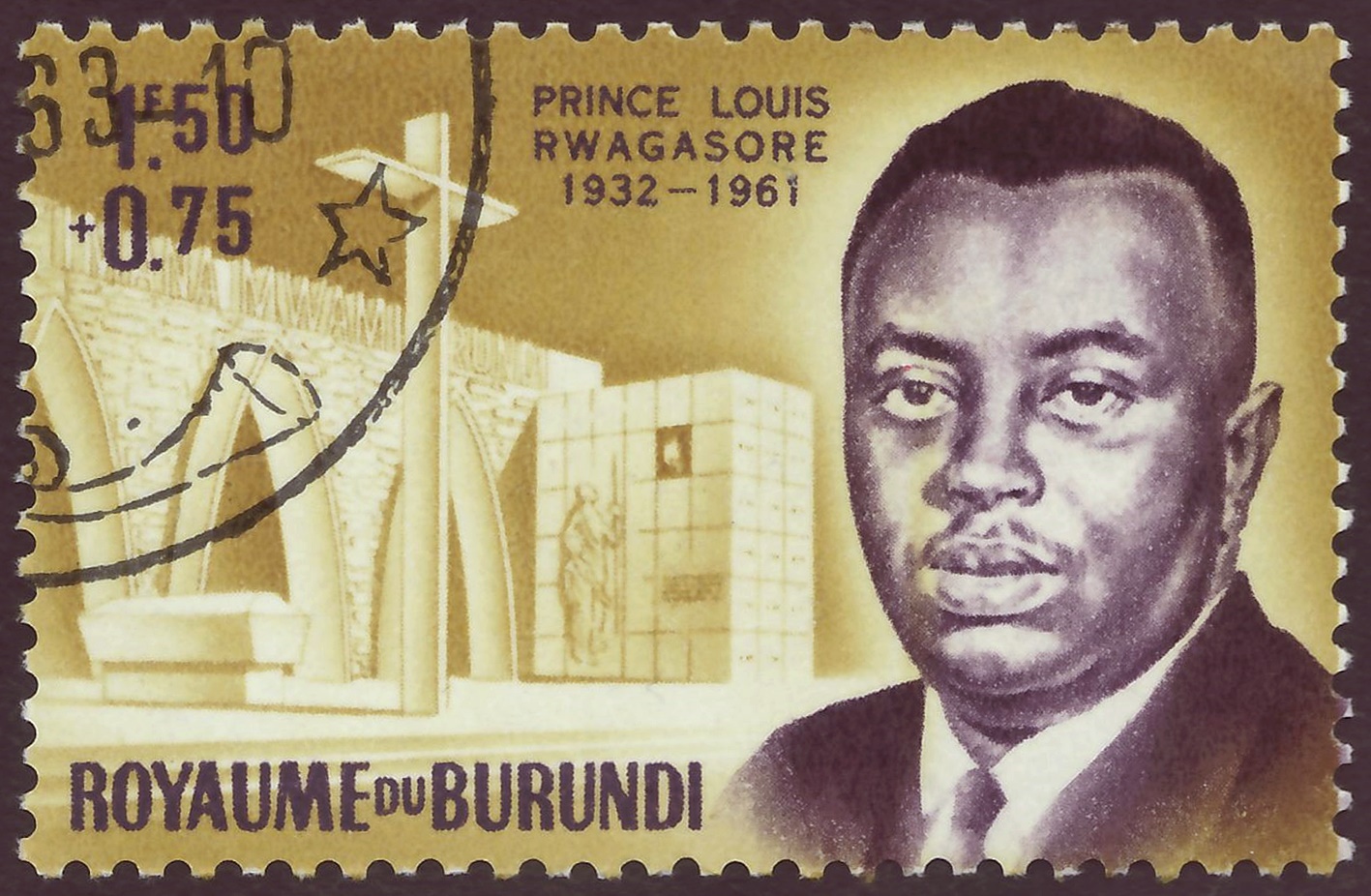 Prince Louis Rwagasore was King Mwambutsa IV’s oldest son, and an important political figure in the history of Burundi, which was then a colony of Belgium. Prince Rwagasore, who was born on January 10, 1932, was the heir apparent of the throne of the Burundi Kingdom, which had existed since the 16th Century. Rwagasore was born in the province of Muramvya, the political center of the Burundi Kingdom, the place where all Burundian kings and their families resided. Rwagasore’s father, King Mwambutsa IV, was the last king of Burundi, and governed from December 16, 1915 to July 8, 1966.

Prince Rwagasore was educated at the Groupe Scolaire d’Astrida, an elite secondary school in Rwanda that was established in 1929 by Les Frères de la Charité (Brothers of Charity), a Belgian religious institute, to educate Burundians and Rwandans to assist the Belgian colonial administration.

In 1952, 20-year-old Prince Rwagasore briefly attended universities in Antwerp and Louvain in Belgium, but returned to Burundi to lead an evolving anti-colonial movement. In 1956, Rwagasore urged Belgian Vice-Governor General Jean Paul Harroy to install a “Murundi” constitution in preparation for eventual Burundi independence. One year later he founded a series of cooperatives to encourage economic independence. Belgian authorities, however, recognized these cooperatives as a threat to their colonial power and banned them in 1958. In response, Rwagasore founded the Union for National Progress (UPRONA) as Burundi’s first indigenous political party and became its leader. At the first UPRONA Party Congress in March 1960, Rwagasore demanded complete independence for Burundi and called on the local population to boycott Belgian stores and refuse to pay taxes. His calls for civil disobedience led his being placed under house arrest.

Rwagasore’s actions indicate that he envisioned a post-colonial Burundi and promoted nationalism and decolonization which directly challenged Belgian colonial authority. Rwagasore, a Tutsi, promoted the reduction of ethnic rivalry by marrying a Hutu woman. He urged replacing the traditional centralized monarchy with a constitutional monarchy. His ideas were popular, and—when Belgium reluctantly granted Burundi independence in 1962 in the wake of their disastrous experience in the neighboring Congo—Rwagasore had prepared his followers for a peaceful transition to independence. During Burundi’s first pre-independence election in 1961, UPRONA won 80 percent of the vote, and Rwagasore was positioned to become the first political leader of independent Burundi.

Rwagasore’s nation-building efforts were despised by the Belgians who were already angry over his promotion of Burundi’s independence. On October 13, 1961, as the Prince was having dinner at the Hotel Tanganyika in Bujumbura, the capital city, he was assassinated by a Greek mercenary. He was 29 years old. Most historians believe that his death was the result of a conspiracy between the Belgians and the pro-Belgian Christian Democratic Party, one of Rwagasore’s opposing parties.

Rwagasore repudiated the life of a traditional monarch in order to lead his nation’s independence movement. His success ultimately cost him his life. Yet he left a powerful legacy of freedom of Burundi, even though he did not live to see the day of its independence.