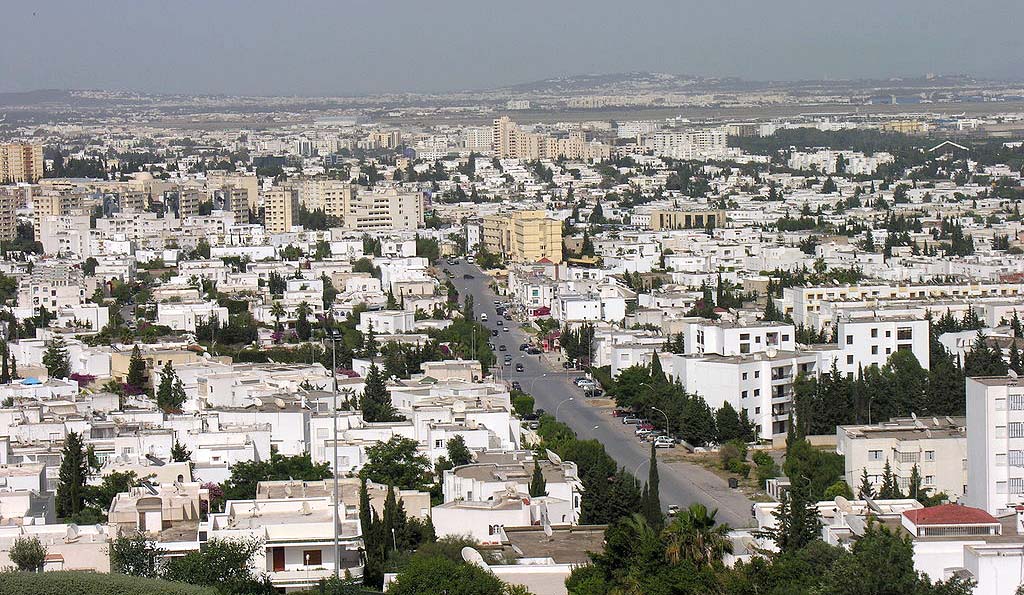 Tunis is the largest city and capital of Tunisia. The city, which is situated on a Mediterranean Sea Gulf at the Lake of Tunis, is divided into two sectors: the old, walled, Muslim city (the medina), and the modern European quarter. The old sector neighbors the ruins of ancient Carthage. The estimated population of the metropolitan area was 2.3 million in 2000.

Tunis, which was founded in the ninth century BCE by Libyans, was overshadowed for much of its early history by other Tunisian cities. Tunis served as the base for the Romans in the second century when they waged war on the Phoenicians (immigrants from what are now Lebanon and Syria) in Carthage. Both of the cities were destroyed following the Romans’ triumph, though they both were rebuilt later.

Tunis served as an important location for a variety of groups. For instance, the Arabs valued the city as a strategic location in the seventh century. It attracted immigrants from throughout the Arab world, and was prized by merchants and government officials alike. By the thirteenth century Tunis was a royal city and a market center for the surrounding region.

The modern city of Tunis was built under French rule during the nineteenth century, which lasted from 1881 until 1956. During their occupation, the French built a modern European quarter and the population of Tunis increased significantly. The city’s booming commercial and industrial activities attracted many settlers, including both Europeans and non-European Muslims. European investors provided funding to build railways, a telegraph system, and other infrastructures in Tunis.

The city possesses a long and rich history of both “old” and “new” where French colonial-era buildings sit next to smaller, older structures. The old city boasts a number of prominent markets, such as Souk el-Attarine (specializing in perfumes and local craftwork) and the Souq Birka (the Gold Market), as well as a collection of buildings that have historical importance in the city’s history. These buildings include the National Library (1813) and the Sidi Youssef Mosque (17th century). Additionally, the National Museum of Islamic Art, the Bardo Museum, the Medina of Tunis, the El Djem Amphitheater, and many others reflect the city’s cultural diversity and heritage.

In 1956, Tunis became the capital of independent Tunisia. In serving as the capital city, Tunis is the focal point of Tunisian political, administrative, and commercial life and activity. During the latter half of the 20th century, the Tunisian economy expanded greatly, which also triggered significant social changes throughout the city along with growth and development. The Arab League was headquartered in Tunis from 1979 to 1990, and the Palestine Liberation Organization (PLO) also had its headquarters in Tunis, from the 1970s to 2003. The growth of the city allowed for the creation of new districts and building renovations. This urban landscape helped to decrease conflict between the Arab city and the European city.

The economy is dependent on agriculture as a major source of income and also includes manufacturing (such as textiles, clothing, and cement) and tourism. The mosque of Az-Zaytunah (8th century) is one of the city’s main attractions, as are the ruins of a Roman aqueduct and various thermal baths. The University of Tunis was founded in 1960. Today the city is home to about a fifth of Tunisia’s population.