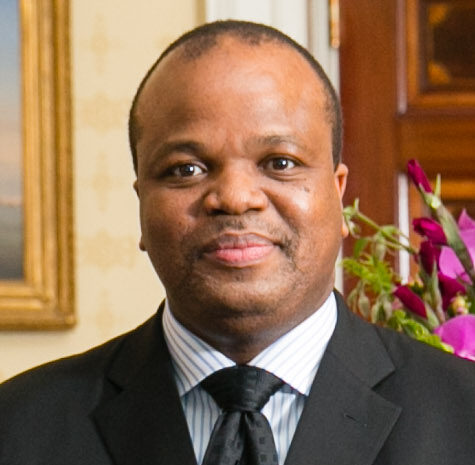 The current king of Eswatini, formerly Swaziland, is Mswati III. He was born on April 19, 1968, in Manzini, the largest city in what was then called Swaziland. Mswati was named Makhosetive Dlamini (King of Nations). His parents were King Sobhuza II and Ntfombi Tfabla, one of the king’s younger wives. The prince grew up at the Etjeni royal residence near Lobamba, the legislative and royal capital of Eswatini, where the sister of his mother acted as his nanny.

Prince Mswati received his primary education at Masundvwini Royal School and his secondary education at Lozitha Palace School in Swaziland. He then attended boarding school in Sherbourne, in the south of the United Kingdom where he studied English, mathematics, business studies, geography, physical science, and economics.

King Sobhuza II died in August 1982. After his death, it was announced that 14-year-old Makhosetive was the heir apparent. The childless Princess Dzeliwe, presided over the monarchy as regent until Makhosetive was old enough to rule. Being childless it was believed that she would honor the late king’s wishes. Later Queen Ntfombi also acted as regent. At the age of 18, the prince returned to Swaziland and was crowned King Mswati III on April 25, 1986. He was the youngest ruling monarch in the world at the time.

As King, Mswati III has resisted efforts by some of his subjects who demand democratization. A new constitution for the country was issued in 2005. In reviewing the document only token gestures to democracy were made. The king continues to exercise absolute power to appoint the prime minister and cabinet and to dissolve the nation’s Parliament.

Mswati III has at least 15 wives and numerous concubines. He has 36 children and several grandchildren. The king’s lavish spending has been criticized at home and by international donors. Over 40% of the population has been impacted by the AIDS epidemic and nearly 25% of the population relies on food aid for survival. The government’s health budget is reported to be $15 million while the king’s household budget is $61 million. King Mswati III owns two private jets, 19 Rolls Royce cars, and dozens of BMWs used by himself, his wives, and personal friends. This public display of luxury, while his subjects struggle, has resulted in criticism of Mswati III both in the nation and abroad.

In 2021 the government banned petitions to the government asking for democratic reforms. When Thabani Nkomonye, a law student, was allegedly killed by police, violent protests erupted. In the ensuing violence over 50 people were killed and property damage amounted to $19.4 million. The government continues to use the Terrorism Act of 2008 to suppress free speech and any criticism of the monarchy. Restrictions on freedom of association and assembly have been implemented and press freedom is severely restricted.

On April 19, 2018, King Mswati III changed the name of the country from Swaziland to Eswatini to mark its 50th anniversary of independence. This was also the date of his 50th birthday.