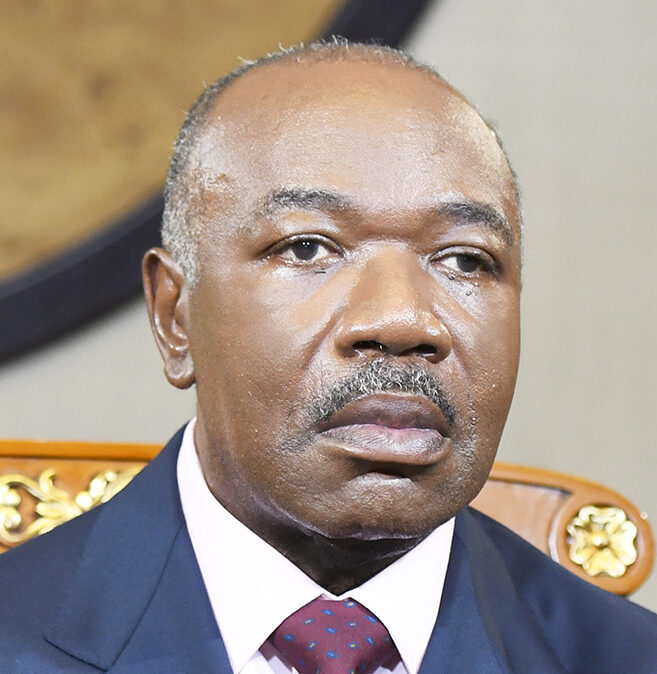 Ali Bongo Ondimba is a Gabonese politician who has been serving as the 3rd President of Gabon since 2009. Ondimba was born Alain Bernard Bongo, on February 9, 1959, in Brazzaville, the capital of the Republic of Congo. His father’s name was Albert Bernard Bongo (later Omar Bongo Ondimba), the second President of Gabon who ruled for 42 years from 1967 until he died in 2009. His mother was Josephine Kama (later Patience Dabany). A 1973 conversion to Islam resulted in the family name changes.

When Ondimba was nine years old, he was sent to a private school in Neuilly, France where he completed his primary education. In 1978, Ondimba recorded a funk album entitled A Brand New Man, produced by Charles Bobbit, manager for James Brown, and with background vocals and music by Brown’s band. The lead single from the album was “I Wanna Stay With You.” Ondimba studied law and graduated from the Pantheon-Sorbonne in Paris in 1978, and received his doctorate from Wuhan University in China in 1980.

Ondimba became involved in politics in 1981 when he joined the Gabonese Democratic Party (PDG). In 1983 he was elected to the PDG Central Committee, making him a member of his father’s cabinet. He soon became his father’s personal representative and was elected to the PDG Political Bureau in 1986. Ondimba held the post of High Personal Representative of the Republic from 1987 to 1989, and he was then appointed as Minister of Foreign Affairs and Cooperation, a position he held from 1989 to 1991. A constitutional amendment that set a requirement of age 35 for ministers resulted in his departure.

After the death of his father, President Omar Bongo, in 2009, Ondimba did not immediately step up to take his place, but did enter his candidacy, and won a subsequent presidential election with 42% of the vote. Amid allegations of fraud, there was a recount of votes, declaring Ondimba the winner with 41.79% of the votes. He was sworn in as President of Gabon on October 16, 2009

In 2018, Ondimba suffered a stroke. The President now walks with a cane and speaks slightly slower, but still retains his position. The Bongo family has been accused of personally exploiting the country’s natural resources and embezzling public monies. An attempted coup d’etat failed in January 2019 and shortly afterward Ondimba announced he would run for re-election in 2023.

Ondimba married his first wife Sylvia Valentin, a French citizen, in 1989, and the couple has four children. He married his second wife, Inge Collins, of Los Angeles, California, in 1994 but Collins filed for divorce in 2015. Ondimba currently resides with his first wife, Sylvia, at the Presidential Palace in Libreville, Gabon.