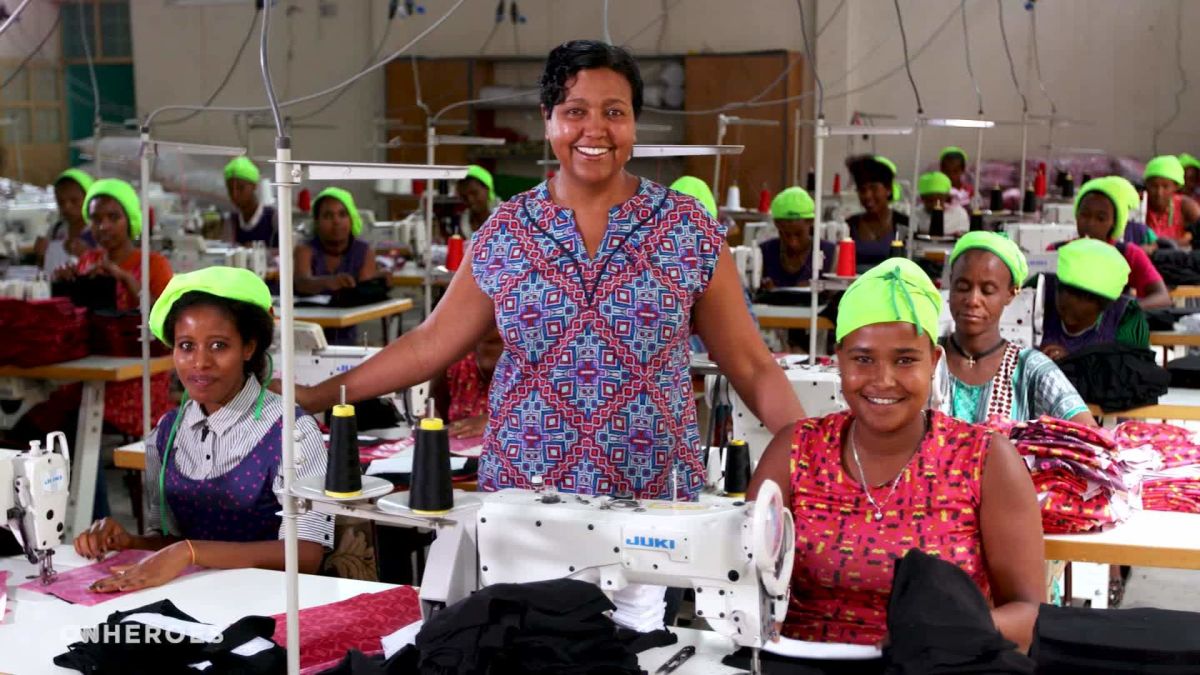 Freweini Mebrahtu (Ge’ez: ፍሬወይኒ መብራህቱ) is an Ethiopian Chemical Engineer and the creator of reusable menstrual sanitary pads for women and girls in Ethiopia. Mebrahtu was born in the Tigray region of Ethiopia in 1965 and is the youngest daughter of seven children. Her parents did not receive a formal education, but her father learned to read and write at church.

In Ethiopia, education for girls is significantly impacted by their menstrual cycle. According to UNICEF, only 54% of girls complete primary school due to insufficient access to sanitary pads. Mebrahtu’s first menstrual cycle was an unforgettable experience; she did not know what menstrual cycles were, leading to an uncomfortable ordeal. Due to the lack of information, Mebrahtu felt depressed and alienated, until she learned her friends were also experiencing menstruation. This became a bonding experience for them. Mebrahtu and her friends would use old garments as pads and bring scarves to conceal themselves in case they stain their clothes.

In 1988, Mebrahtu was given the opportunity to study in the United States. She remembers her first trip to the convenience store, where there was an overwhelming selection of sanitary pads. Seeing the stark difference between the United States and Ethiopia caused her to constantly think about women and girls in her home country. Did things change for them as well?

In 1992, Mebrahtu graduated from Prairie View A&M University in Texas with a Bachelor of Science in Chemical Engineering. After completing her studies she returned to Ethiopia where she continued to hear horror stories about women and their menstrual experiences. In 2005, she created a reusable sanitary pad and successfully deployed it in the Ethiopian city of Kelkel Debri. Mebrahtu was granted a patent in 2006 by Ethiopia’s Science and Technology Ministry, and in 2009, she secured a $150,000 loan from the Ethiopian Development Bank and founded Mariam Seba Sanitary Products Factory named after her daughter. The factory employs 42 local women and produces 600,000 sanitary pads and 300,000 undergarments annually. CNN awarded Mebrahtu its 2019 Hero of the Year for her remarkable work. Her efforts have helped remove some of the stigma surrounding menstruation and has significantly reduced the number of girls that dropout of school due to menstruation.