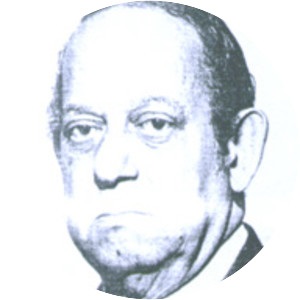 Frederick Eutrope Degazon was a Dominican politician who served as the country’s first president from 1979 to 1980. He was born on January 4, 1913, in Castries, St Lucia.

Degazon attended St. Mary’s College, St. Lucia, and studied law at the University of London. He practiced as a private lawyer in St Lucia and Dominica from 1934 to 1940 and served as a civil servant in Dominica, St Lucia, and Jamaica in the 1940s until his retirement in 1969. He was elected Speaker of the House of Representatives in 1977 and after the declaration of independence in 1978, Parliament elected Degazon as Dominica’s first president, although the office was largely ceremonial.

In June 1979, during a constitutional crisis triggered by a desire for democratic socialist reforms, Degazon attempted to leave the country and was finally able to flee to England on June 11. The Chamber of Deputies initially elected Louis Cools-Lartigue as his successor, but he resigned the very next day and was replaced by Jenner Armour. Degazon officially resigned in February 1980. He lived in London, where he died on October 4, 2008, at the age of 95.