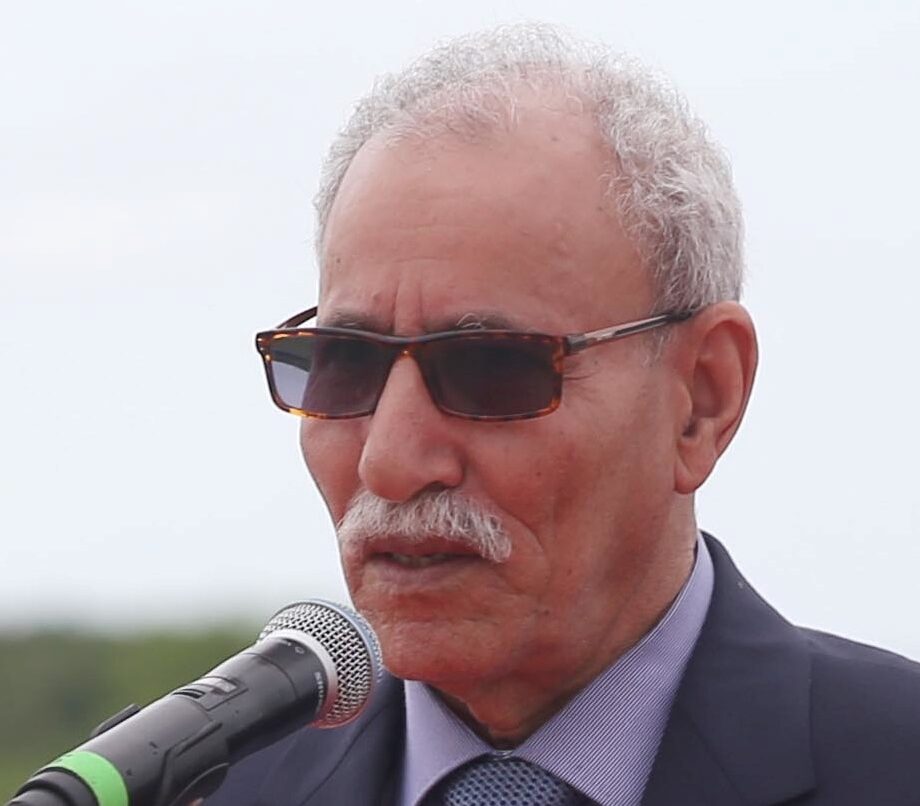 Ghali was born in Smara on September 16, 1949. He joined the Spanish-led nomadic forces in the late 1960s and was subsequently posted to Smara as an administrative officer. After several meetings with Mohamed Bassiri and other Sahrawi politicians, they decided to form the AOLS in 1969, of which Ghali became secretary. He participated in the AOLS demonstration in El Aaiun on June 16, 1970, which later became known as the Zemla Intifada. That same night he was arrested by Spanish soldiers and sentenced to one year in prison for his political activities. He was released in 1971 but was briefly imprisoned again in 1972 for his participation in demonstrations.

Ghali was one of the original founders and leaders of the Frente Polisario in 1973 and was elected as the movement’s first general secretary at its founding congress. Together with El Uali Mustapha Sayed, Ghali led the raid on El-Khanga, the Polisario’s first military action against a Spanish army desert post, overrunning the position and collecting weapons and equipment. In 1974, when El Uali was elected the new Secretary-General of POLISARIO, Ghali was appointed commander of the Sahrawi People’s Liberation Army, its military wing.

On March 4, 1976, Ghali was appointed Minister of Defence in the first government of SADR, which had been proclaimed on February 27 in Bir Lehlou. He remained in this post until 1989 when he was appointed Commander-in-Chief of the Second Military Region.

In an election held in the Sahrawi refugee camps in Tindouf on July 9, 2016, Ghali was elected as the next president and secretary-general of SADR. Ghali replaced long-time leader Mohamed Abdelaziz, who died on May 31, 2016.

In 2013, a case was filed against him in Spain for alleged torture, genocide, murder, terrorism, and disappearances. The case was suspended and then resumed after Ghali came to Spain in 2021 to recover from his critical health condition, which was attributed to COVID-19. On May 19, 2021, the Spanish Audiencia Nacional summoned him to testify as defense counsel in the case brought by ASADEDH and Fadel Breica. Ghali was found not guilty.

Shortly afterward, Ghali left Spain and moved to Algeria on June 2, 2021, where he continued the less acute phase of his recovery at the Ain El Naaja military hospital in Algiers.