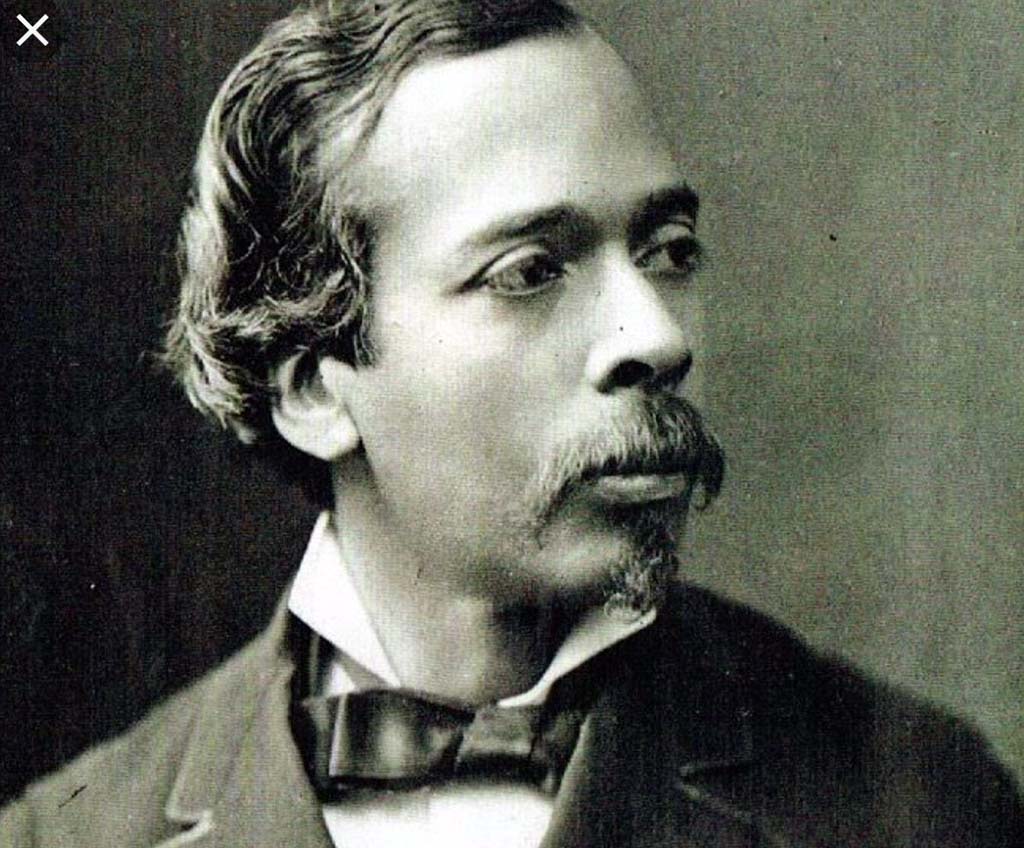 The first mayor of African descent of a major European city, Severiano de Heredia, was born in Havana, Cuba, on November 8, 1836. He was the son of prosperous mulatto parents, Henri de Heredia and Beatriz de Cárdenas. Registered as a “mulatto born free” in the parish of Jesus del Monte, some contend his actual father was his godfather, Don Ignacio Heredia y Campuzano, a wealthy landowner and slaveholder, who adopted and raised him along with his wife, Madeleine Godefroy. Escaping turmoil in Cuba, at age 10 he was packed off to France where he studied in Paris at the prestigious Lyceum Louis le Grand, graduating with highest honors (winner or the Grand Prix d’Honneur) in 1855.

Living comfortably on the inheritance he acquired upon the death of his godfather, Heredia worked as a journalist, literary critic, and poet. In 1868 he married Henriette Hanaire with whom he had a son, Henri-Ignace, who died in an accident at age 12, and a daughter, Marcelle, who became a neurophysiologist. Concurrent with the establishment of the Third Republic in 1870 Heredia was granted French citizenship which allowed him access to political office.

A progressive who favored universal education, the separation of church and state, industrialization, a free press, women’s rights, and child labor reforms, in 1873 he was elected Counselor of Ternes representing the 17th Arrondissement (administrative district) and thus given a seat on the Municipal Council (Conseil Municipal) of Paris. He worked on this governing body for six years.

On August 1, 1879, Heredia was elected President (equivalent to mayor) of the Municipal Council for a term of six months since the position of President rotated between Councilmembers. During his brief term of leadership Heredia responded to a deadly winter that saw temperatures plunge to 23 degrees below zero. He found shelter for the homeless and ordered 12,000 unemployed persons to keep the streets clean and open to traffic. Paris then was a metropolis of two million inhabitants.

Again representing the 17th Arrondissement, one of the most populous districts in the city, in 1881 Heredia ascended to a seat in the Chamber of Deputies (Chambre des Députés) in the National Assembly (Assemblée Nationale, or French Parliament). In 1887, he joined the cabinet of Prime Minister Maurice Rouvier for eight months as Minister of Public Works and had the opportunity to advance his priorities in regards to public schools and continuing education, libraries, ecology, and transportation. Unsuccessful in the elections of 1889 and 1893, he retired from politics.

Heredia did not escape the attention of French conservatives and racists. One newspaper columnist referred to him contemptuously as “The Negro of the Élysée” (Palace) while others called him the “chocolate minister” or worse. Notwithstanding the occasional insult he was widely recognized for his intelligence, cultured demeanor, and humanity. The successor of Victor Hugo as president of the Association Philotechnique and a high-ranking Freemason, in retirement he enjoyed reading literature, almost slipping into oblivion until a revival of interest in the historic import of his career. Heredia died suddenly in his home of meningitis on February 9, 1901 and was buried in the Batignolies Cemetery in Paris. He was age 65 at the time of his death.