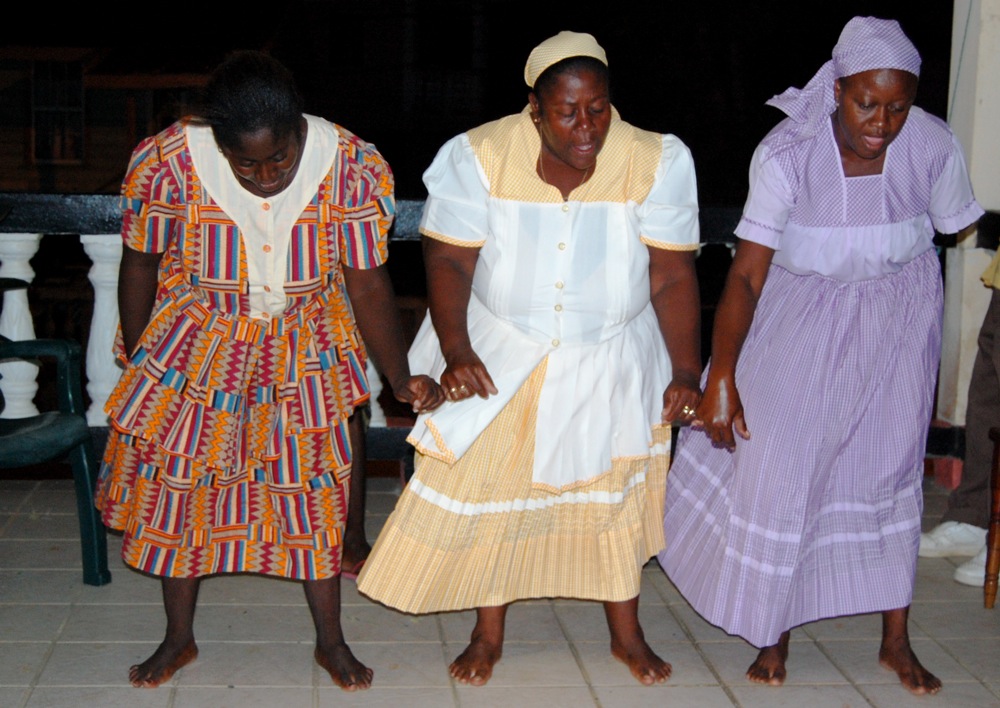 In 1635, two Spanish ships were wrecked near what is now St. Vincent in the West Indies. The ships held West Africans who were to be sold as slaves in the West Indies. The West Africans escaped from the Spaniards, and hid themselves among the indigenous Amerindian group, the Carib people on the island. The Africans eagerly adapted to the new environment in hopes of avoiding slavery and remaining under the protection of the Carib community. Likewise, the Caribs protected their new African neighbors because they resisted European encroachment on their lands.  Eventually the Caribs and West Africans began intermarrying, and ultimately, created the Garifuna people.

When the French defeated the Garifuna on St. Vincent in 1795 and drove them to nearby Becquia Island, they and other Garifuna left the Lesser Antilles Islands by the thousands and settled on the coast of Honduras.  By 1802, they had migrated to what is now Belize.  Led by Thomas Vincent Ramos, they settled in the township of Dangriga and soon spread out to other communities. The Garifuna population currently resides in 43 locations on the Atlantic Coast between Belize and Nicaragua. The largest of these communities are in Honduras and Belize, where about 98,000 Garifunas are concentrated in various towns.

Today, Garifuna culture is still heavily influenced by its Carib and African ancestry. The music, language, food, religion and dance provide evidence of the strong presence of both West Africa and Amerindian cultures. Nonetheless, like other West Indian and Latin American people, the Garifuna have immigrated to the United States. The largest Garifuna population outside of Central America resides in New York City, New York.

Through both disease and warfare, the Caribs died out as a separate Amerindian people.  Thus, Garifunas are regarded as the last remaining descendants of this group. They are often referred to as the Black Caribs and are the only people remaining who reflect the culture and traditions of the original Amerindian inhabitants of the Caribbean Islands. Unfortunately, like the Caribs, the Garifuna are also declining in numbers and their traditional culture is being undermined by the economic and political modernization of Belize and Honduras.

With the strong pressure on the Garifunas to speak either Spanish or English, their indigenous language (placed in the Arawak category) is rapidly disappearing. With each generation, parents make less of an effort to teach their children the Garifuna language and culture. However, more recently, there has been resurgence in interest in the Garifuna traditions.  A number of new books and festivals, both in Belize and the United States, are focusing attention the people and their history while serving to maintain the Garifuna identity in the contemporary era.

http://www.garifuna.com, the Official Garifuna site; Susie Post Rust, “The Garifuna: Weaving a Future From a Tangled Past,” National Geographic, http://ngm.nationalgeographic.com/ngm/data/2001/09/01/html/ft_20010901.6.html.