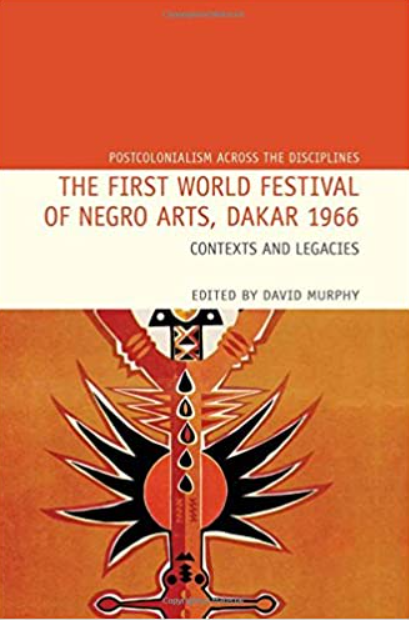 Book Cover for The First World Festival of Negro Arts, Dakar 1966 (Postcolonialism Across the Disciplines LUP)
Fair use image

In April 1966, The First World Festival of Negro Arts, which is now known as FESMAN, launched its debut as the first modern cultural event celebrating global Black culture.

The Festival took place in Dakar, Senegal and was initiated by Senegalese president Léopold Sédar Senghor who saw it as a way to emphasize the importance of cultural development of newly independent African nations. The Festival’s theme centered around the significance of Black artistry and its role in promoting economic, political, and infrastructural development in Africa. Though literature, dance, and visual and auditory performances, Senghor hoped to facilitate the identification with African culture and creativity which challenged the prior limitations imposed during the age of colonization.

The event brought together more than 2,000 writers, artists, and musicians from throughout the African diaspora including 30 independent African nations, to celebrate the vast diversity within Black cultures. Renowned African American artists including as Langston Hughes, Duke Ellington, and Josephine Baker, performed in celebration of Africa’s cultural renaissance which mirrored their own contributions to the Harlem Renaissance, the jazz age, and Negritude.

Festival organizers sought to showcase Black excellence internationally by placing Black art in the company of Picasso, Modigliani, and other famous European figures. This artistic illustration of pan-Africanism contributed to the emerging global dialogue on the cultural importance of Africa and to show that the continent, and indeed all African peoples, were no longer bound by their history of oppression and slavery.

The Festival celebrated a newfound understanding of pan-Africanism, as different cultural performances from artists around the world showcased the collective identity of “blackness.” It promoted the unity of different ethnic groups within Black communities all over the world and reinforced the global demand for racial equality.

Following the events at the festival in Dakar in 1966, the Second Wold Festival of Negro Arts continued in Lagos, Nigeria some years later in 1977. This event was the largest pan-African event held in Africa. The most recent festival returned to its origin in Dakar nearly 30 years later in December 2010, to celebrate the significance of pan-Africanism and Black culture.