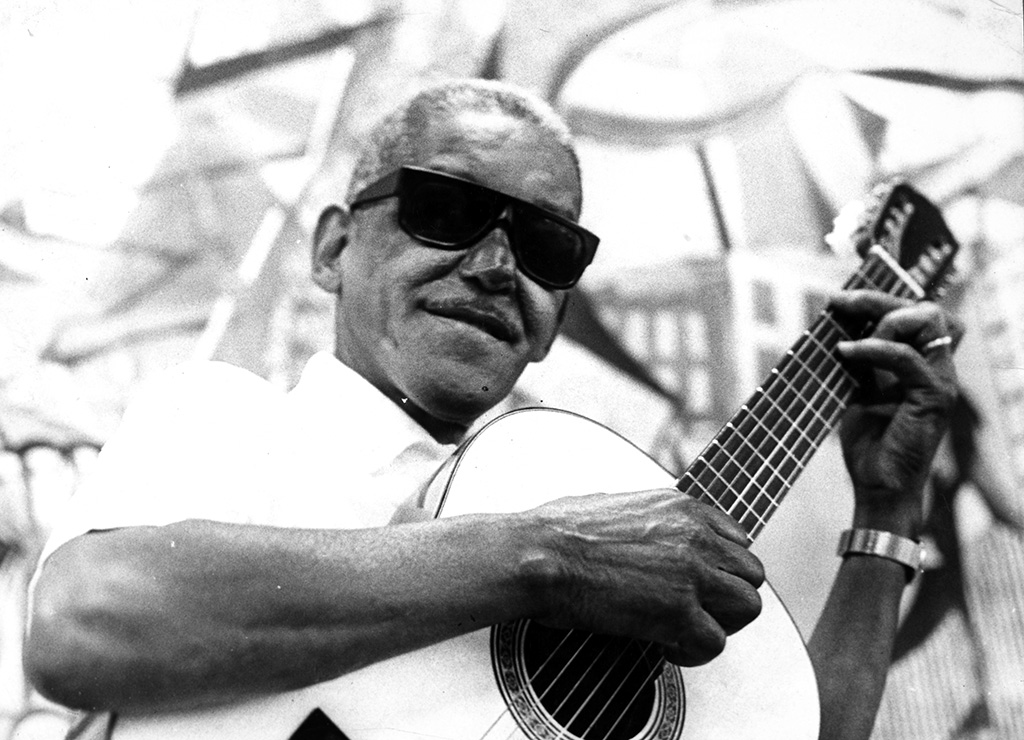 Agenor de Oliveira, known as “Cartola,” renowned Brazilian musician, was born on October 11, 1908 in Rio de Janeiro, Brazil and died on November 30, 1980 at the age of 72. From humble origins, Cartola worked at various odd jobs, including the construction industry, where got his nickname after the top hat he wore to work. In 1928, Cartola was one of the founders of Mangueira Samba School, the second organization of its kind in Rio.

During the 1930s, Cartola composed and performed sambas for Mangueira, becoming known outside the hill (the slum area around Rio) as various artists became interested in his songs, including Carmen Miranda, the famous Brazilian singer. Mangueira itself became one of the darling samba schools of cariocas and its parades during Carnival revealed to the city and the country the beauty of Cartola’s compositions.

Nonetheless, between 1948 and 1956, Cartola slipped into oblivion and worked as a doorman. Brazilian writer Sergio Porto brought Cartola to the spotlight again. In the 1960s, with his partner Euzebia Silva do Nascimento, known as Zica, his house again became the center of samba in Rio. Together they opened in 1964 the restaurant Zicartola, a gathering place where samba and (post) bossa nova met. In addition, Cartola and Zica worked tirelessly to make Mangueira better for its people. In 1974, he recorded his first LP, receiving awards and the media recognition he deserved. His song, As Rosas Não Falam (The Roses don’t speak) became a classic. Cartola died of cancer on November 30, 1980, at 72.

Emerging in a time of great political and social change, samba, Cartola’s music genre, represented the possibility of a new national identity – the expression of Brazilian’s essence through a new music form. Blending together elements of European and African origins, Brazilians created their own more open and free rhythm in samba. Therefore, as Afro-Brazilians sought fuller participation in a society itself seeking its own modern character, samba emerged as yet another vehicle for social and political articulation. It is worth noting that Mangueira was created in Rio at the same time an active black press appeared in São Paulo and shortly before the creation of Frente Negra Brazileira (1931), the first Afro-Brazilian organized political movement. In Cartola’s work and life, samba was evidenced in all of its social, political, and cultural force.