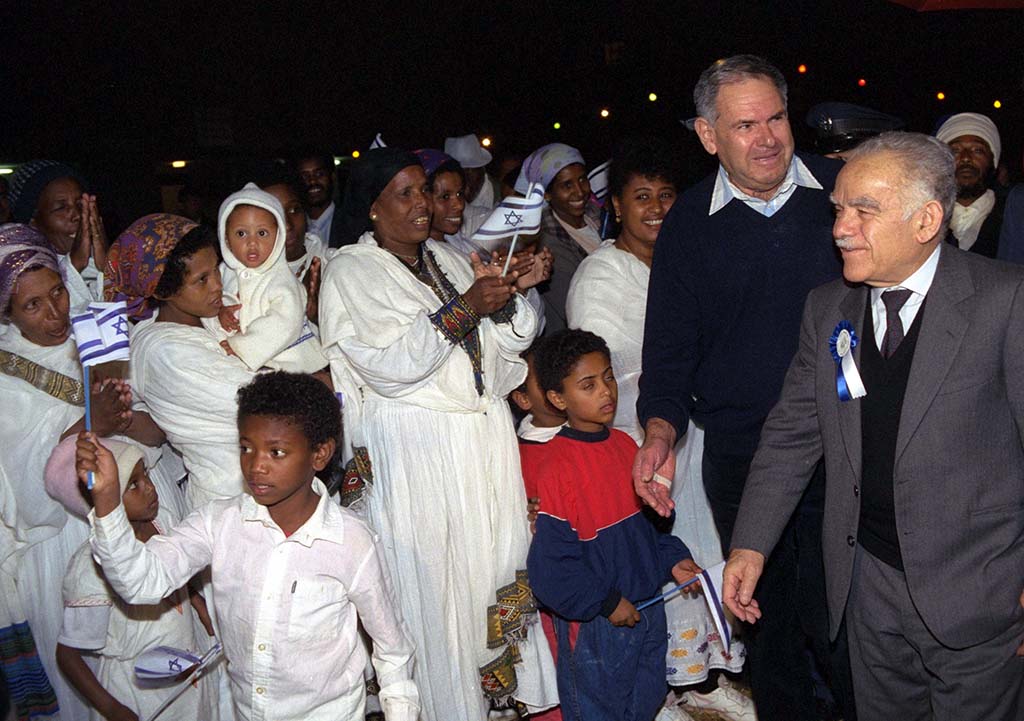 The Beta Israel, meaning House of Israel, are a sect of Ethiopians who practice Judaism. They have also long been referred to as the Falasha, an Amharic word for exile, which has fallen out of favor because of its derogatory connotation. Located in the Northern region of contemporary Ethiopia since their origin, the number of Beta Israel continuing to live in Ethiopia has declined as Israel welcomed them in the 1980s and encouraged them to migrate there.

The rise of Beta Israel dates back to the reign of King Solomon in the late Tenth Century B.C. According to Beta Israel accounts, Queen Sheba of Ethiopia heard about the legendary wisdom of Solomon, the King of Israel, and decided to visit him. Her visit resulted in her being lured into sleeping with the King, which resulted in the birth of their son, Menelik I. Upon reaching his manhood Prince Menelik I embarked on a journey to Israel to see his father. When he departed, Menelik I took with him the Ark of the Covenant which he had stolen from his father.

The Ark of the Covenant, one of the holiest objects of the Bible, was, according to the Bible, built under God’s instruction through Moses. The Ark carried inside of it two stones upon which were inscribed the Ten Commandments as well as Aaron’s rod and the Golden Pot of “Hidden” Manna. Upon its arrival in Axum, according to Beta Israel accounts, the Covenant was quickly concealed and to this day remains in Axum.

With Queen Sheba’s death, Menelik I became Emperor and Judiasm became the official religion of the Empire. Judiasm remained the religion of Ethiopia until King Ezana of Axum was converted to Christianity in 327 A.D. As Christianity swept across Ethiopia, its own rulers adopted the faith. Despite their conversion they continued to claim descent from the Solomonic dynasty created by King Menelik. The Beta Israel became a sometimes revered but more often persecuted religious minority in Ethiopia.

The peak of the oppression of the Beta Israel came in the early 1600s. The Portuguese, who during that time became the first Europeans to reach Ethiopia, advised its rulers that Judiasm represented a threat to the Ethiopian Empire. By 1624 the Beta Israel were stripped of their lands and forced to convert to Christianity. Those who disobeyed were persecuted and many were enslaved. They also became isolated from other Jewish communities around the world.

Over time the harshest measures were eased but the Beta Israel were essentially internal exiles in Ethiopia. Nonetheless they secretly maintained many of their religious traditions and continued to survive state and societal persecution.

In the early 1980s the Israeli government and religious leaders recognized the Beta Israel as Jews. Beginning on November 21, 1984, the Israeli government organized military airlifts to transfer the Beta Israel from Ethiopia to Israel. From 1984 to 1991 Operations Moses, Joshua, and Solomon, as the three airlifts were called, relocated over 20,000 Ethiopian Jews. Despite this highly publicized rescue effort an estimated 25,000 Beta Israel currently live in Ethiopia.