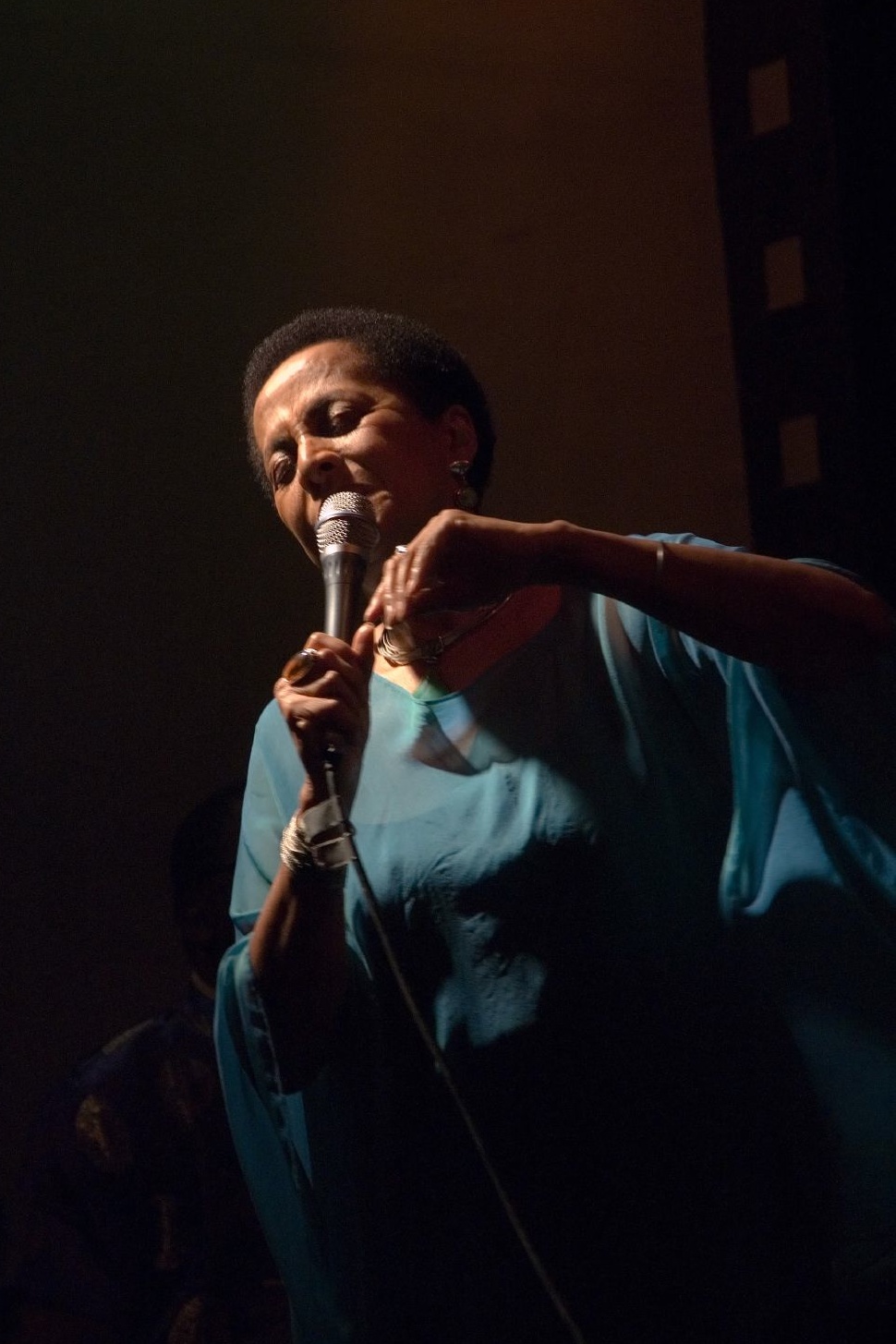 Susana Baca, recording artist and the first Afro–Peruvian to sit as a Cabinet Minister, was born in 1944 in Chorrillos, a seaside district of Lima, Peru, to a working class family. Her father was a chauffeur and her mother worked as cook and laundress for upper class families. Baca began singing at home at a very young age, inspired by the large and festive weekly family gatherings and encouraged by her mom’s passion for various local musical genres. Her father also played the guitar. Baca grew up in a multicultural environment, not particularly aware of her “blackness,” but she clearly recalls the first moment when she felt discriminated against: while in high school, she and other non-white students were not chosen to participate on the school’s dance team because of their skin color.

Baca attended the National Education University in Lima and graduated as a school teacher in 1968, a profession she pursued for a number of years. While at the university, Baca began to frequent Lima’s cultural and bohemian circles where she met poets and musicians. In 1970 she began to conduct research on Afro-Peruvian cultural traditions and music and soon afterwards began performing that music in small venues in Lima and other Peruvian cities. She met popular Peruvian composer and singer Chabuca Granda in the 1970s, who helped Baca consolidate her research and artistic performances.

Between 1982 and 1991 Susana Baca released seven records, most of them produced by Pregón, a company she founded with her husband, Ricardo Pereira. The couple also founded “Instituto Negrocontinuo,” in 1992, a center for the preservation and promotion of the black cultural heritage in Peru. Later that year Baca released a music CD, Del fuego y del agua, along with a book of the same title co-written with her husband and Francisco Basili. The book’s subtitle was “The contribution of black people to Peruvian popular music.”

Two years later she and Pereira founded the “Cultural Center for Memory” in Santa Barbara, a district in the province of Cañete, about 100 miles south of Lima. Santa Barbara has a strong Afro-Peruvian history and cultural presence and the Center organized an archive and library to preserve local Afro-Peruvian musical traditions.

In 1997, David Byrne, an American musician, produced a CD titled The Soul of Black Peru. This project brought together some of the most renowned artists representing the Afro-Peruvian music traditions including Baca whose rendering of the popular song “María Landó” brought her international fame. Baca subsequently performed in dozens of countries in Europe, Africa, and the Americas. In 2002 she received a Grammy Award for her contributions to the preservation of Afro-Peruvian music.

In July 2011, Susana Baca became the Peruvian Minister of Culture. She is the first person of African descent ever to occupy a cabinet post in Peru.